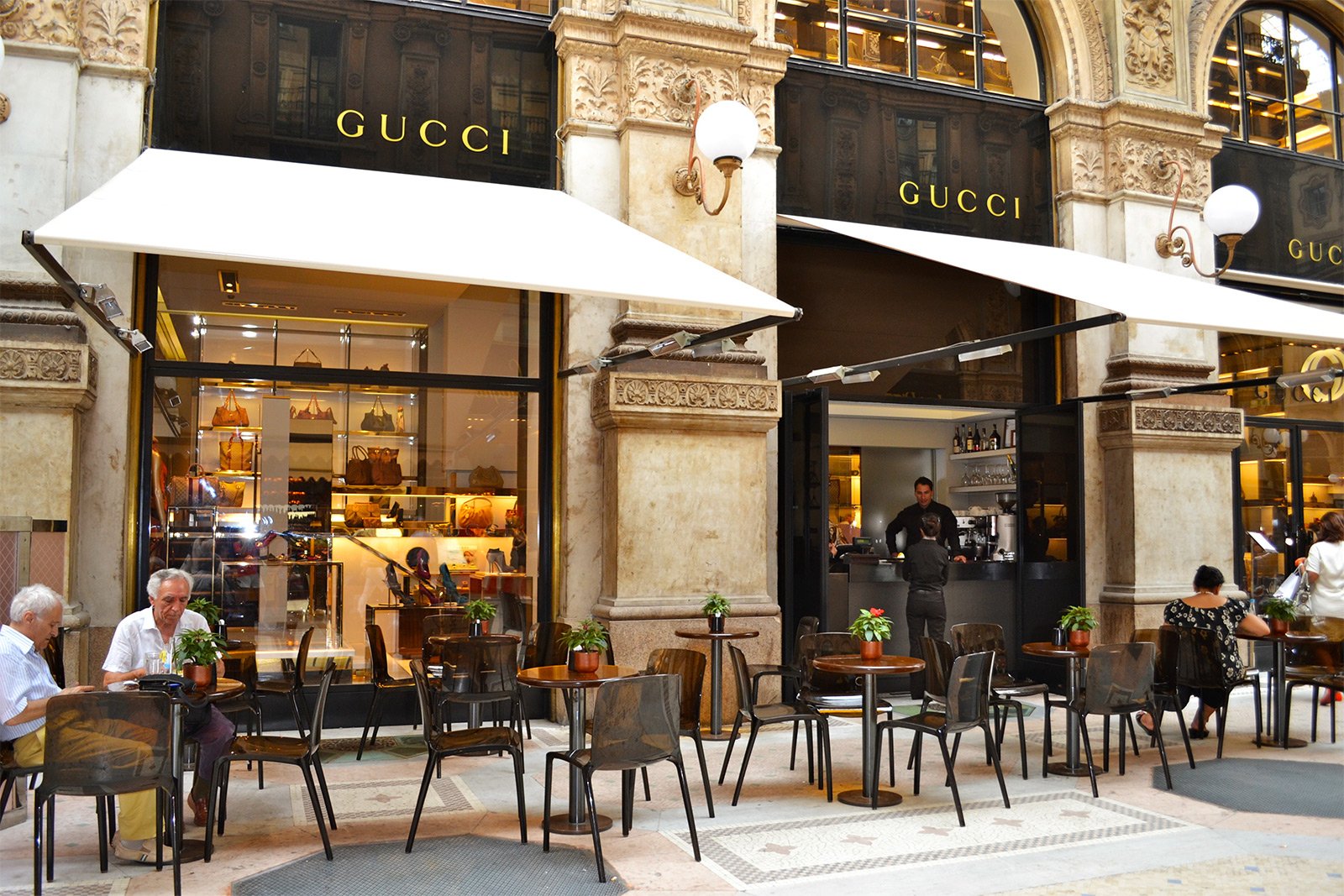 Gucci Café can be found in the gallery Victor Emmanuel II, next to the boutique Gucci. The coffee shop serves a delicious cappuccino and unusual chocolates with the logo of the brand Gucci.

Inside the coffee shop is the special atmosphere of the quiet island of tranquility with a slight touch of luxury. This place is popular among Milanese shoppers, that make a break from the shopping path.

Gucci Café on the map