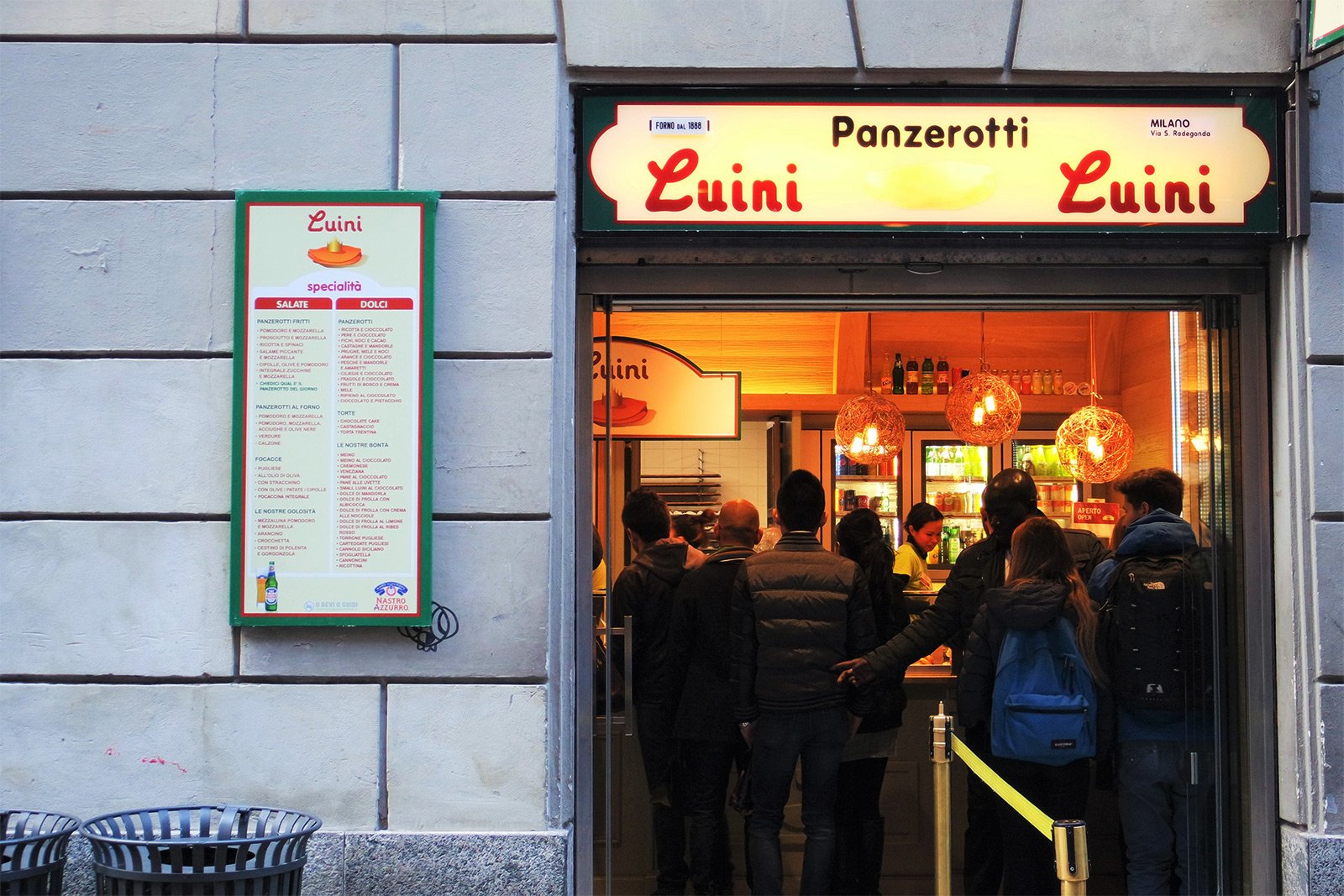 There are always long queues, because Luini Panzerotti sold the most delicious fried cakes, which they call panzerotti.

Once the owner of the place, arriving from her native Puglia in Milan, decided to cook a traditional dish of her homeland. In Milan, everyone was delighted with the panzerotti and now Luini Panzerotti is famous around Italy. The most delicious panzerotti here are with tomato and mozzarella, but also there are with roasted onions, ham, cocoa and nuts, berries.

Luini Panzerotti on the map