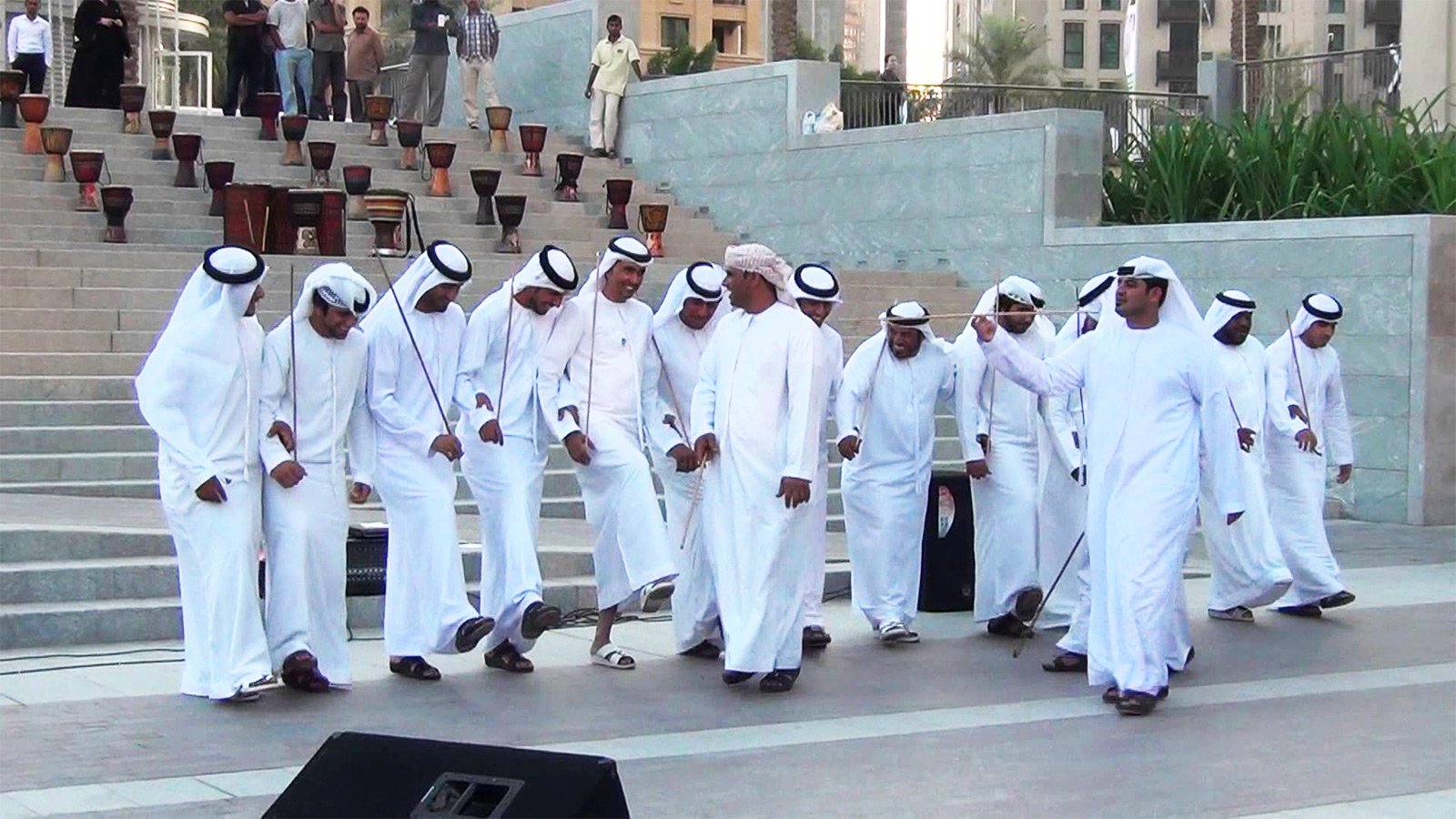 Men in white clothes line up in two rows, opposite each other. They hold a long cane with one curved edge in their hands. This is an obligatory attribute of the dance.

It is performed to the beat of drums. The musical accompaniment and screams during the dance once filled the tribe with a warlike spirit. The dance has several meanings - it glorifies the victory and symbolizes the unity of the Arab tribes.

Yowla can be seen both in the remote places of the Emirates, and at festive events of national scale in the center of the capital. 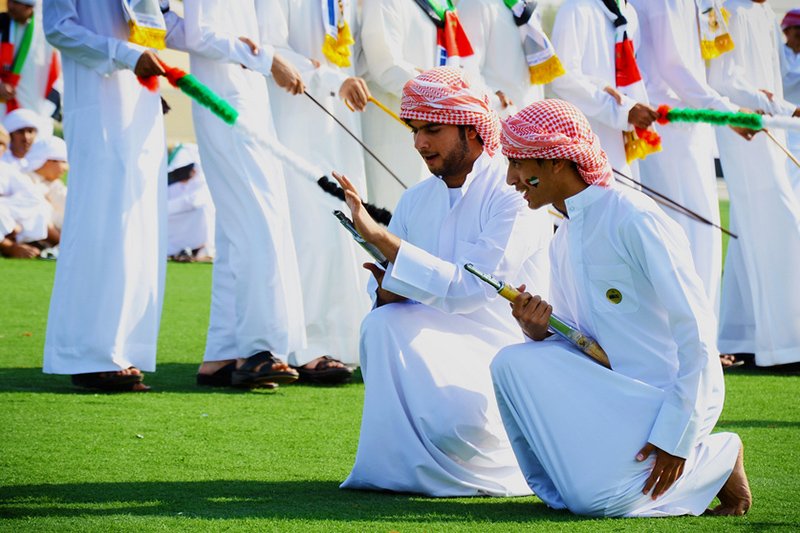 1. You can see the yowla dancing at an Arab wedding or during any national holiday. For example, it is performed at the annual Qasr al-Hosn festival. You can even join the dancers, if you know the moves. 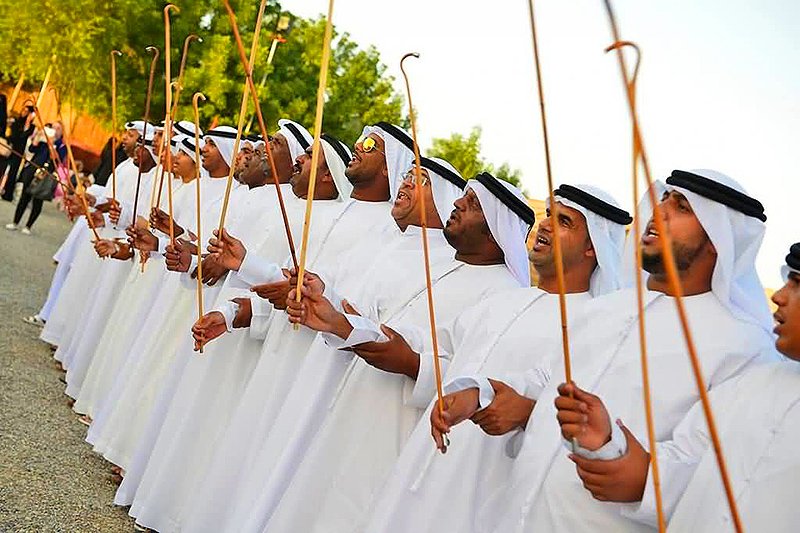 2. The festival is held next to the ancient Qasr al-Hosn palace, which belonged to the ruling Al Nayan dynasty for a long time. It`s located on Zayed the First Street, next to the park. The buses 032, 034, 005, 054 run here.

The festival is held annually in February.
← Take safari on Sir Bani Yas#3 of 27