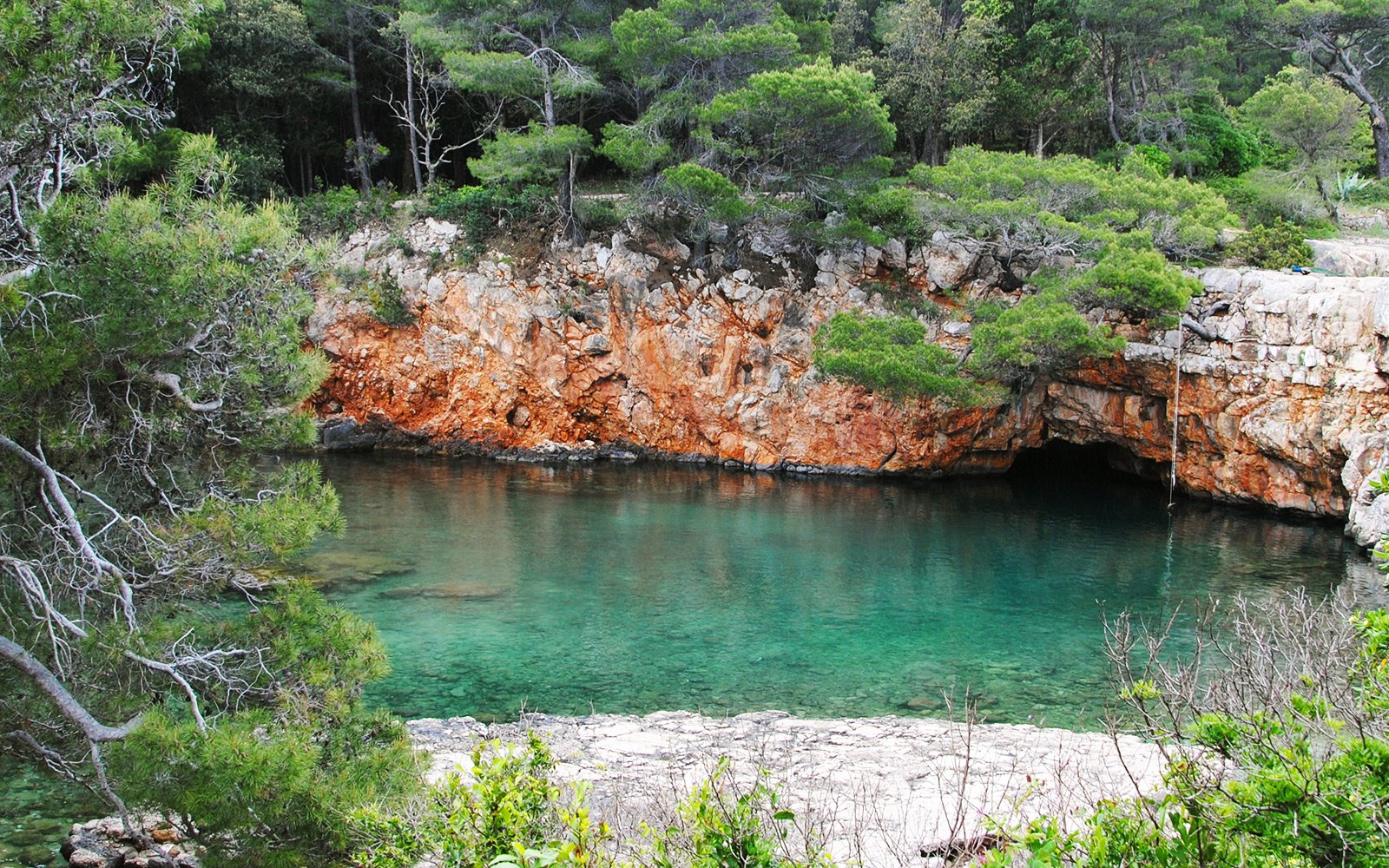 A small lake on the Island of Lokrum has its gloomy name because of the salt water - in fact it is a picturesque place with clean seawater, fish schools and trees hanging over the lake.

The Dead Sea lake (Mrtvo More) is wild and you won't find sunbeds, showers, and other benefits of civilization here. But meanwhile you can swim in crystal-clear water in the company of numerous peacocks strolling on the shores of the lake.

You can feed peacocks on Lokrum Island - they are very friendly and are not shy at all.

The Dead Sea on the map