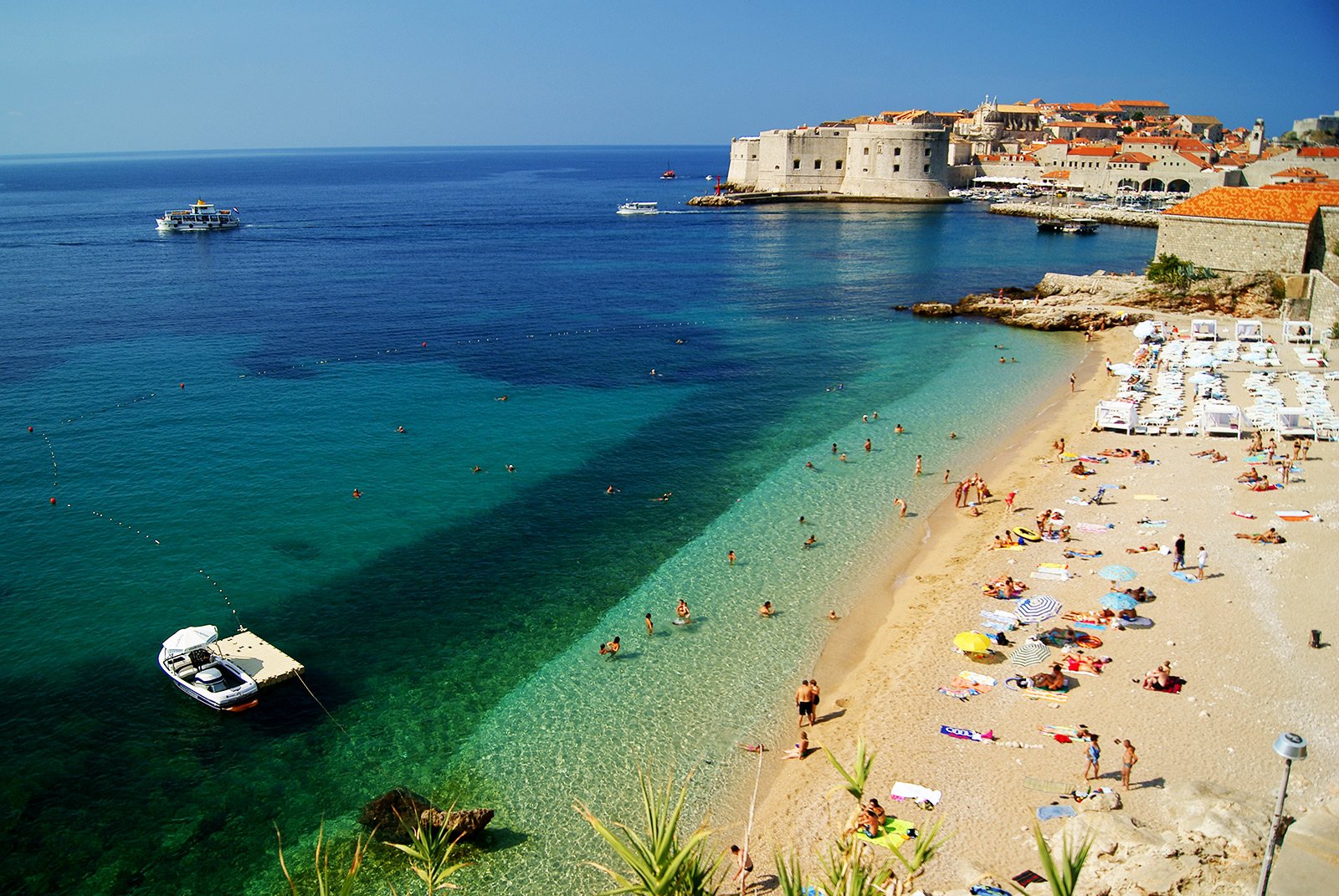 This is the most famous beach in Dubrovnik and as you realize the most crowded one. Firstly, it's very beautiful here - the beach offers great views of the bay, the Old Town with its famous Walls and the island of Lokrum. Secondly, the location in the city centre is really very convenient. And thirdly, you can find a lot of activities here - beach volleyball and football, boats and parachutes, watertubes, kayaks and jet-ski.

There are also a lot of cafes and restaurants near Banje beach. There is a shower (1 kuna) and changing cabins as well. You can rent sun beds and umbrellas (sun bed costs 100 kuna pp).

Banje Beach on the map