You can visit this place in one of our tours.Choose
The staircase from the fifth season of Game of Thrones: here Queen Cersei held the walk of shame returning to the Red Keep and passing "redemption". 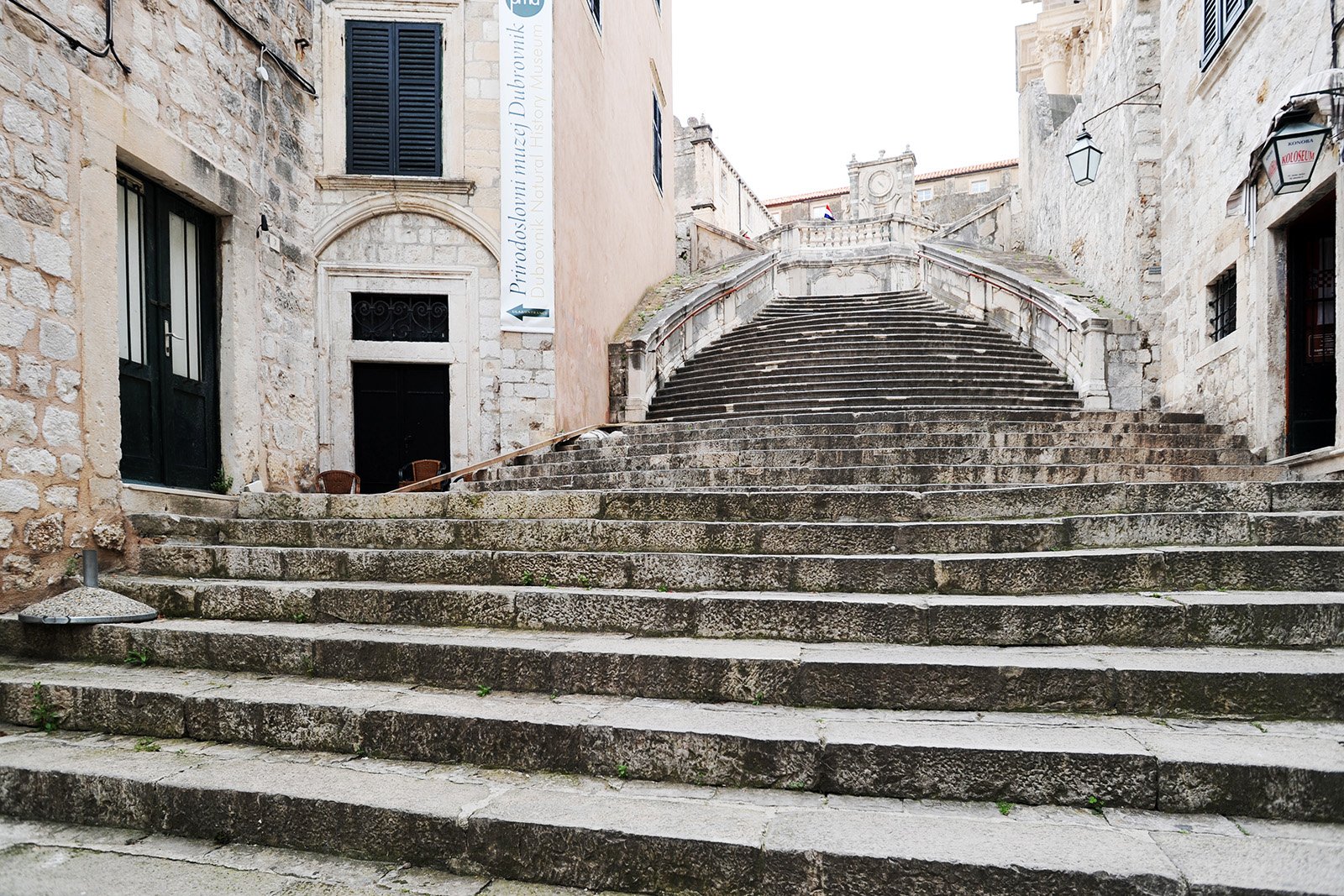 Jesuits staircase made in the Baroque and similar to Spanish stairs in Rome is perhaps one of the most recognizible point of interest in Dubrovnik. It is the very same place where the most explosive episode of "Game of Thrones" was filmed. Coming down the stairs, naked queen Cersei prayed for forgivness. This episode made the Jesuits stairs really legendary place in Dubrovnic.

Jesuits staircase on the map