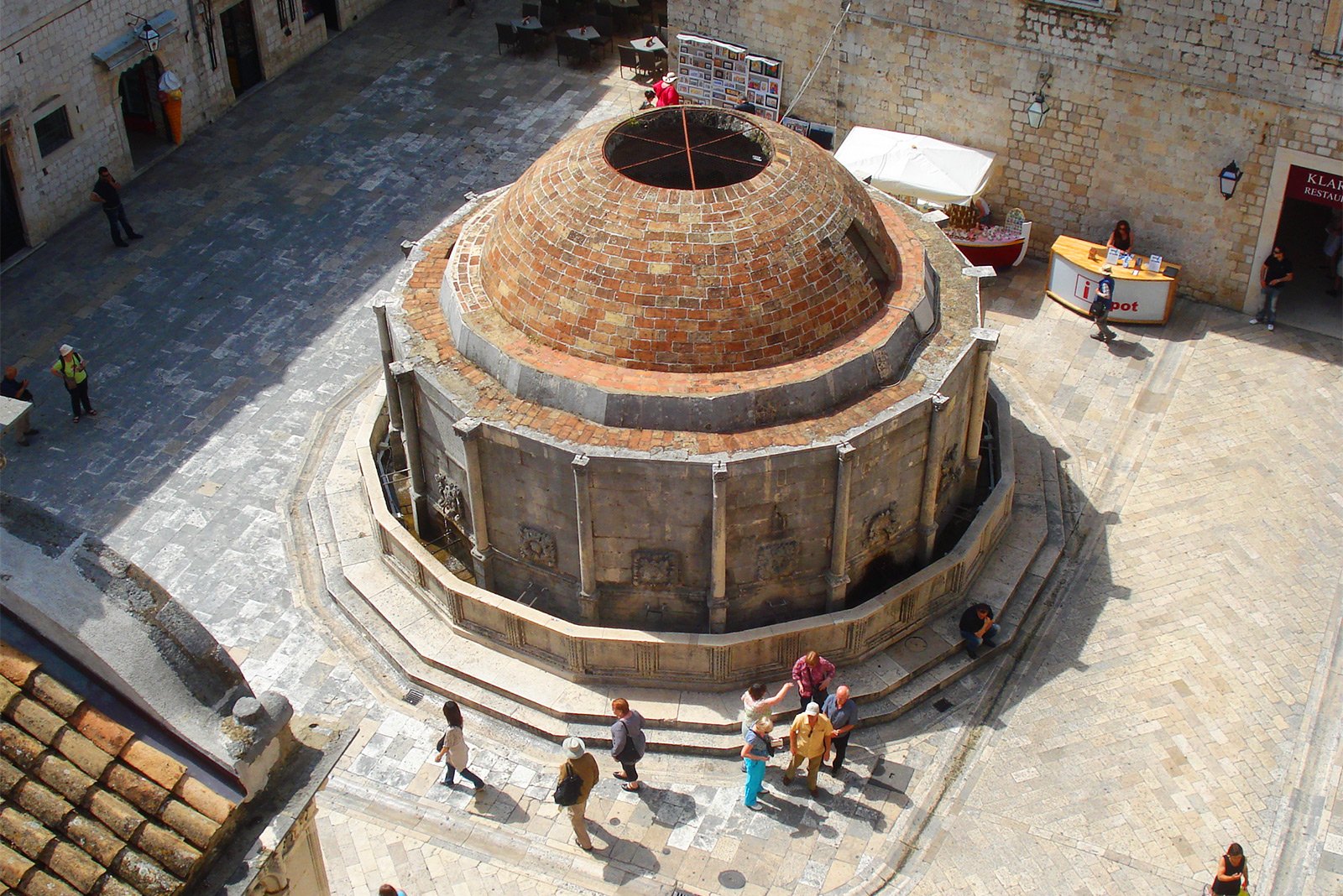 The fountain was built in the 1430s. It was connected by aqueduct system with springs located a few kilometers from Dubrovnik. The fountain is designed as a huge central dome with sixteen water taps around it. Each tap is decorated with a unique stone mask. 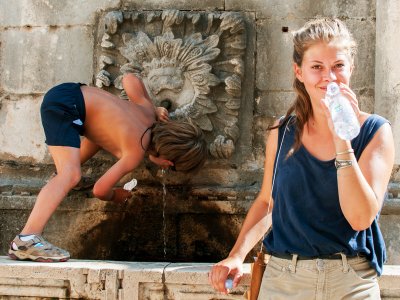 Large Onofrio's Fountain on the map