You can visit this place in one of our tours.Choose
In the Energrtik cultural palace the concerts, parties and sport events were spent. Recently, a sign was again lit up on this building in Pripyat. 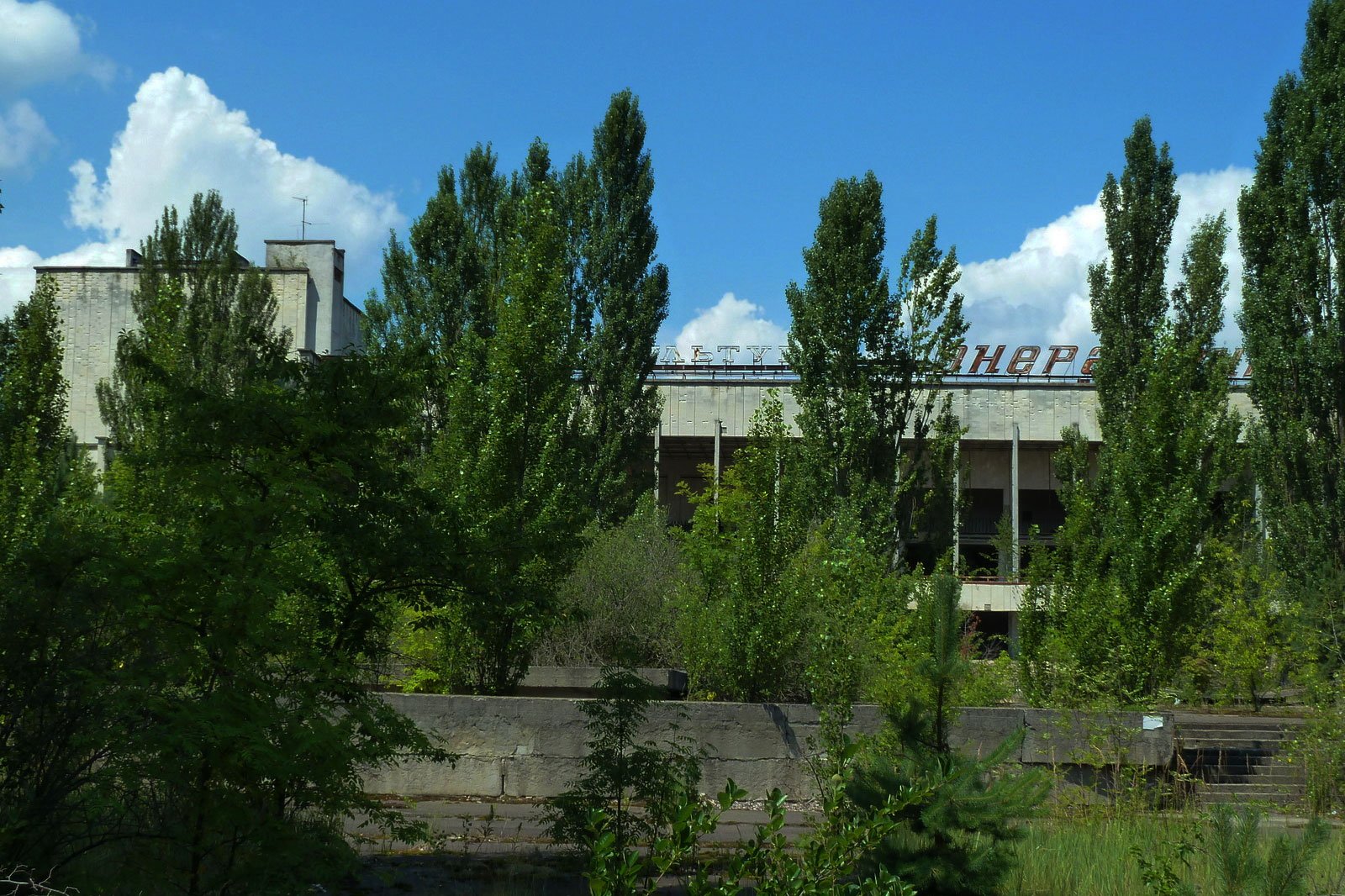 In 1970, in the young developing city of Pripyat, the Palace of Culture was built to with white marble decoration, with cinema for 800 people and spacious hall. Also the gym, the hotel, the restaurant and even shop and pharmacy were located in this building.

Here were spent literaly stuios and theatre perfomances and the radiastation, placed here, has the most modern apparatus. 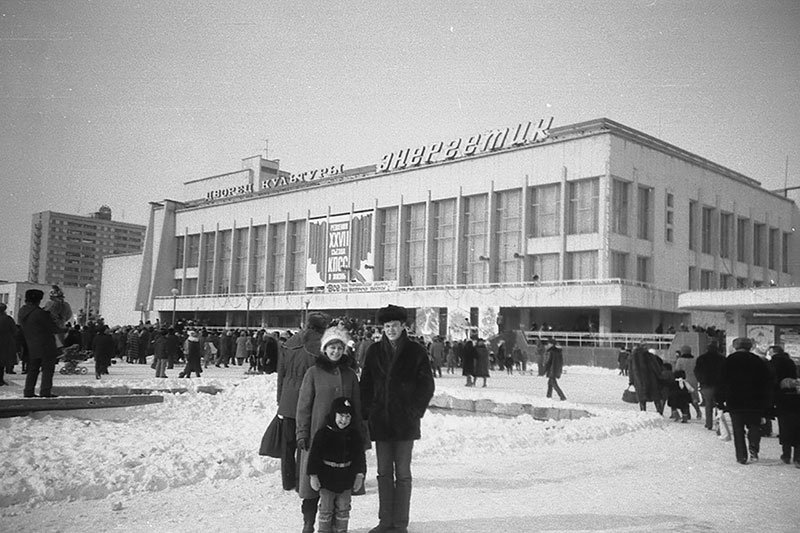 Photo: Palace of Culture Energetik in 1986

Now Energetik as desert as the other Pripyat buildings. The difference is in the fact, that the light was recently turned on once again on it's facade: in October 2016 Moscow stalkers lit the Energetik signboard using diodes connected to the battery. 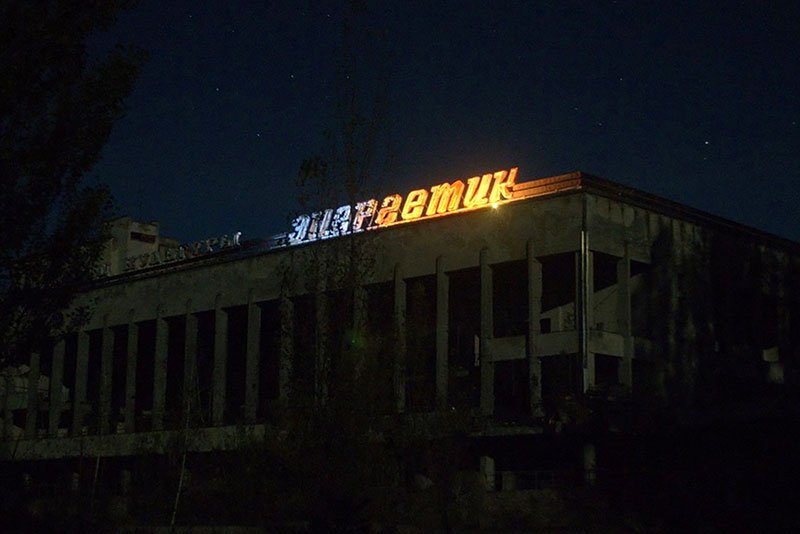 
Palace of Culture Energetik on the map