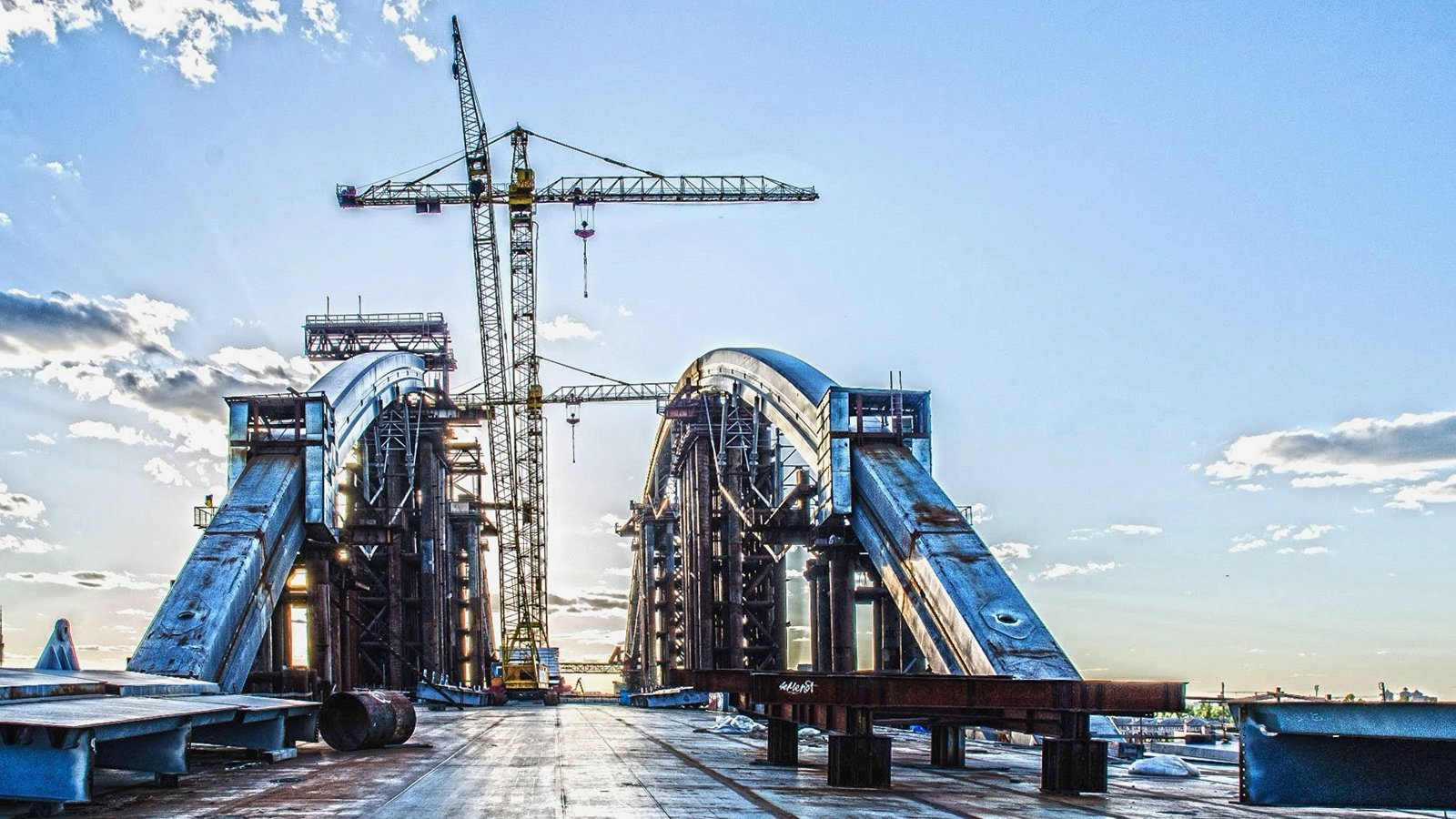 The bridge that connects the city center and the left bank, for Ukrainians seem to be just a fairy tale, which for more than 40 years has been told by the officials of the capital. One by one, they promise to complete the huge bridge, where the first tier will have six lanes for cars, and on the lower extension the subway line will be located.

This dream every year becomes more and more unreachable, because the construction has long been suspended, the bridge slowly covers with rust and becomes worthless. But probably the only people interested in this are the roofers and jumpers who like to climb the high bridge construction in order to get a little adrenaline, take a few photos or bend it off with the bungee.

Podilsko-Voskresensky Bridge on the map