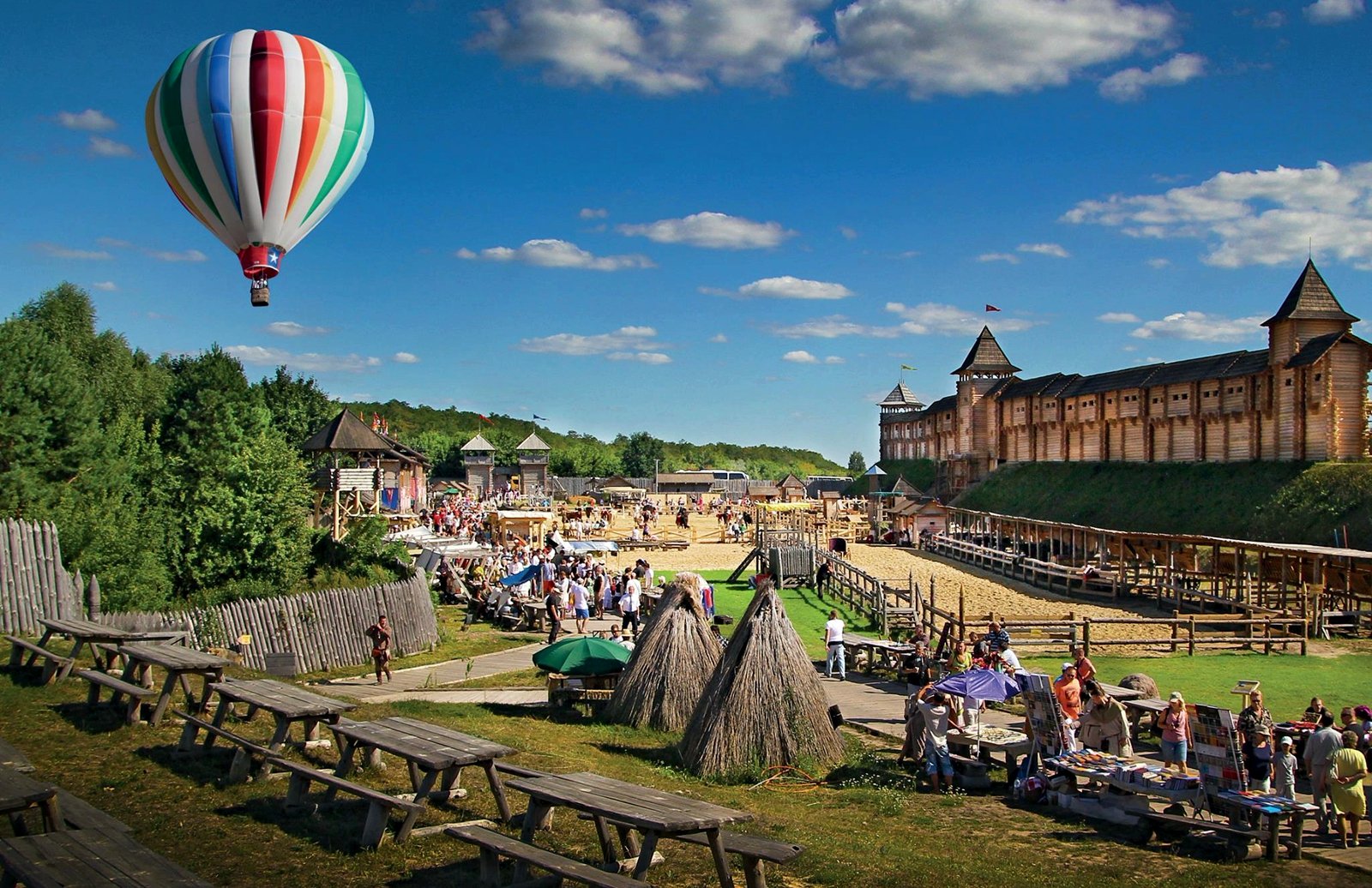 Park Kievan Rus is an exact copy of the city of Vladimir (Detinets Kiev) on a scale of 1:1 with nine-meter shafts, fortress walls, watchtowers, manors, trade shops of craftsmen and churches.

Here you can shoot from the bow, learn horse riding, try the Kiev soup, as it was prepared in the old days, take part in various master classes, watch horse performances, knight battles, listen to ethnic music and immerse yourself in the atmosphere of antiquity.

Kievan Rus Park on the map

Location: Kiev region, the village of Kopachi, Lenin Street 17-a.