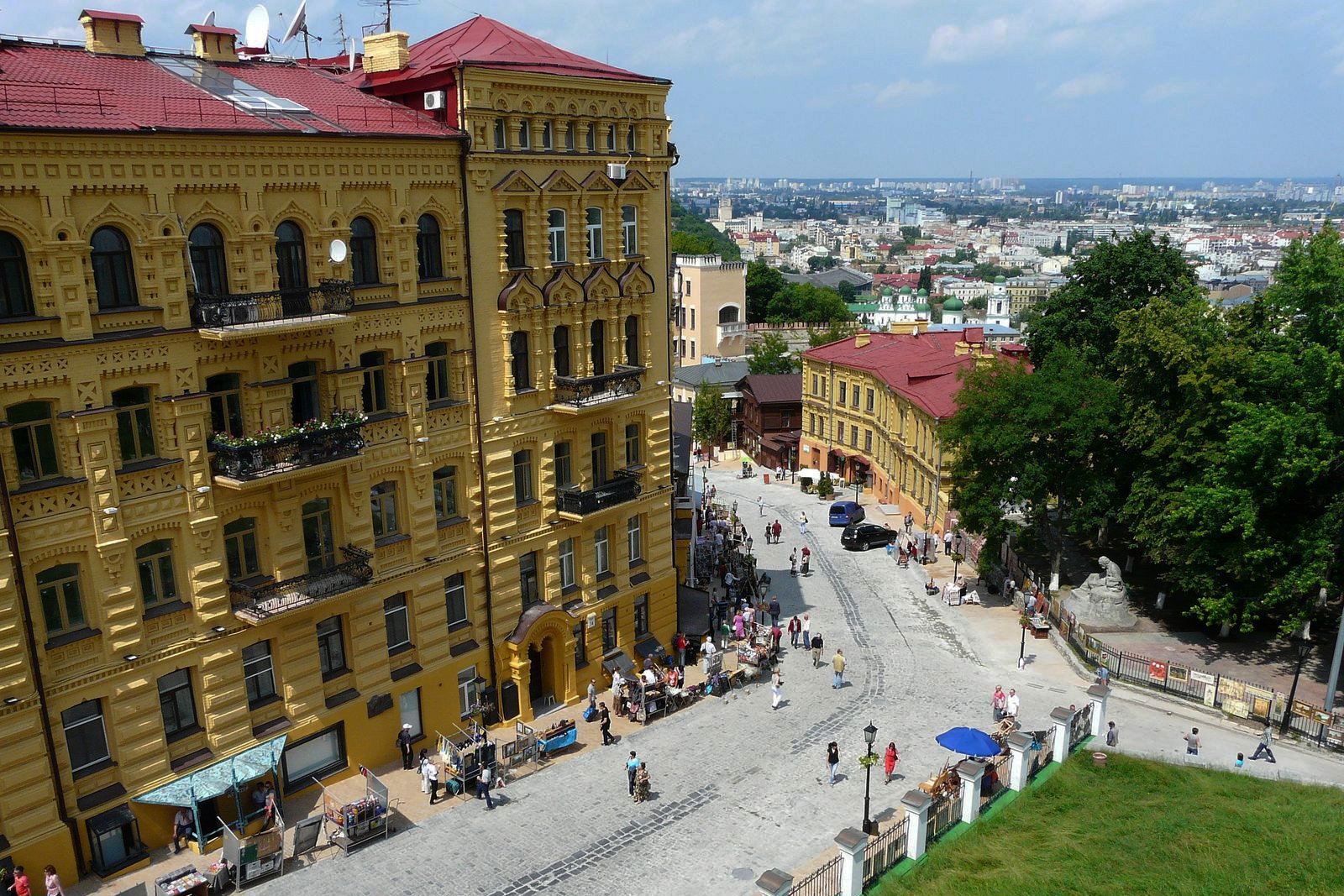 Andrew's Descent is a museum of Bulgakov and Castle of Richard the Lionheart, antique and souvenir shops, street artists and musicians, the heart and soul of the city. Andrew's Descent connects the Upper Town (Old Kiev) and Lower Town (Podol).

At Andrew's Descent lived and worked many famous people of Russia and Ukraine.

Andrew's Descent on the map