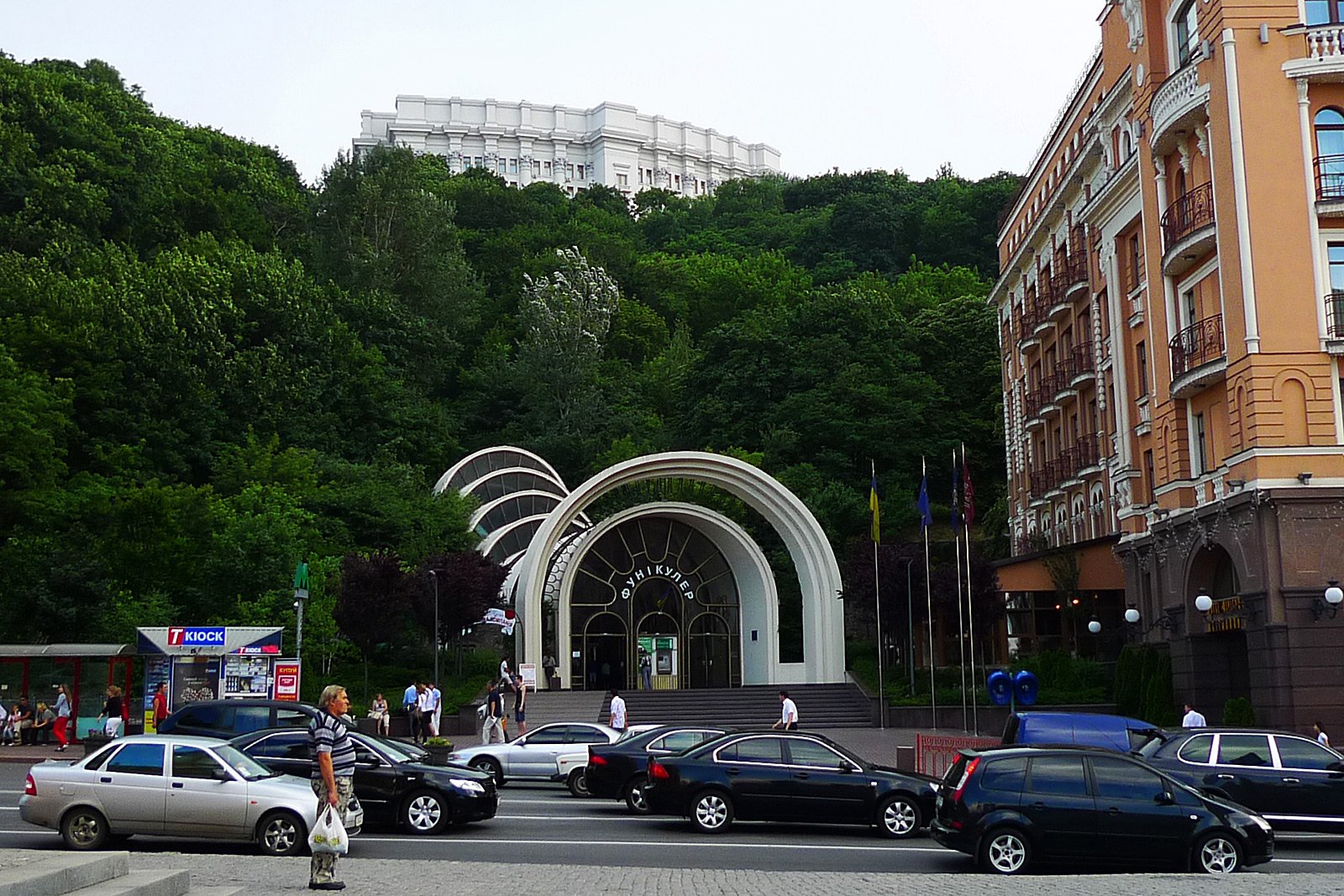 Funicular in Kiev is located near the Postal Square and River Port, and the upper station is on a terrace of Saint Volodymyr Hill.

The rail length is about 200 meters, the cable car is not very fast, it rides from one station to another in 7 minutes. During this time you can see Podol, a River Port on the Dnieper and the Truhanov island.

Funicular on the map