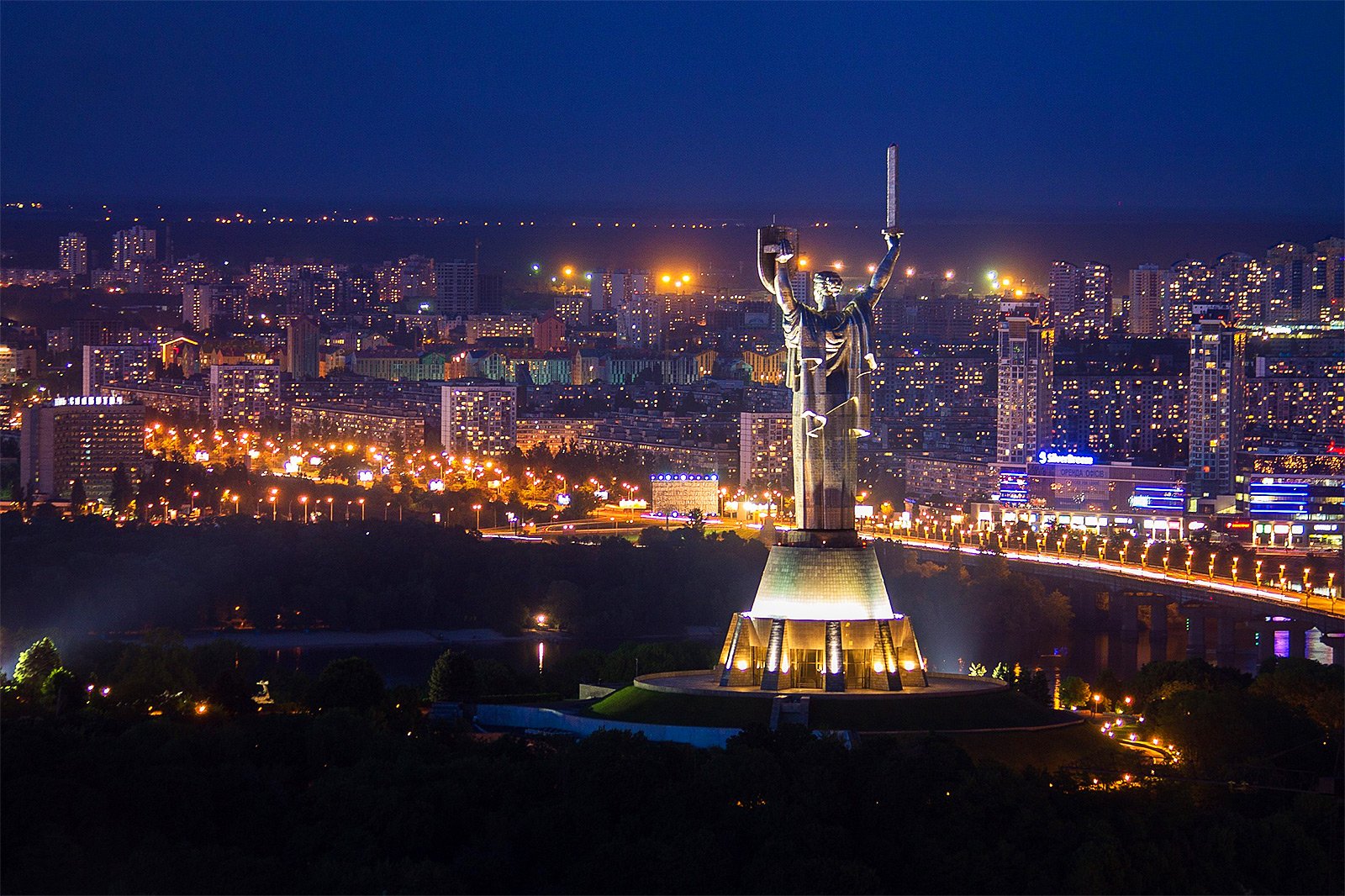 Mother Motherland is located on the right bank of the Dnieper River. The height of the monument Motherland - 62 meters. Inside there are two elevators leading to two viewing platforms - lower (at the feet of the statue) and the top (in the head).

Next to the statue is a memorial complex, which includes the monument, the main area of ​​Avenue of the hero-city, bowl "Fire of Glory", a lot of statues dedicated to the wartime, museum where you can see the plane Li-2 and Mi-24V.

Originally, the architect wanted to cover the statue with gold leaf, but soon this idea was abandoned and trim was made of steel. It is believed that the statue should stand for more than 150 years, and can even withstand a 9-point earthquake.

Mother Motherland on the map