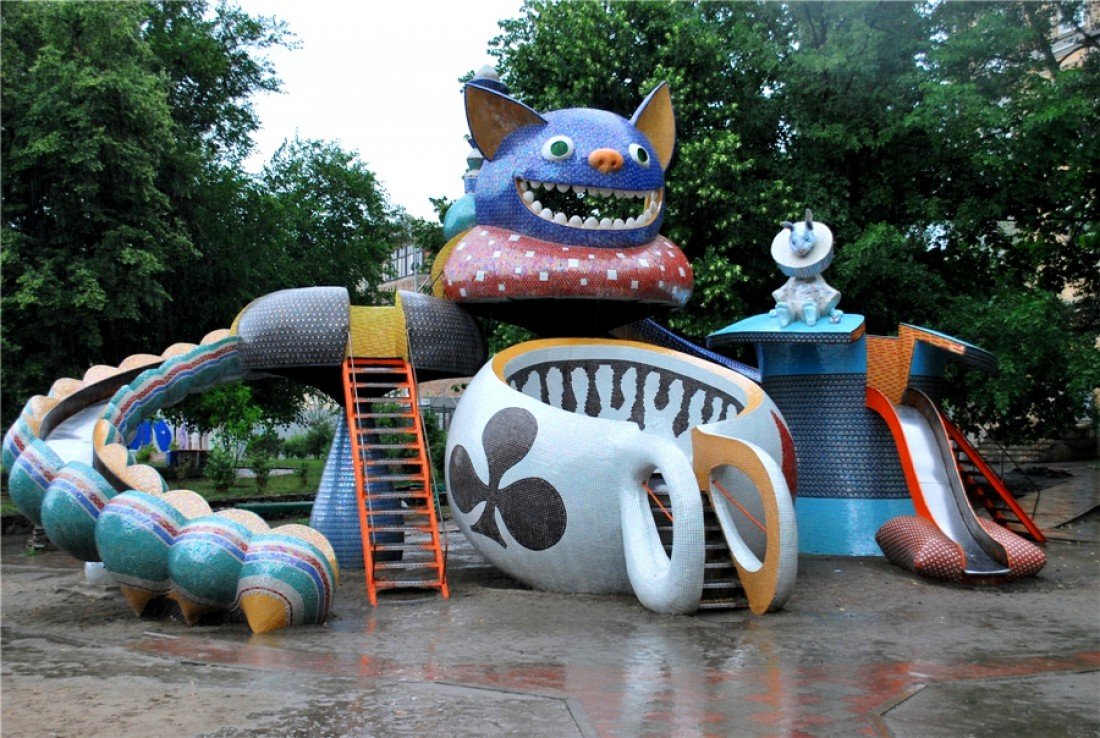 About a kilometer of the road - from the Bolshaya Zhitomirskaya street to the Museum of History of Ukraine - was turned into a real fairy tale for adults and children. In the X-XIII centuries there were defensive sand-walls of the Upper town. Now there`re cozy courtyards full of original installations in their place.

30-meter multicolored mosaic depicting the heads of children and animals, a girl sitting on a huge pile of pillows, children's playgrounds with slides in the form of characters from fairy tales. Another one playground was created recently. It was designed in the style of the fairy tale "Alice in Wonderland".

It's hard to believe that in the last century a landscape alley was created as part of the future architectural and historical reserve "Ancient Kiev". But the plan was never fully completed. In 2009 a group of sculptors under the direction of Abraham Miletsky began to work on a project in order to create an art open-air museum.

Landscape alley on the map