Take a selfie in the mouth of a cat at Landscape Alleyin Kiev, Ukraine 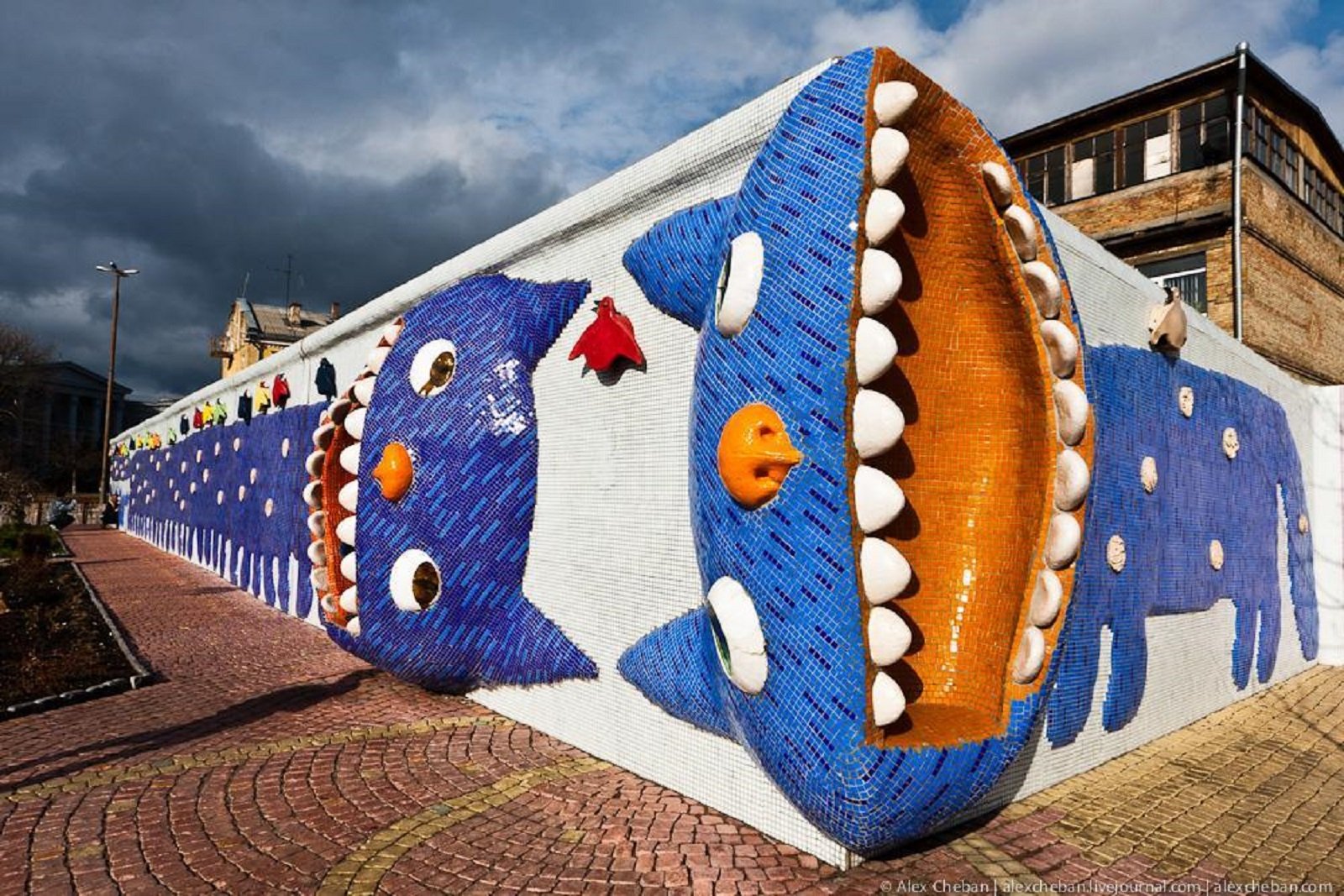 Only the lazy one hasn`t taken a picture yet in the mouth of a huge centipede cat. And if it's scary to get inside, there are several blue kittens nearby, Cat-bench, Cheshire Cat, Little Prince and many other sculptures. One can also get interesting photos of them.

All these installations appeared here for a reason. The Art Museum in the open air was built at an important historical site. In 2012 the alley received the status of natural monument of local importance.

Two centipede cats 30 m long appeared in 2009. A talented sculptor created not only them, but also small mosaic kittens nearby. Both cats decorate the walls, open mouths widely and show their white teeth to the passersby.

1. Go to the beginning of the alley. It's Bolshaya Zhytomyrska Street, 36 or 40, or Desyatinny Lane, 7a at the other end.
2. Find two blue cats on a concrete fence.
3. Take as many pictures as you want. It's absolutely free, as the entry to the territory of the art museum.
4. If you go from Bolshaya Zhytomyrska Street, at the opposite end you will find the linden that is more than 350 years old. It is believed that it was planted by Petro Mohyla himself. Touch the tree and make a wish.
5. There is also the observation deck. You can see not only the alley, but Podol, and the Dnieper from it.

While going to the "cats", on the right side you can see the oldest staircase in Kiev, which is about 300 years old. Watch closely in order not to miss.
← Get into ukrainian mud hut#25 of 26 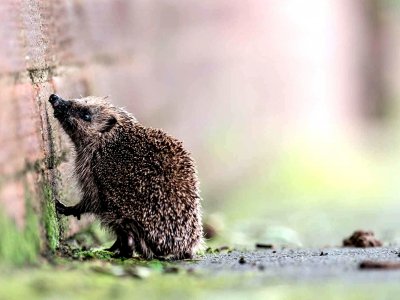 Attention! Dangerous! The hedgehog season in Kiev just began. Small prickly creatures go out hunting and walk around the city. Do not become their prey. 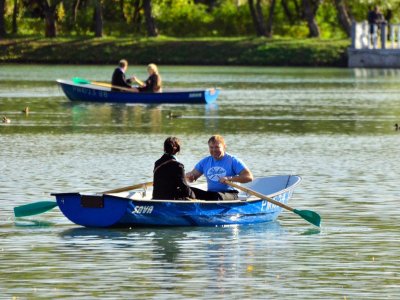 Horilka is a strong national Ukrainian beverage, which is an integral part of any solemn event. Taste it with salo!

Try the very first Ukrainian fast food and probably the cheapest one, which is prepared following the constant recipe for 35 years. 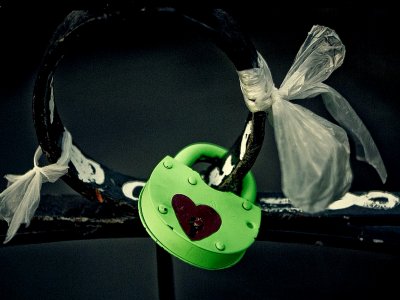