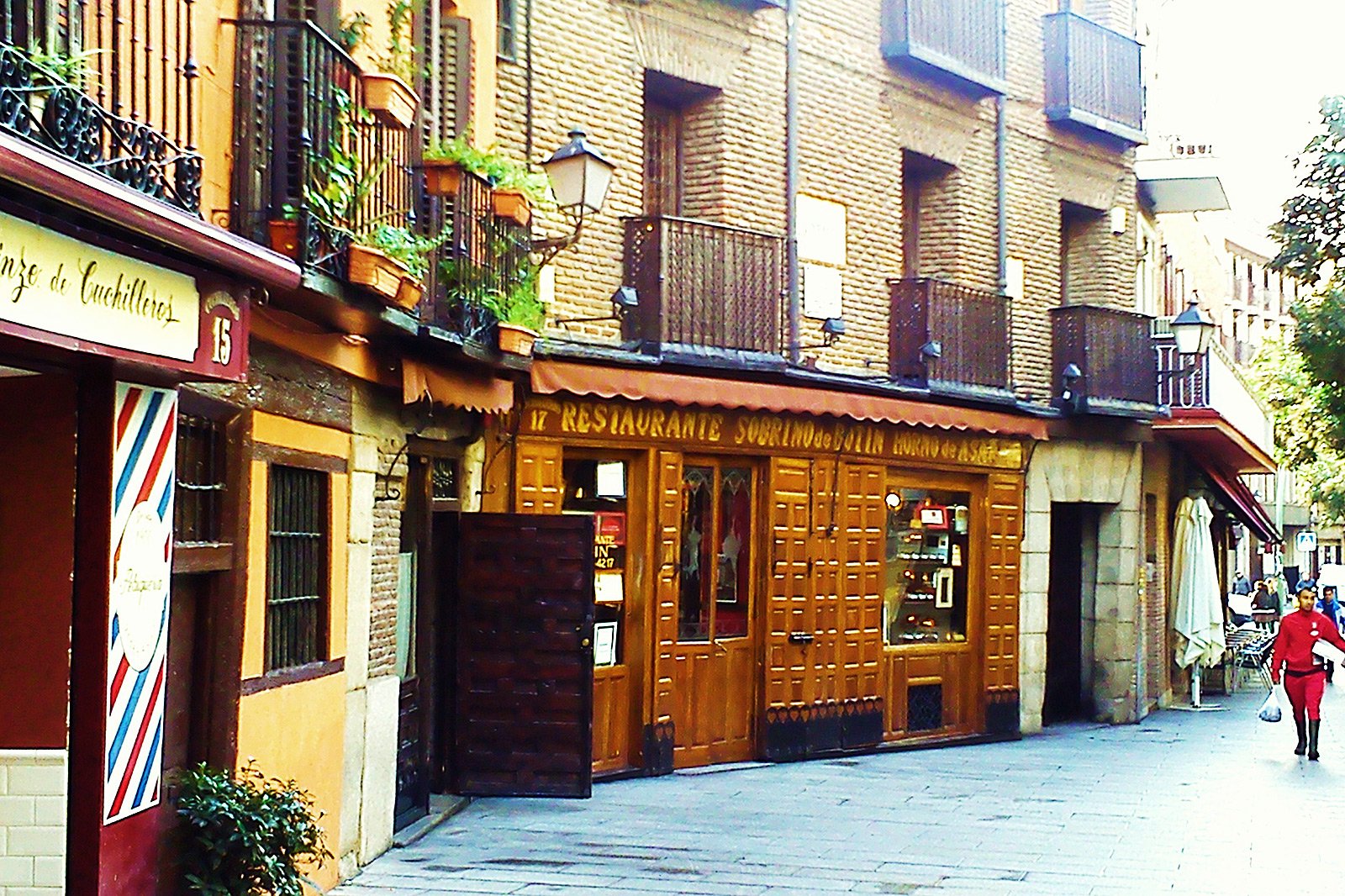 Botin Restaurant was opened in 1725 and is currently considered to be the oldest restaurant in the world, as evidenced by a sign on the Guinness. It is located near the central square Plaza Mayor.

At the time of its opening, Botin was called tavern, because restaurants in those days were called only those places that resemble Parisian places.

Inside the Botin Restaurant is still evoking the atmosphere of the 18th century, there is still working old oven, which was built in the same time with Botin Restaurant and in it maintained a temperature that is ideal for roasting restaurant's specialties - suckling pig or lamb.

The Botin Restaurant is known for the fact that here worked as a waiter Goya - he waited for the answer of the Royal Academy of Fine Arts of his acceptance. Here also is a table where wrote his books Ernest Hemingway. There is a legend that when the great writer had no inspiration, he started coming up with cocktails for the restaurant, and then he tried them.

The Botin Restaurant serving Castilian cuisine, there is a menu in different languages, and in the evenings here you can hear traditional music and see musicians are in national costumes.

The average bill in the Botin Restaurant is €40.

Have a dinner in the oldest restaurant in the world

Botin Restaurant on the map