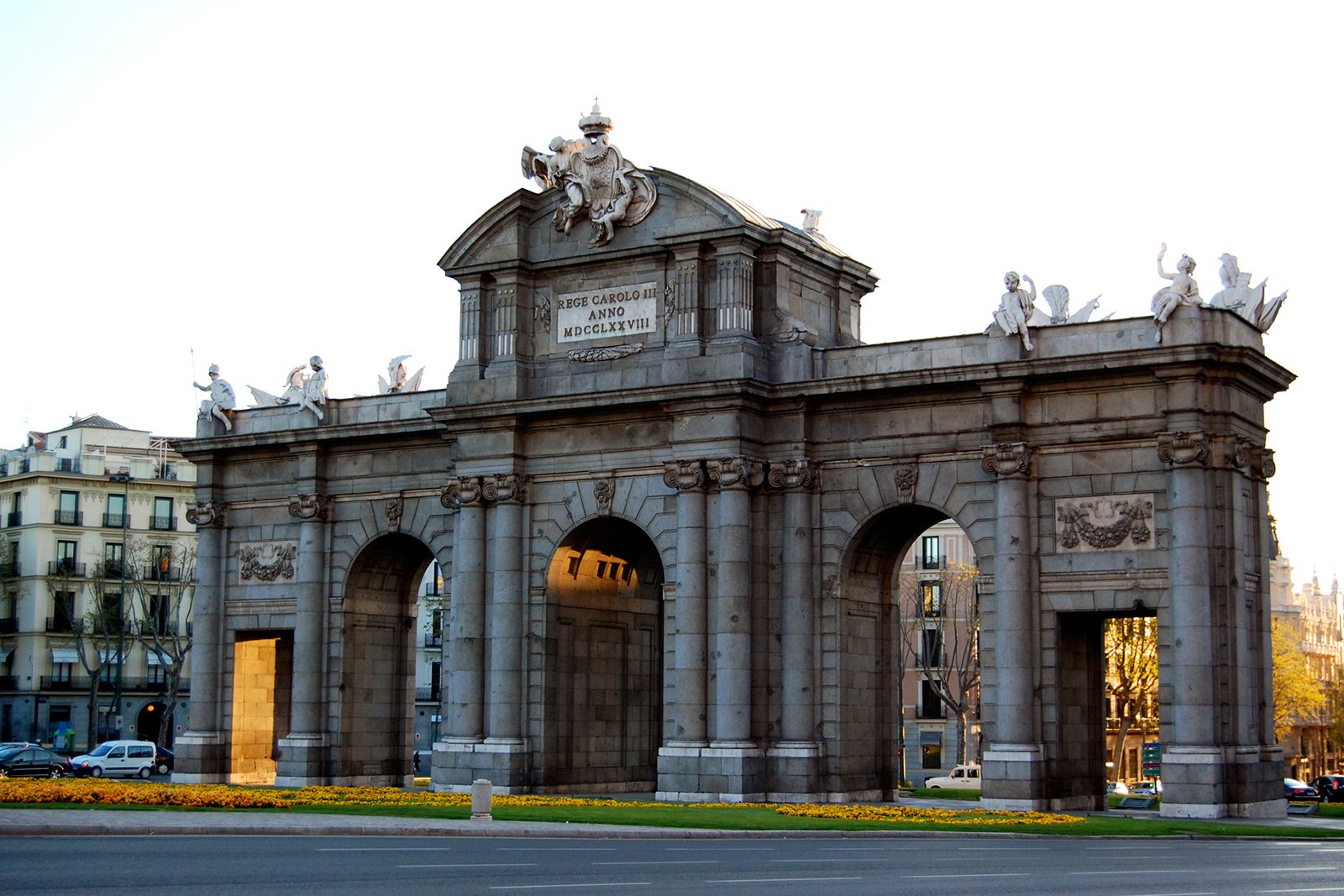 Alcala Gate (Puerta de Alcalá) in the Independence Square (Plaza de la Independencia) is located next to the Buen Retiro Park (Parque del Buen Retiro). Initially, in its place there was another gate that King Philip III constructed in honour of his wife.

When Charles III came into power, he decided to transform a simple gate and make it more suitable to majestic splendour of Madrid of those times. They held a competition to decide who will be an architecture of the gate and the best candidate was, for sure, the Italian artisan Francesco Sabatini. It was he who undertook the construction of the Alcala Gate and turned it into a masterpiece.

Alcala Gate consists of the three semicircular and two rectangular arches on the corners. On the side arches there are placed the figures of four virtues - wisdom, justice, courage and moderation.

Alcalá Gate on the map