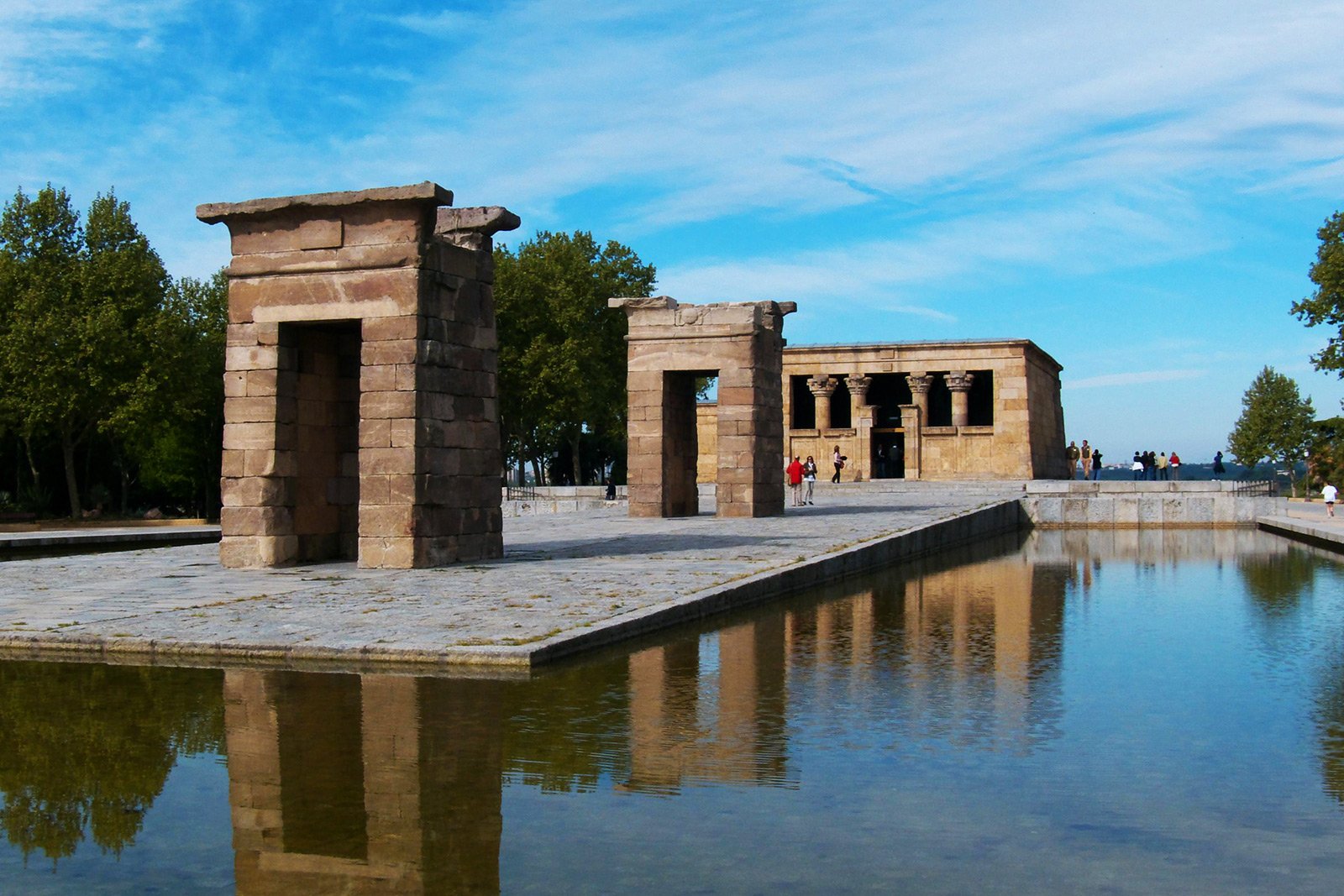 Egyptian Temple of Debod (Tempo de Debod) was presented to Spain by the authorities of Egypt as a gift, because Spain helped to save the most historic temples during the threat of flooding in Egypt. It was transported to Spain and restored in its original form.

In the Temple of Debod you can see the characters who glorify the god Amun. It was built on the banks of the Nile and was originally dedicated to Amun, until in Egypt appeared the new pharaohs and temple did not become the center of the cult of the goddess Isis.

From the terrace of the Temple of Debod you will have a beautiful view of the Casa de Campo and the Oeste Park.

Debod Temple on the map