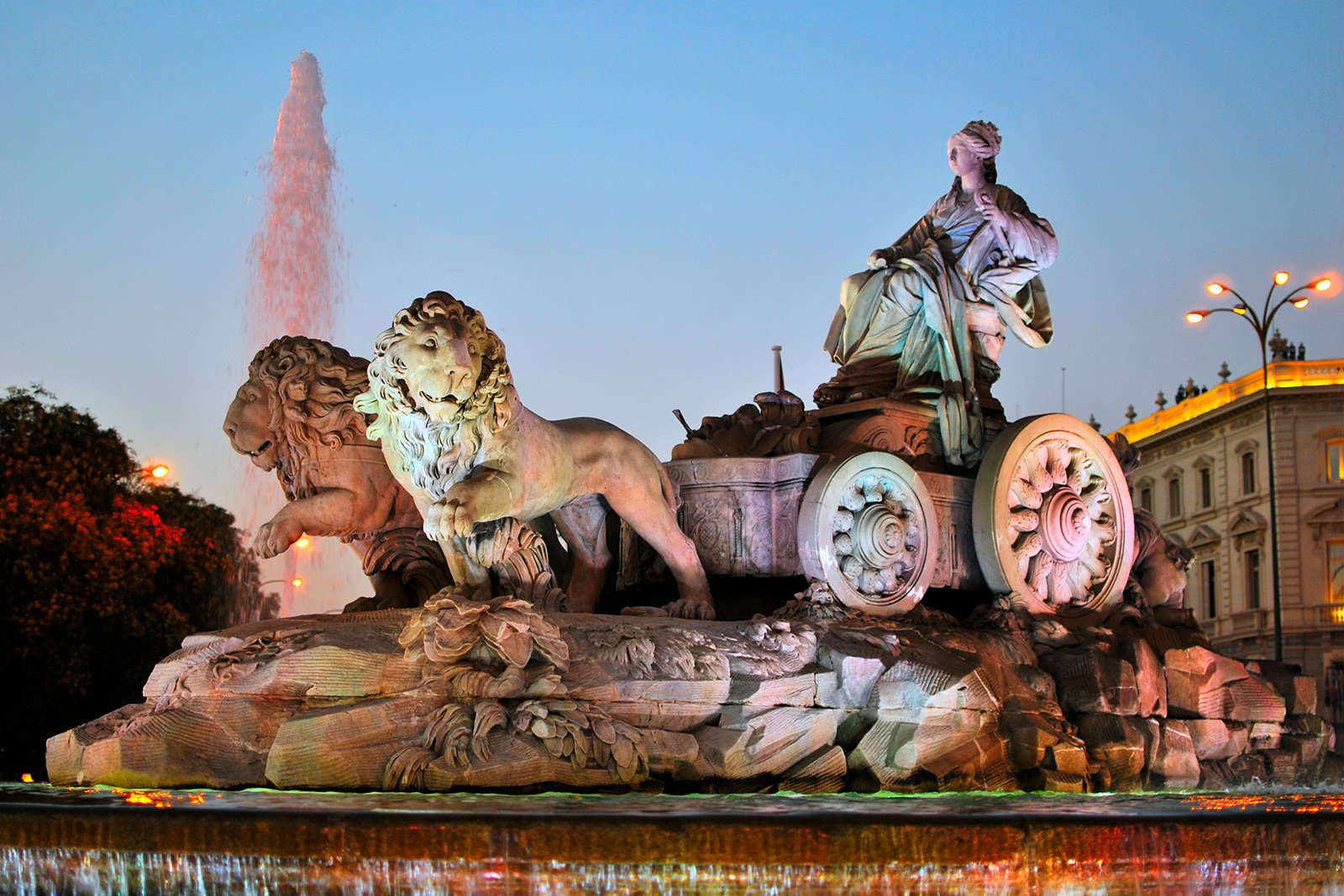 The Cibeles Fountain in the center of the square is surrounded on all sides by its faithful companions - Buenavista Palace, where is the General Staff of the Armed Forces of Spain, Linares Palace, the Palace of Communications, which became the seat of the mayor's office and the Bank of Spain.

In the fountain, depicting the goddess Cybele in a chariot drawn by two lions, often swim fans of Real Madrid football club, and under it, according to the urban rumor is a chamber with gold reserves of the country.

Plaza de Cibeles on the map