Have a dinner in the oldest restaurant in the worldin Madrid, Spain 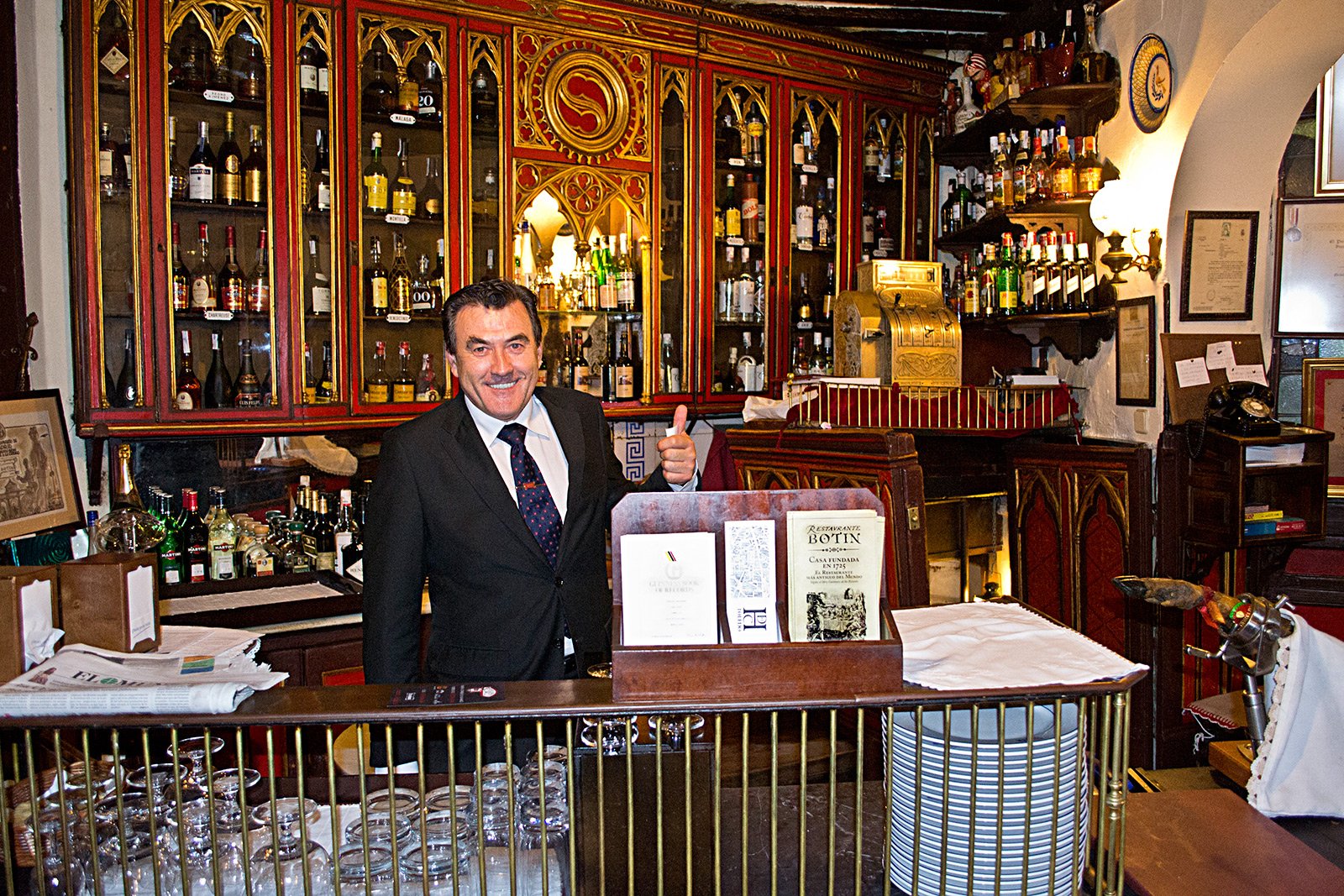 Restaurant Sobrino de Botín is the oldest restaurant continuously operating in the world, inside you can even see a sign that says that Botín is into the Guinness World Records book. 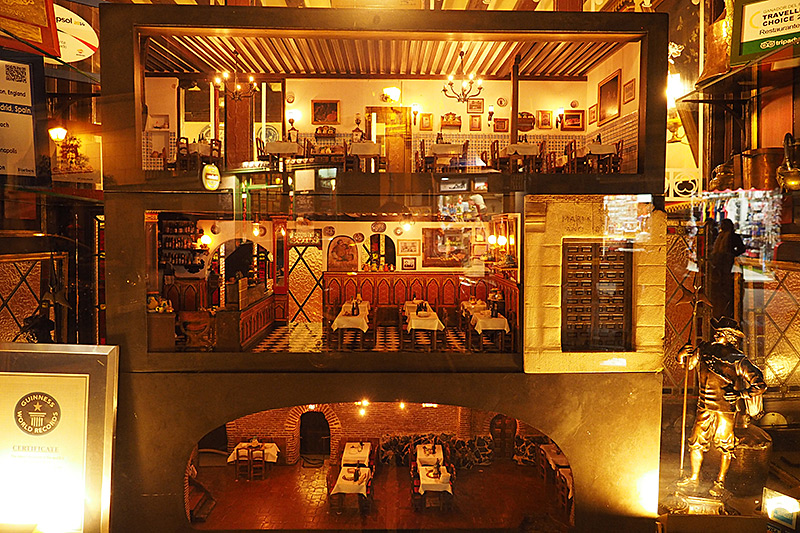 The restaurant has four floors, but if you want to feel the atmosphere of the 18th century (at this time a restaurant was opened), then you should go down to the basement. It is very popular among visitors, so the place is better to book in advance on site of restaurant. 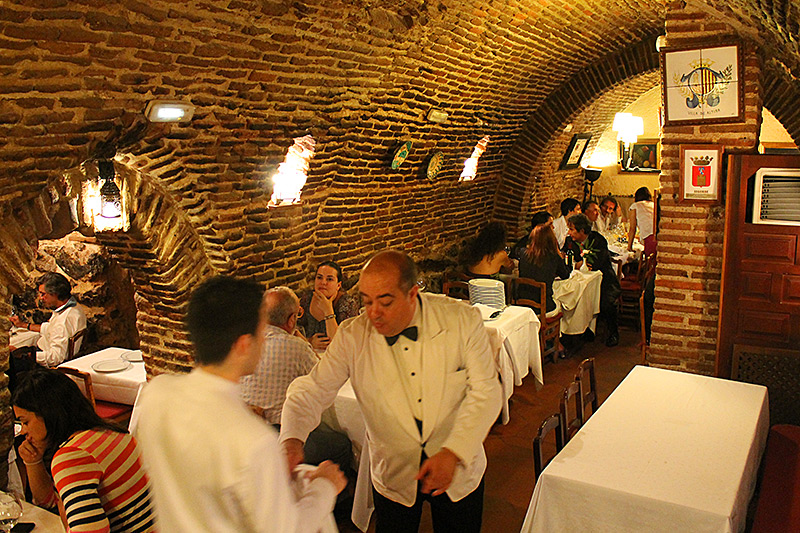 The restaurant has the oven, which was built with the restaurant, it is believed that it has been three hundred years to maintain an optimal temperature to get the world's best crust on baked pig.

The restaurant's signature dish - roasted lamb or suckling pig, here they are prepared according to old recipes. 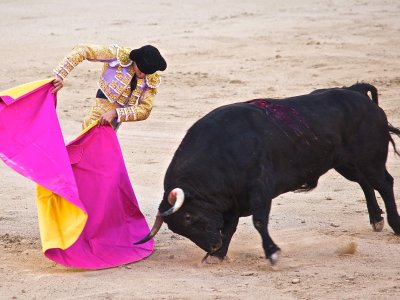 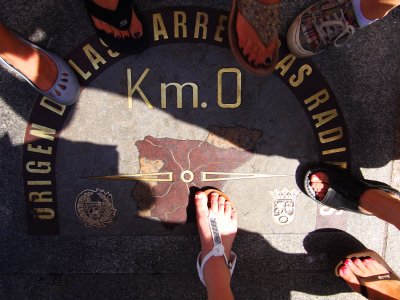 Find the center of Madrid, where all the Spanish roads start. 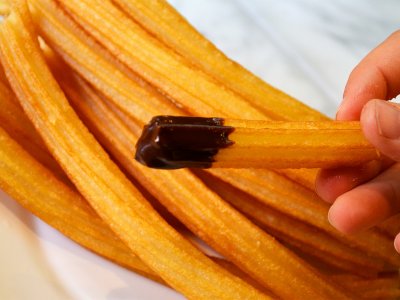 You should to follow the example of Spanish at breakfast and try churros - delicious choux based snack. 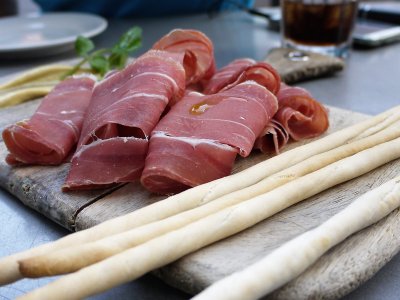 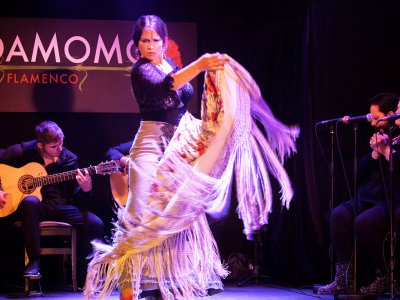 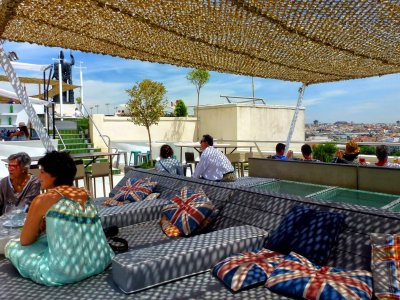 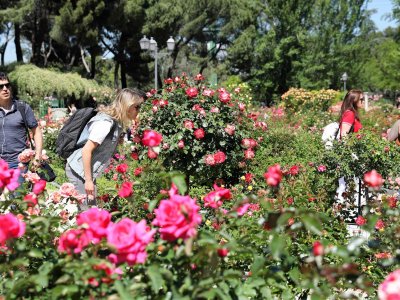 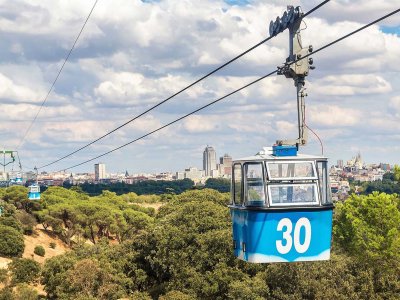 Use the quickest way to see the whole city center of Madrid - ride the Teleferico cable car over the sightseeing places. 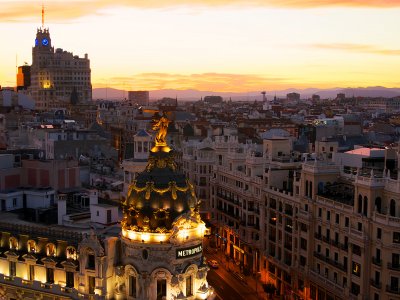 Enjoy Madrid from the roof of Circulo de Bellas Artes

Use the lift, reach the roof and see the sunset on the best viewing platform.