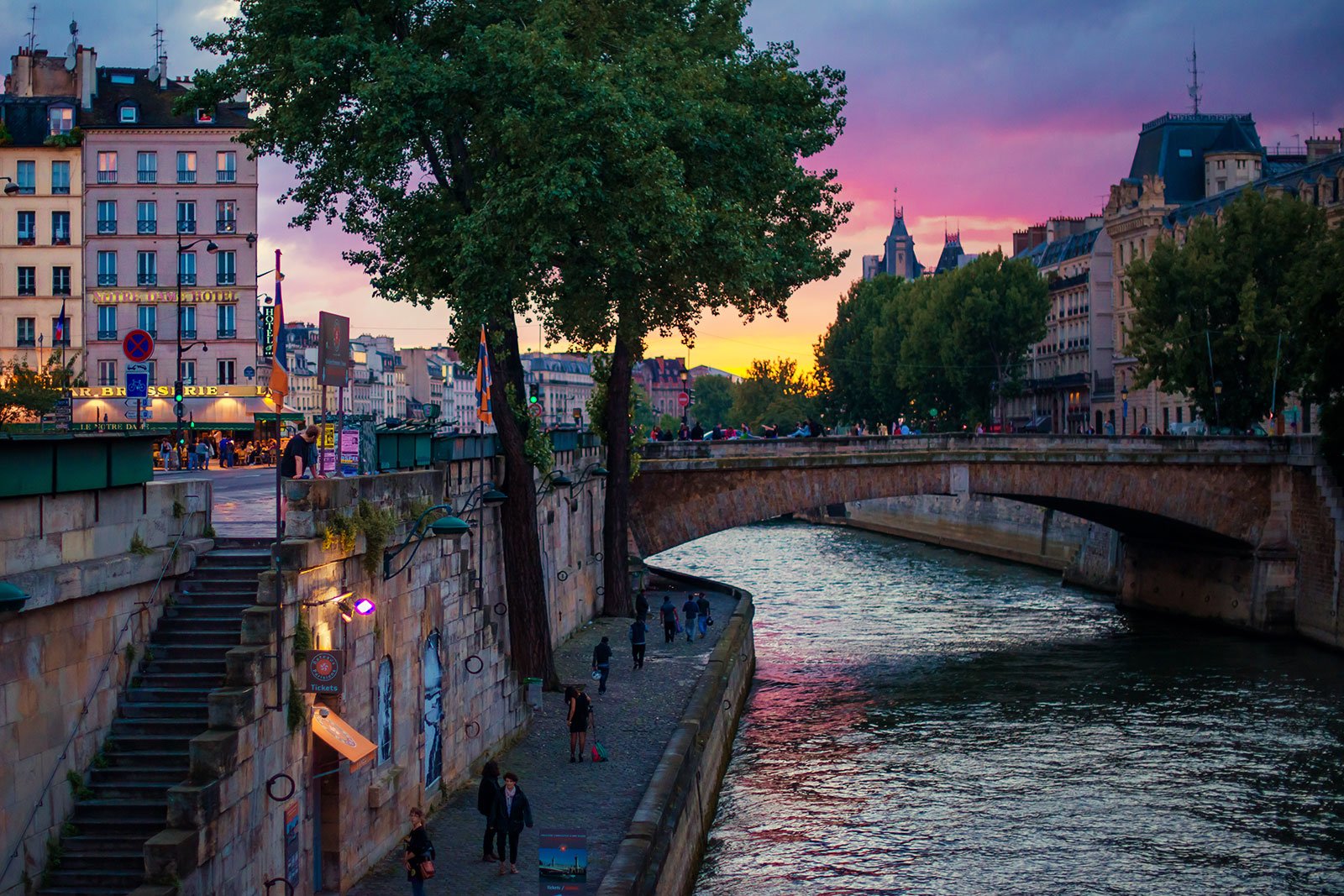 The River Seine is an integral part of Paris, which the locals jokingly call the 21st district of Paris (city officially have only 20 districts).

A bit about the "sacred river"

The Seine is the second largest river in France (776 kilometers long). The source of the Seine begins in Burgundy, where the famous city of Dijon is located. The height of the source is 470 meters. Further, the river flows over the Paris basin and flows into the bay of the Seine of the English Channel. The eternally "boiling" with life river divides Paris into the Right and Left banks. Sometimes it seems that they are not just divided on different sides, but also live different lives. 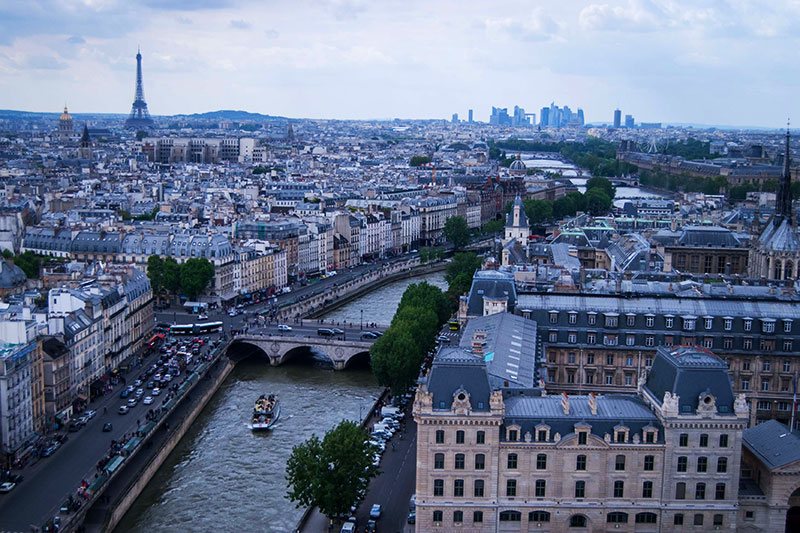 The left bank of the Seine

It consists of six districts and has, according to the townspeople, a different worldview. On this side of the river the cultural intelligentsia of Paris is gathered. The entire bohemian life of the whole France was held on the left bank. Here lived and created many famous artists, writers and musicians.

The right bank of the Seine

Bought bourgeois glory, as the "cream of society" preferred to settle on this side of the river. The right bank was rich and luxurious, while on the other side of the river the atmosphere could be called more spiritual and creative. But time passed and everything turned upside down. Now the Parisian money-bags are attracted by the bohemian life next to celebrities, and the right bank is gradually becoming a financial center.

And do not forget about one of the most important sights of Paris.
The famous Notre-Dame is placed right in the middle of the river - on the Cité island. 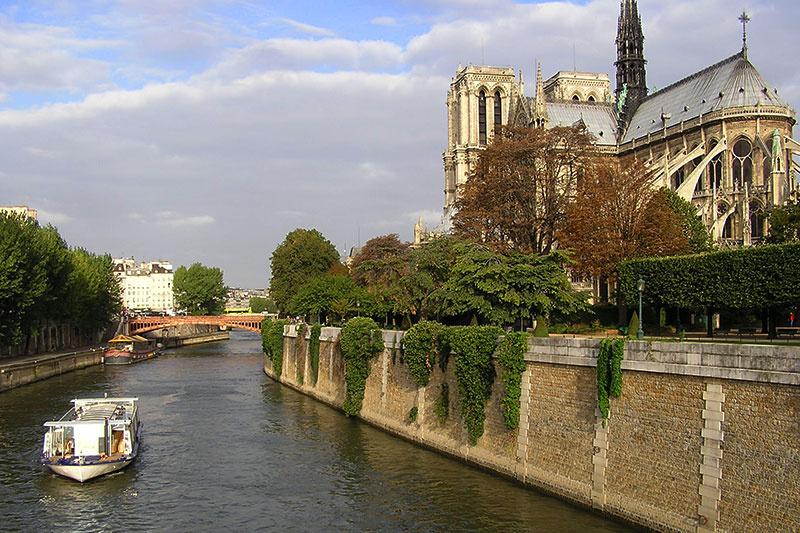 In the 1880s a girl's body was discovered in the river. Her beauty was so incredible that the pathologist decided to capture the girl's face and made its plaster cast. Beauty from the Seine was glorified in many works of poets and musicians. Artists compared her smile with a smile of Mona Lisa. In 1958, the stranger-girl became the most kissed girl in history, as her face was taken as the basis for creating a dummy for training artificial respiration skills.

In 1910, the river left the coast for 8 meters, what caused enormous damage to the City of Lights. All precautions were taken to ensure that this never happenes again.

In the 1960s, the river was polluted so badly that it became almost dead. At the moment - the ecology of the Seine is restored and there are many fish and other animals. 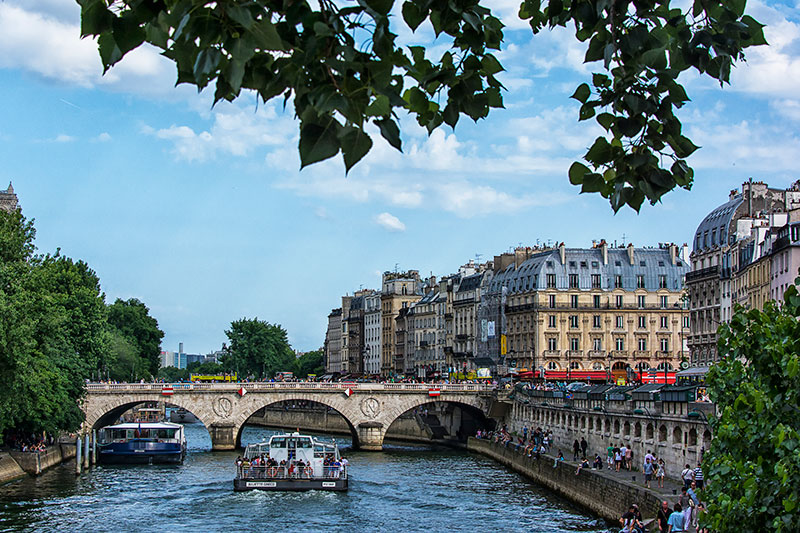 You can find entertainment on the river itself. Order an excursion on a batobus or river tram. Fans of fishing can rent a boat and hunt for salmon. 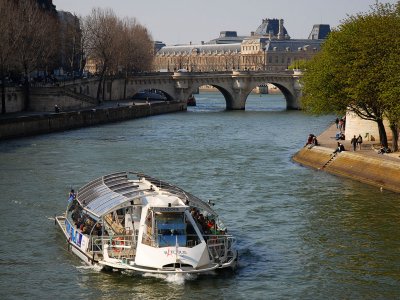 Ride on the batobus along the Seine

A trip on this unusual form of transport — a river bus — is romantic and convenient. You can combine excursion and take a ride among the river. 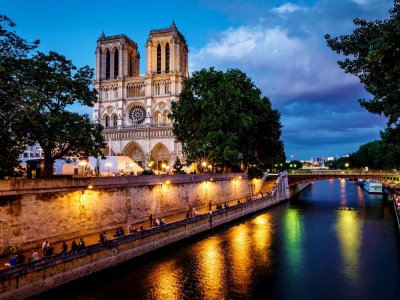 Take a walk along the Seine

The Seine passes through the whole Paris, and it gives the city a special charm. On its shores there are always crowds of people searching for adventures. 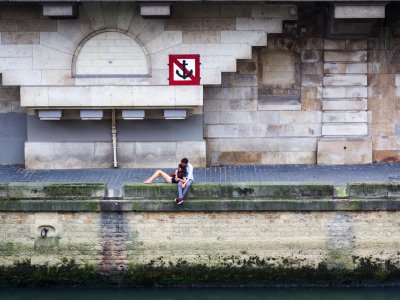 Drink wine on the River Seine

This place awakens the most tender feelings and brings to life that childish desire that the summer never end!

Seine on the map