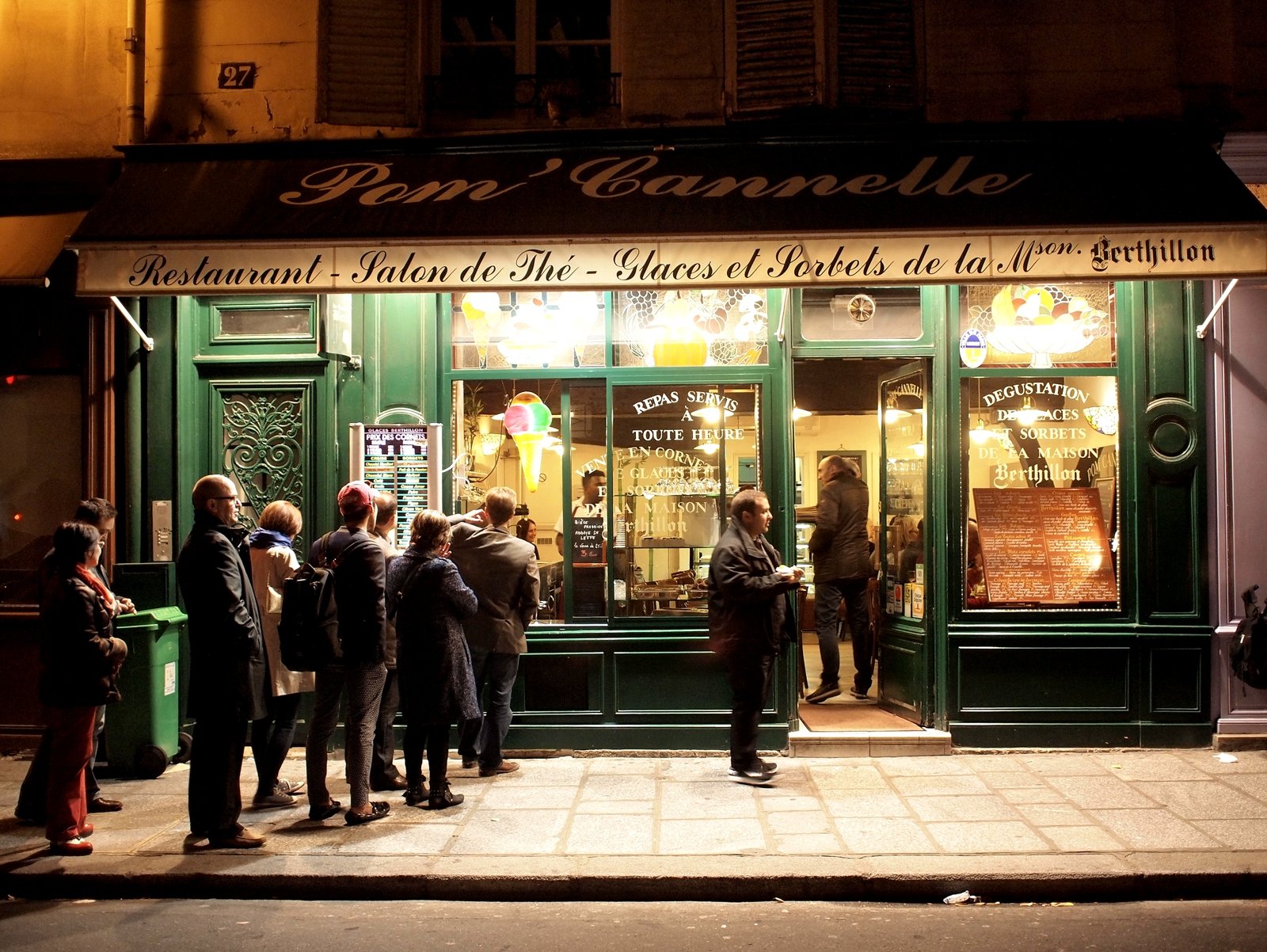 Ice Cream Berthillon Cafe is one of the top 10 best places where the best ice cream since 1954 is prepared. Famous confectioner Raymond Berthillon was the founder of this place and the author of most recipes. There are rumors that only he knew the secret of whipping cream into the most delicate mass, thats why ice cream turns out to be magnificent. Dying, he passed on this secret to his children, who are now in charge of a successful family business.

How to get here?

If you can not live without the delicious desserts and sweets, you should definitely try the most mouth-watering Parisian ice cream.

Berthillon Cafe on the map

Location: The island of Saint-Louis, 300 meters from the Notre Dame Cathedral. On the 29-31 Saint-Louis-en-Ille street.

The cafe is opened from 10:00 am till 20:00 pm from Wednesday to Sunday. On Monday, Tuesday and all August they do not work.