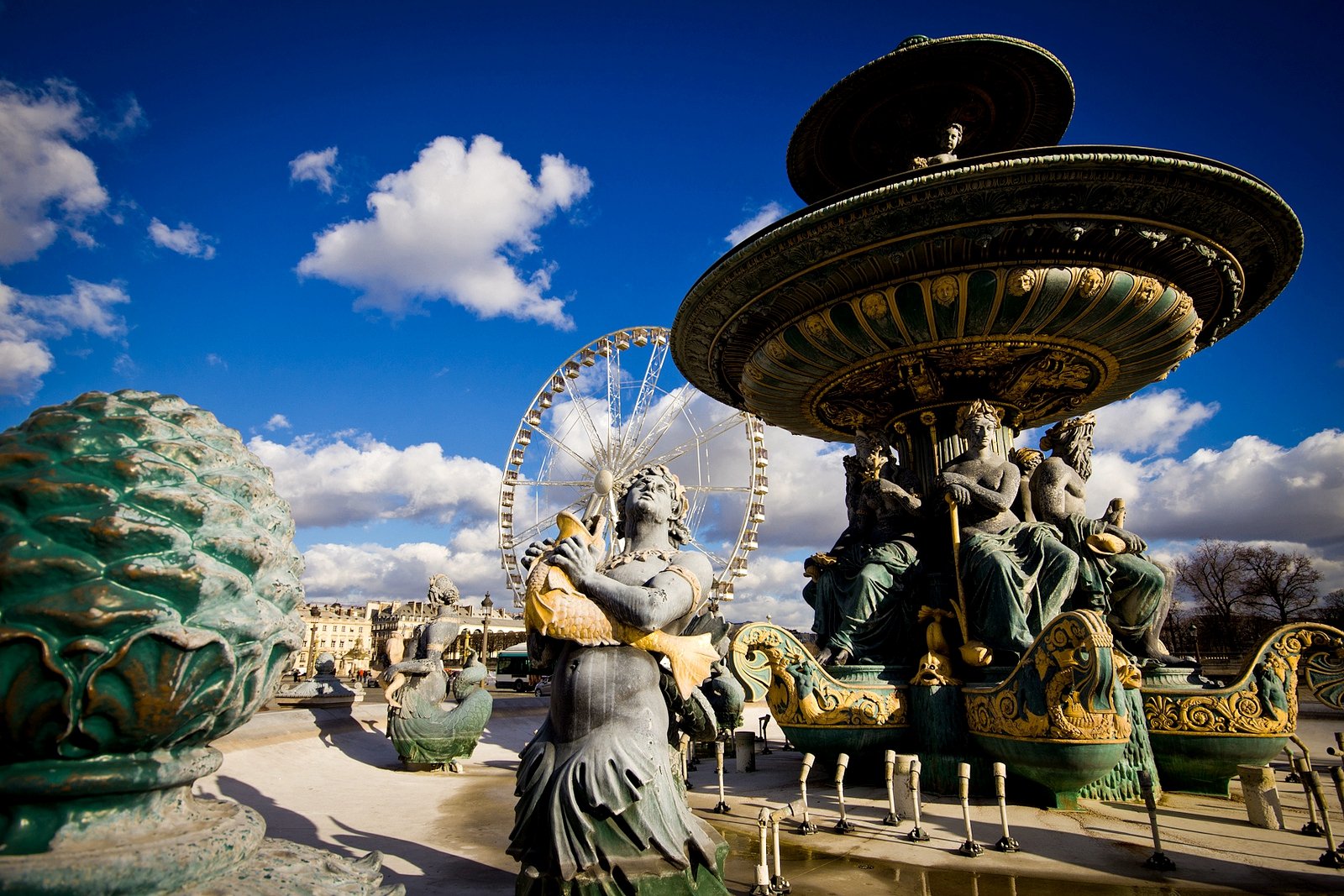 Place de la Concorde got its name after reconciliation of estates in the end of revolutionary terror in 1795. Before that, during the French Revolution, it bore the name of the Revolution Square, and in its very center a huge guillotine was placed, to which under the ecstatic, actually jubilant cries of the people Marie Antoinette and King Louis XVI were decapitated. 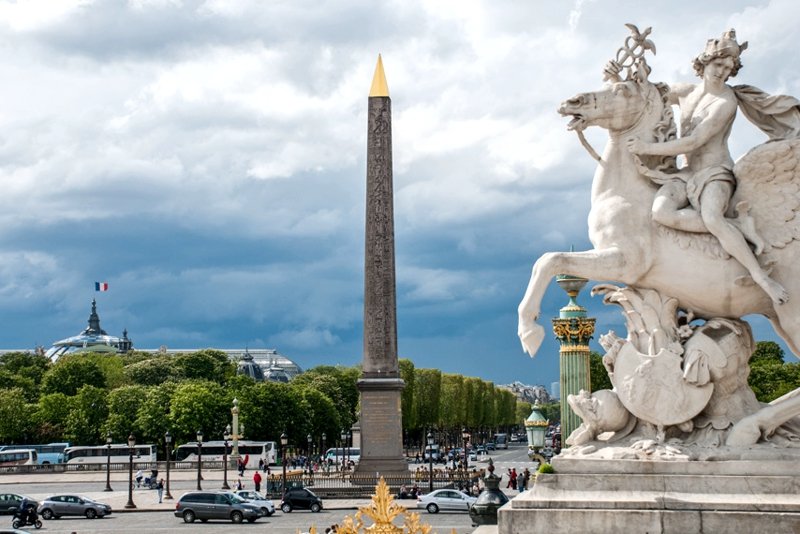 Now this area is a symbol of peace and harmony of Paris. There you can see a 23-meter Luxor obelisk of Pharaoh Ramses II (gift of the Egyptian ruler Mehmet Ali) with a gilded tip at the very top and decorated with diagrams that illustrate the process of delivery of the pedestal from Egypt to France. There are many statues on the square, the most remarkable are the monumental statues, symbolizing the main cities of France: Lyon, Marseille, Bordeaux, Nantes, Rouen, Brest, Lille and Strasbourg. They are far from being called a model of high art, but they are so large that once inside the pedestals there was a small apartment and in the nineteenth century the authorities handed over this unusual apartment for tourists. 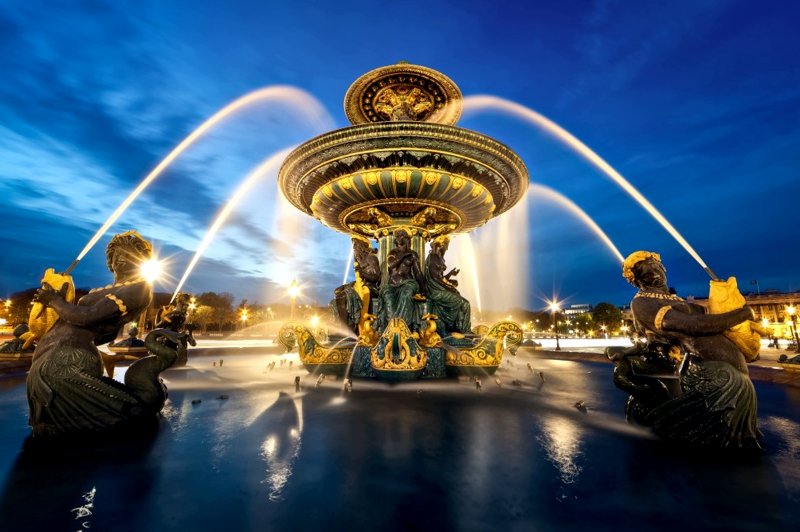 Also here you can see the 9-meter fountains created by Gittorf. The figures of Nereid, Triton and other mythical characters give fountains a unique look, especially in the evenings, when they sparkle in the dark.

You can have a walk along the square at any time. The Ferris wheel works from May 14th to February 15th from 10:30 am until midnight.
← Jules Verne restaurant#24 of 27