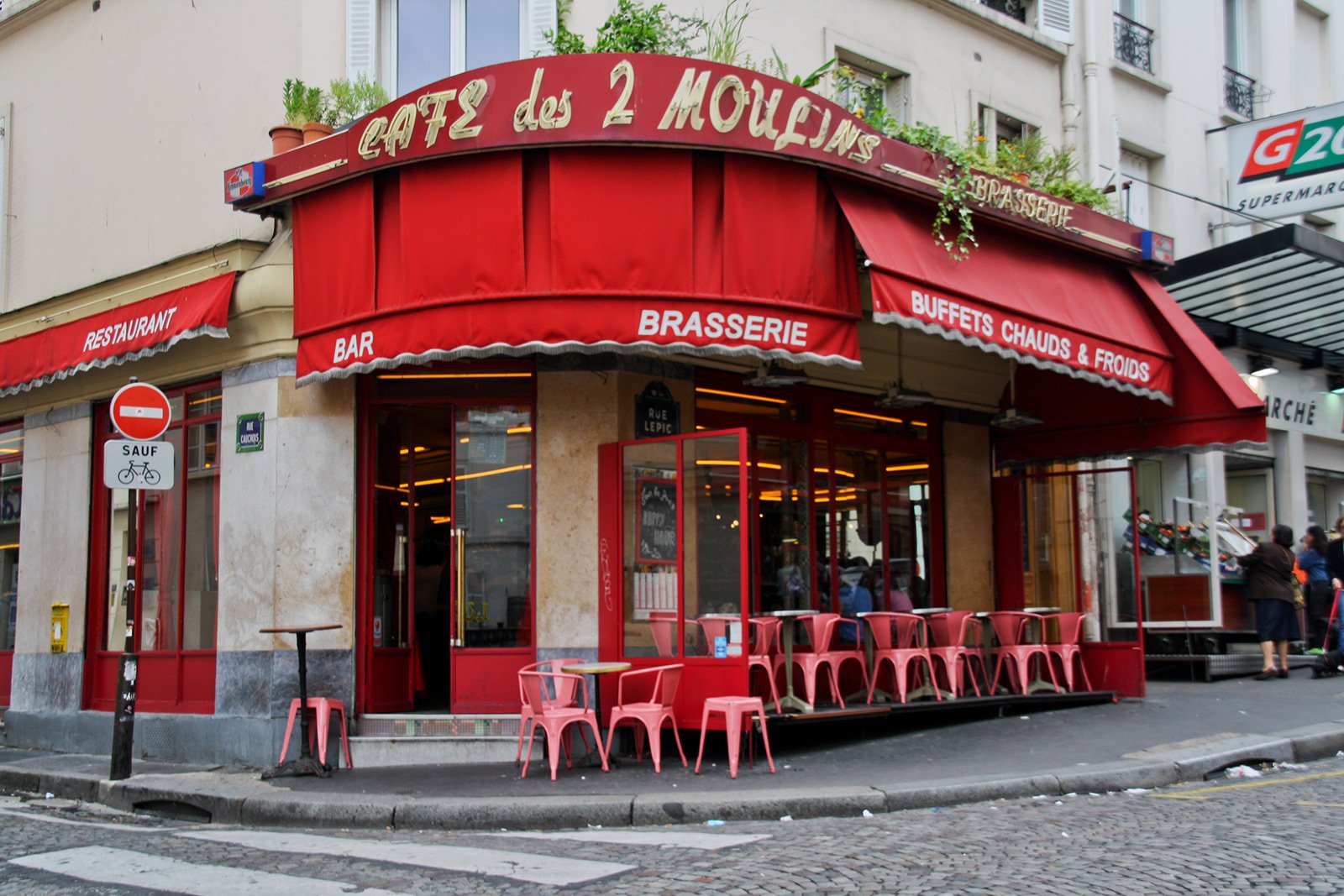 Cafe "Two Windmills" is located in Montmartre and keeps the atmosphere of the 50s. Unlike the movie, only men can work as waiters in a cafe.

Cafe began to gain popularity in the 50s, when it was the favourite place of the bohemian crowd. Now, after the release of the film "Amelie" in a cafe you can see stand with the image of the heroine.

Cafe looks a little less than it was shown in the film, but sitting at a table with a view of one of the most beautiful areas of the city you can forget about such trifles :)