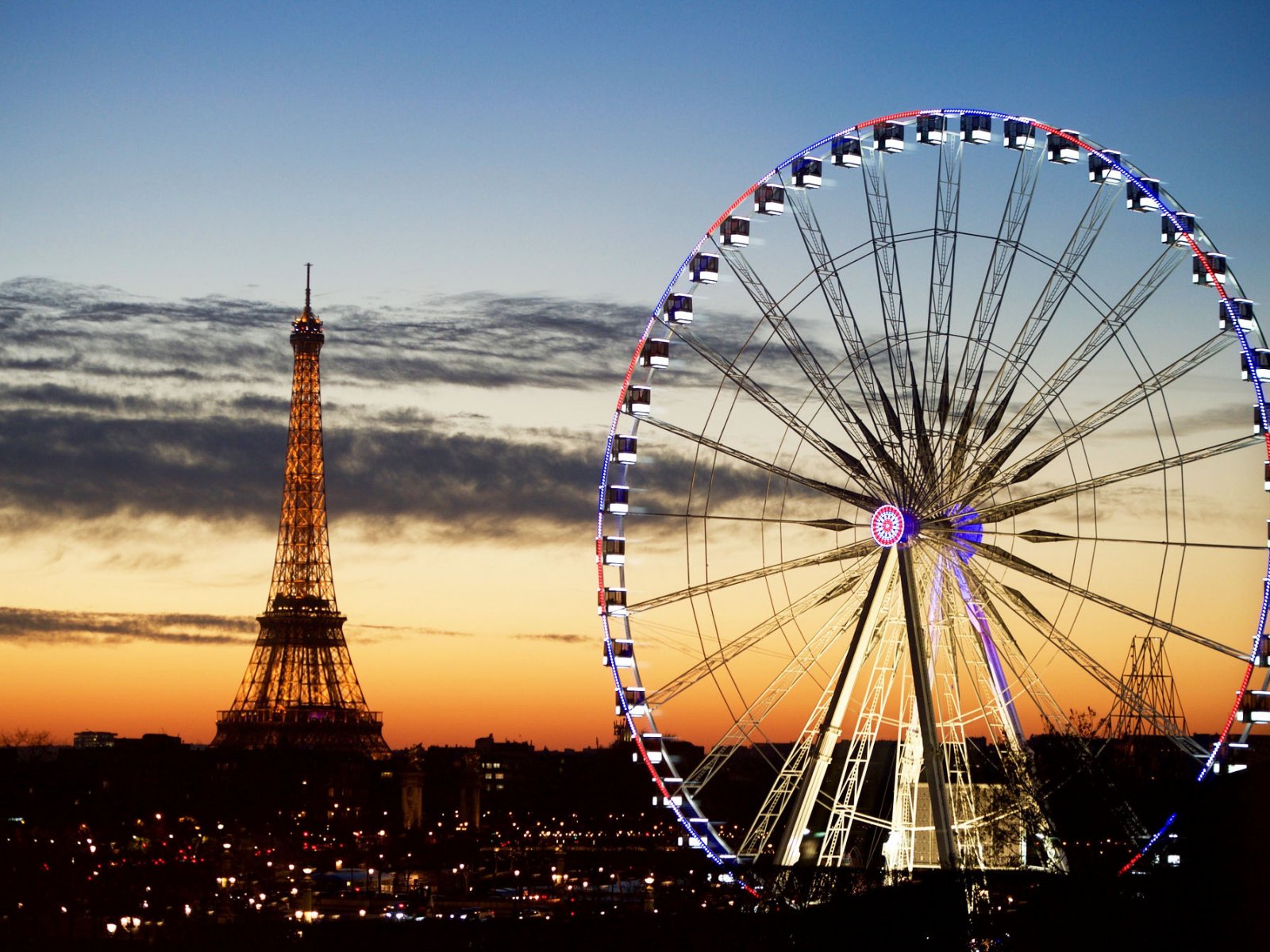 The 65 meters high Ferris Wheel is located at the central square in Paris. Take a ride and you'll see the whole city at once.

The Ferris wheel on the map