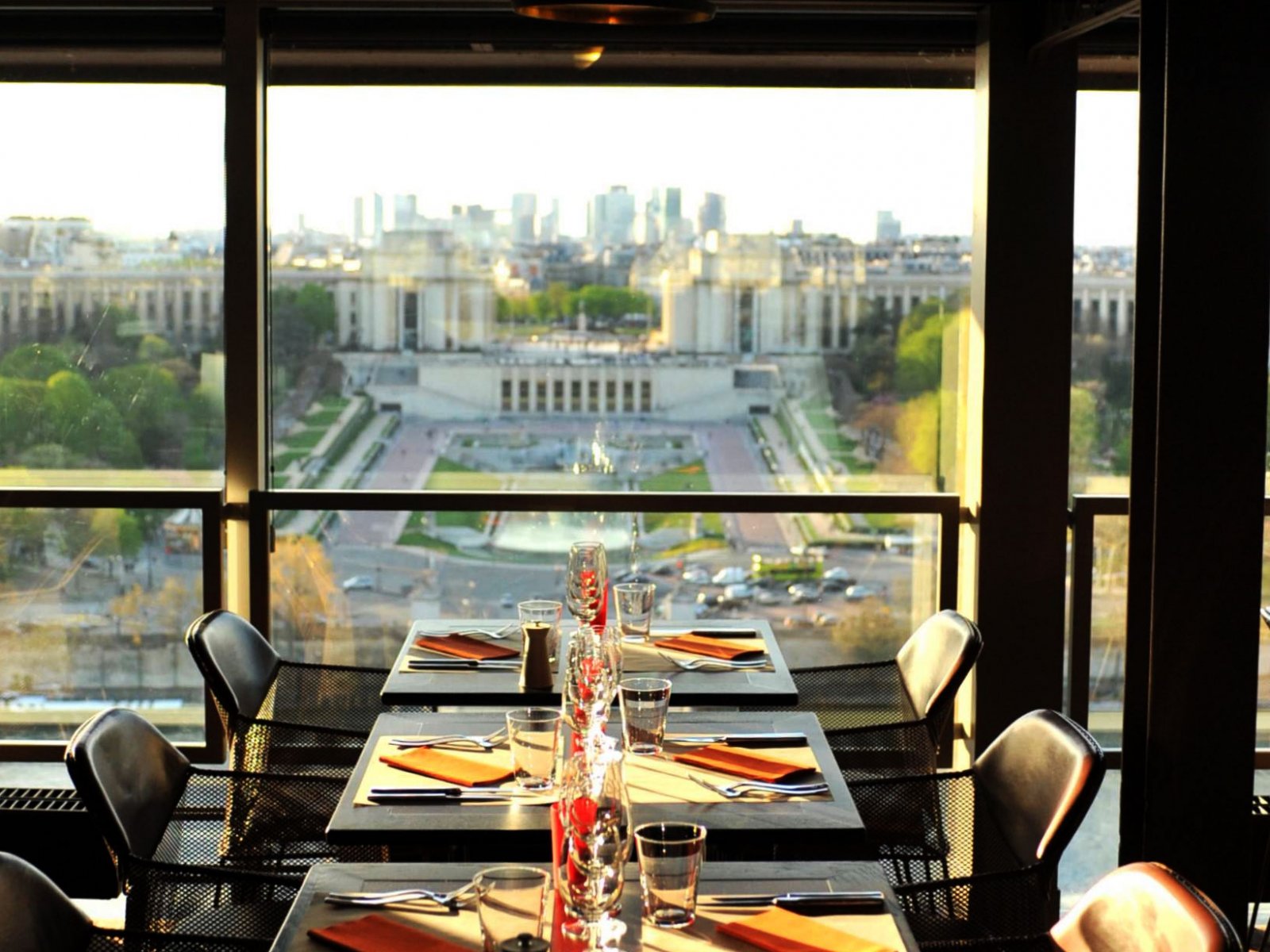 The Eiffel Tower 58 restaurant is located on the first level of Eiffel Tower, where opens a magnificent view on the Trocadero Square and the Seine River. Several cozy and spacious halls can accommodate more than 200 people.

Lunch will cost from €85 to €119 (from €26 to €119 per child). For €85 you will get a ticket up to the 1st level of the Eiffel Tower, a welcome glass of champagne and three positions (appetizer, main course and dessert). In the menu for €119 they will add a bottle of wine, mineral water and coffee.

Check for a romantic dinner (snacks, main courses, dessert, coffee and champagne) will be €99 or €155. For €180 you will be provided with a table near the window.


Eiffel Tower 58 restaurant on the map