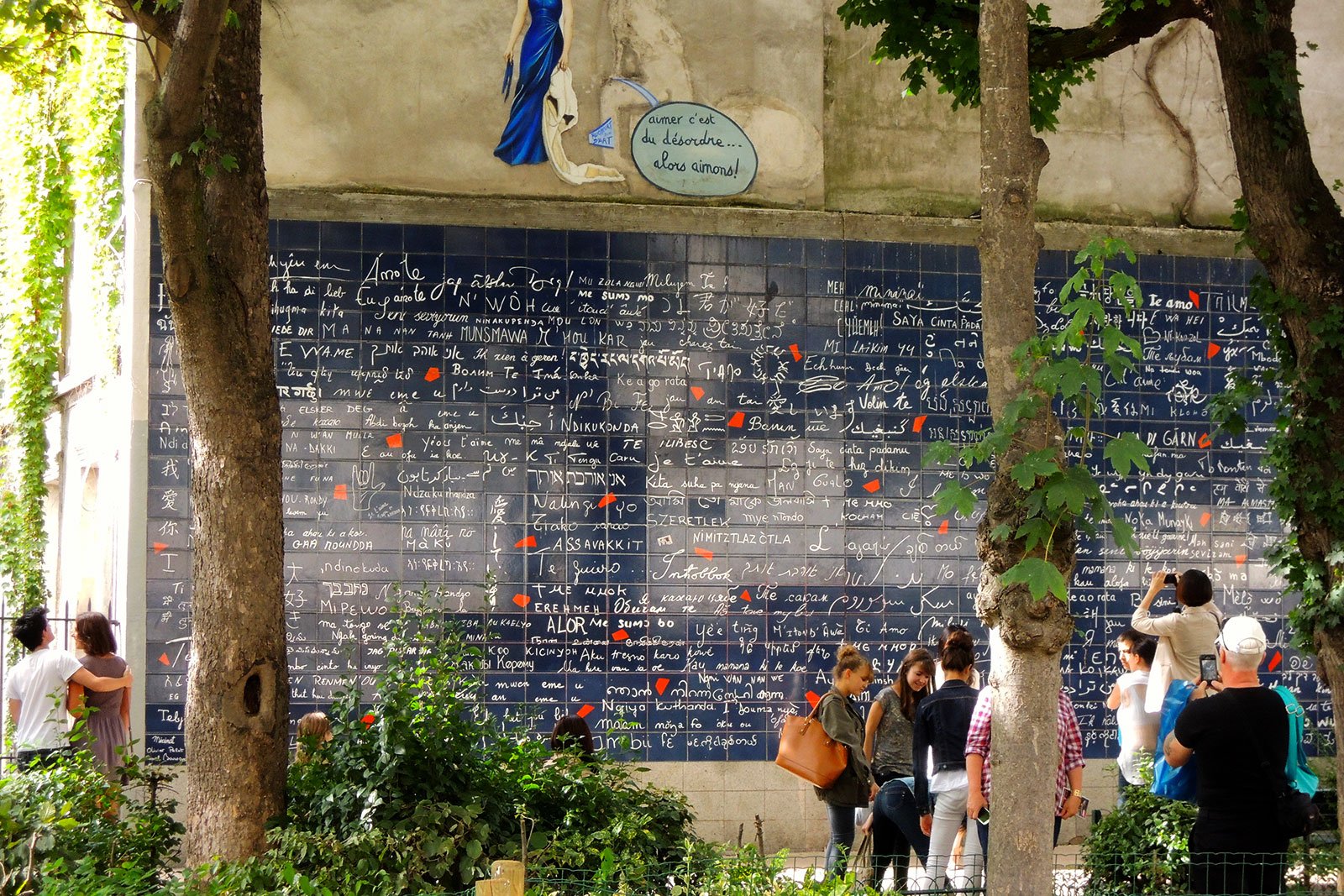 The Wall of Love is a 40 m² wall in Montmartre in the square of Jean Rictus. It was created in 2000 by the famous calligrapher Frederick Barom and artist Claire Quito. The idea of ​​the creators of the street masterpiece is to help overcome the language barrier that prevents people of different nationalities from finding a common language. 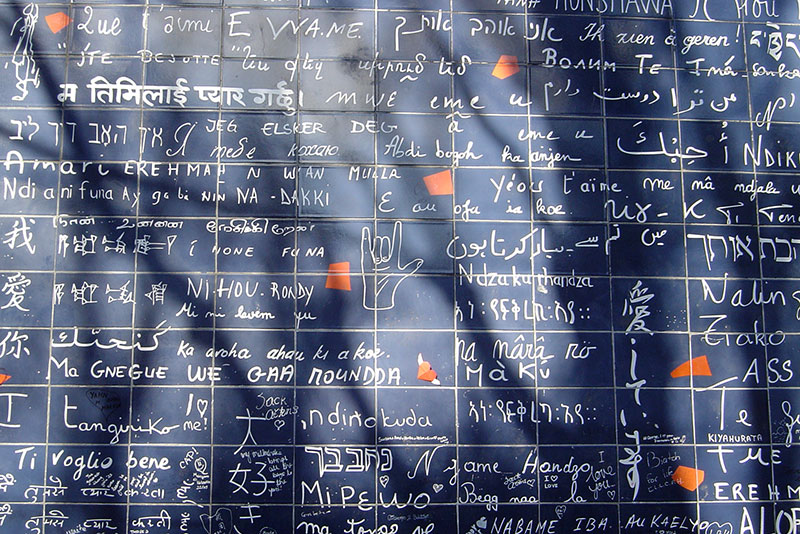 On the wall, the phrase «I love you» is written 311 times in 250 languages. Red flashes symbolize broken hearts. The wall has become a favorite place for couples and wedding photo sessions.

The Wall of Love is free for visits, and if you want to buy a memory gift, then you can visit the souvenir shop that works nearby.


Wall of Love on the map