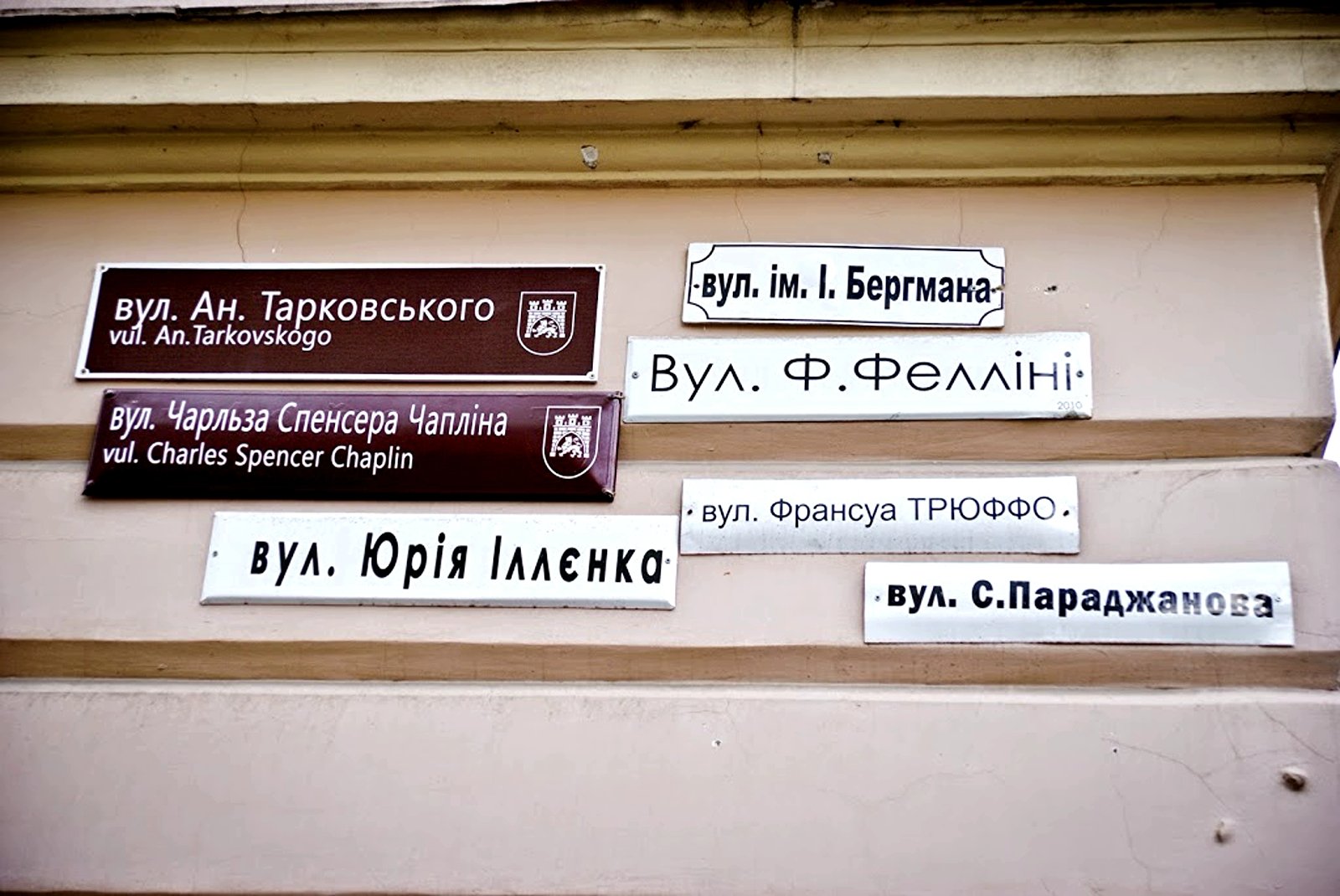 How is it possible that the street has several names? Very simple. The tradition to hang a new tablet appeared in 2006 after the film festival "KinoLev". Every year at the end of the holiday, Archivna Street is named after the one to whom the festival was dedicated. That's why, once a small street with a simple name bears the names of Fellini, Bergman, Truffaut, Paradjanov and Ilyenka. And one more nameplate will be added here next year :-)

Street with several names on the map

Location: Archivna Street, near the Arsenal Museum.
← Vernissage Market#14 of 16