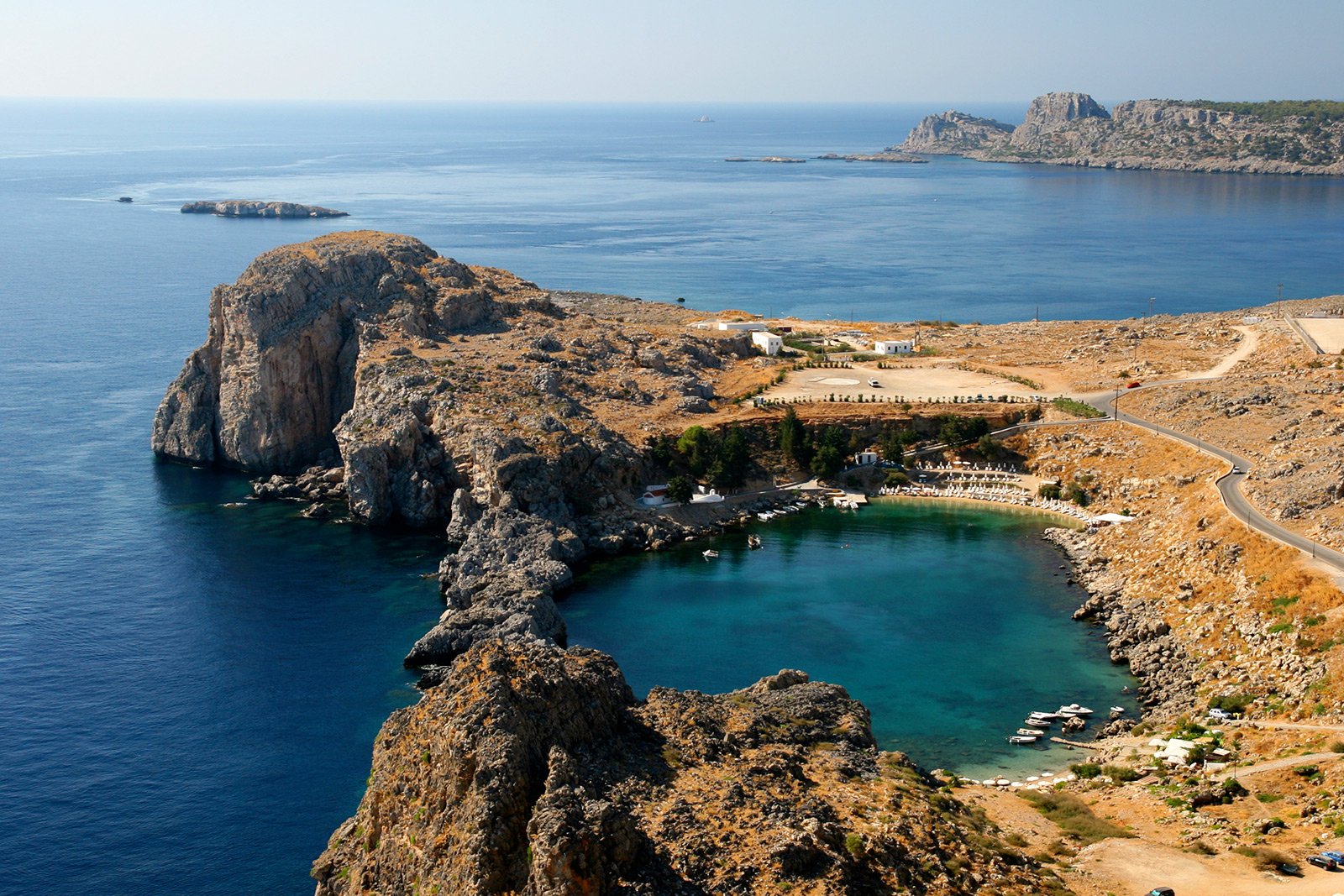 St. Pauls Bay is located in Lindos. According to legend, here the Apostle Paul preached before his departure to Jerusalem. Initially, according to the same legend, the bay was a lake, but the apostle was looking for the harbour, so the rocks in front of him opened wide, revealing the lake.

Now this place attracts travellers for a relaxing stay, there are restaurants and cafes here, rental of sunbeds and umbrellas from the shadow, you can go scuba diving. The main attraction of the bay is a white church where the weddings are often held. 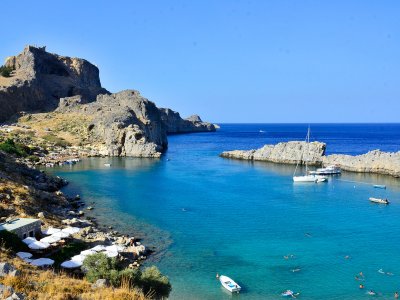 St. Pauls Bay on the map 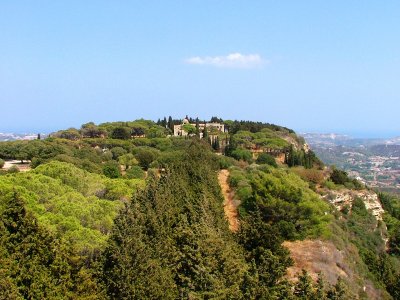