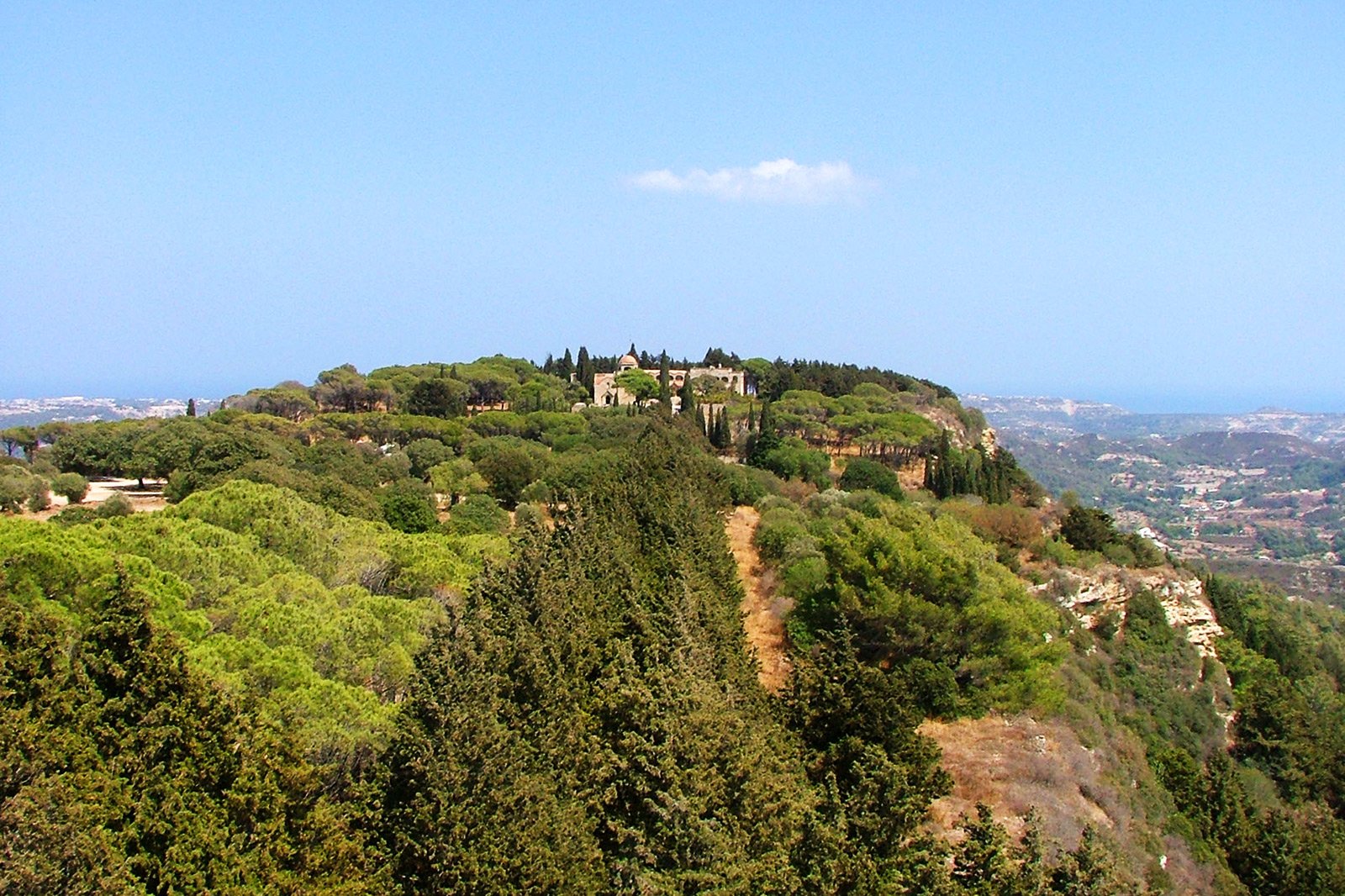 If you want to see peacocks that show off their beautiful plumage, then climb the mountain Filerimos!

Walk on the path to Calvary

On Mount Filerimos is a path that leads to the very top and is stretched along the cypress avenue and bas-reliefs depicting the passion of the Lord.

See the panorama of the two cities

On top of the Filerimos mountain you will find a cross with the staircase leading to a viewing platform where you can see the towns Ialyssos and Ixia.

Filerimos mountain on the map

The Valley of the Butterflies