5
#9of 9 places to visitin Antalya 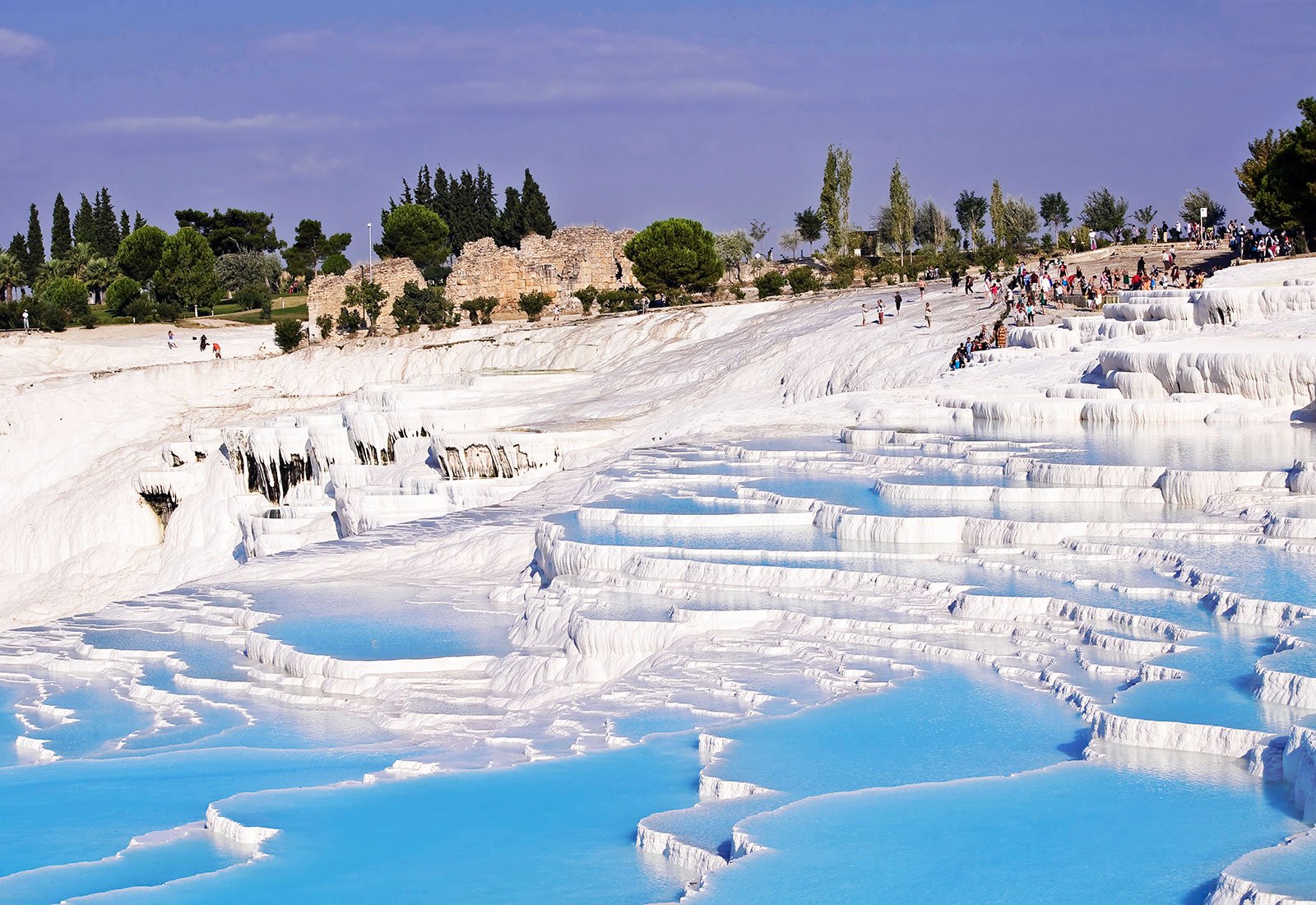 Pamukkale, or also known as "Cotton Castle" is a place where there used to be earth's formations that many years ago were regularly stroke by earthquakes. They caused cracks formation on the earth surface through which underground water was running out. Water oversaturated with calcium mineral evaporated forming travertines.

If you look at the natural phenomenon from a distance it may seem that you see a field sown with cotton.

In II century AD near the travertines a resort town was constructed where different kind of diseases could be cured. But after some times constant earthquakes destroyed fashionable resort and only ruins left. 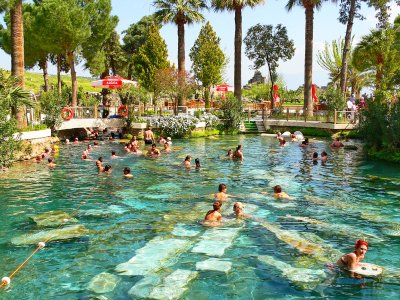 Take a bath in a curative waters of spring where Queen of Egypt Cleopatra used to like to rejuvenate.

Pamukkale on the map