9
#4of 9 places to visitin Antalya 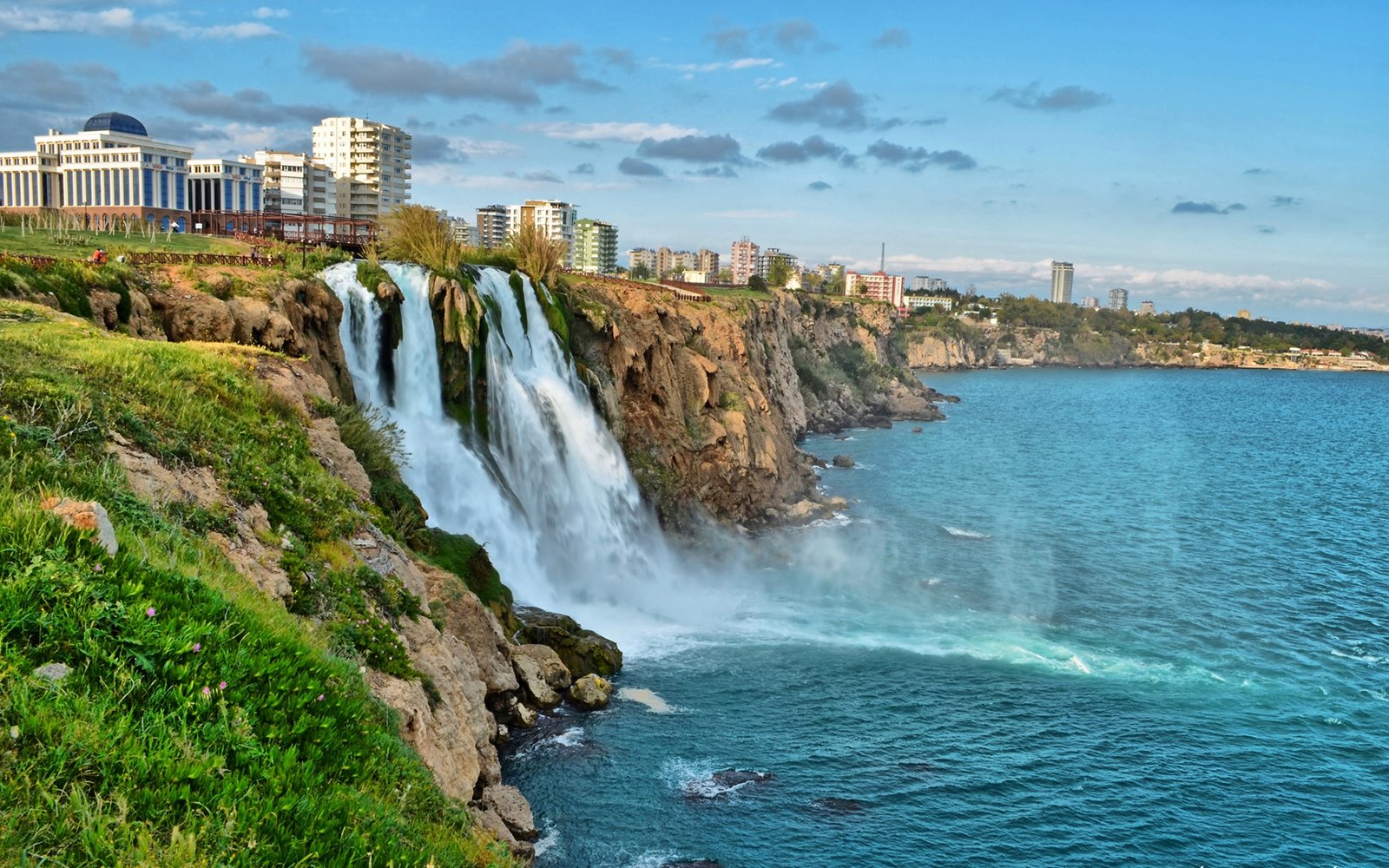 Despite the fact that there are more than 20 waterfalls in Antalya, the Duden Waterfalls are the most delightful and grandiose. They originate from Kirkzozler and Pinarbashi, and merge together in karst funnel called Biyikly. 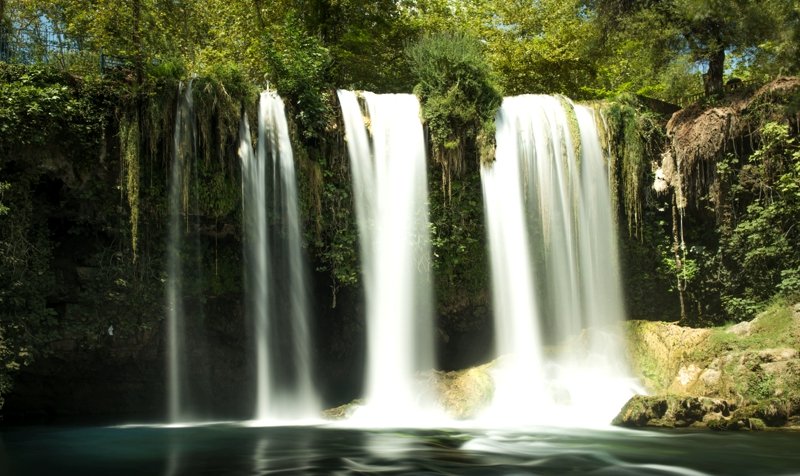 Waterfalls are surrounded by coniferous forests, and below the sea there is a beautiful beach, from where you can observe the incredible riot of colors created by the spray of water and listen to the noise of a bubbling fountain. The upper waterfall, 20 meters high, flows into the bowl of the lake, from where it rushes to the second waterfall, 40 meters high, which flows directly into the sea. 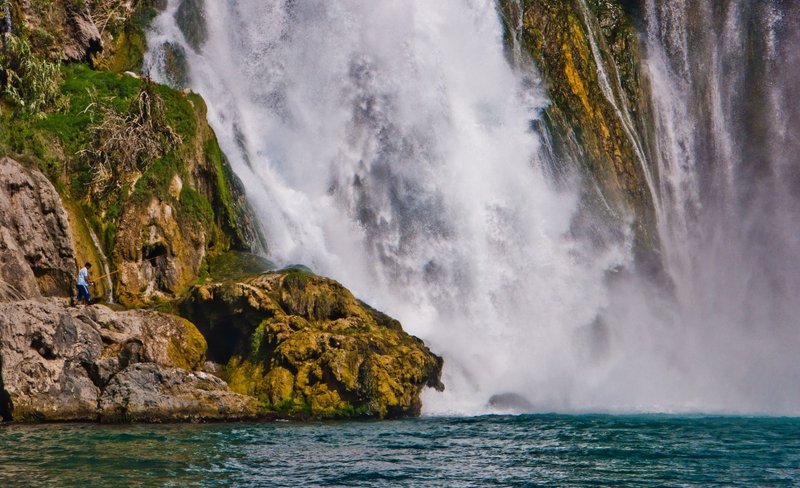 Photo: At the foot of the lower waterfall, © Guillén Pérez

Here, at the foot of the waterfall, an incredible, truly paradisiacal place for resting appeared by itself. 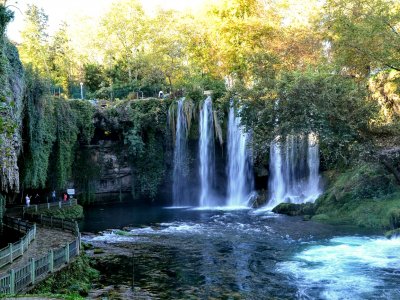 Walk along the Duden Waterfalls

The noise of the boiling waterfalls, the incredible beauty of the rainbow and the refreshing splashes of water will give you a sea of emotions and impressions.

Duden Waterfalls on the map