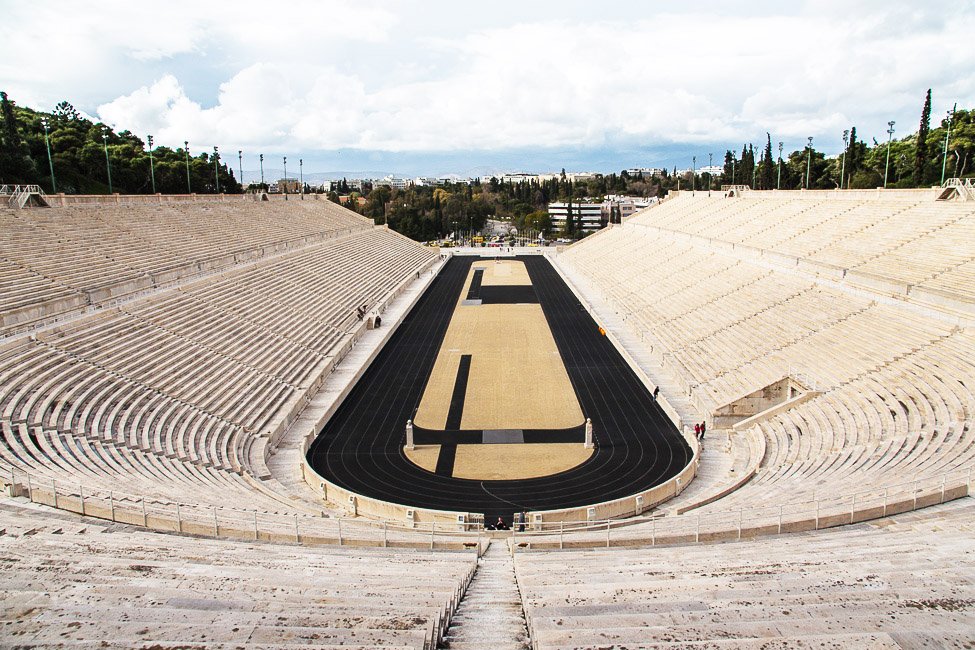 In the center of Athens there is a unique spot – a place where the first Olympic Games took place. The huge Panathenaic Stadium which was constructed in 329AD in the shape of a prolonged horseshoe. It is 236 meters long and 50 000 spectators used to watch performances here. The uniqueness of the stadium lies in the fact it is fully made marble the same that was used in constructions of Acropolis.

Except well-known Olympics, the Gladiator fights took place here as well. But only preparing for the Panathenaic Games in honor of the patroness Athena resulted in the stadium marble covering.

In the course of time the stadium started falling into ruins, but in order to hold the first Olympic Games it was fully reconstructed. And in 1896 on the Panathenaic Stadium the first Olympics of modern times took place here.

Walk along the Panathenaic Stadium

The Panathenaic Stadium on the map