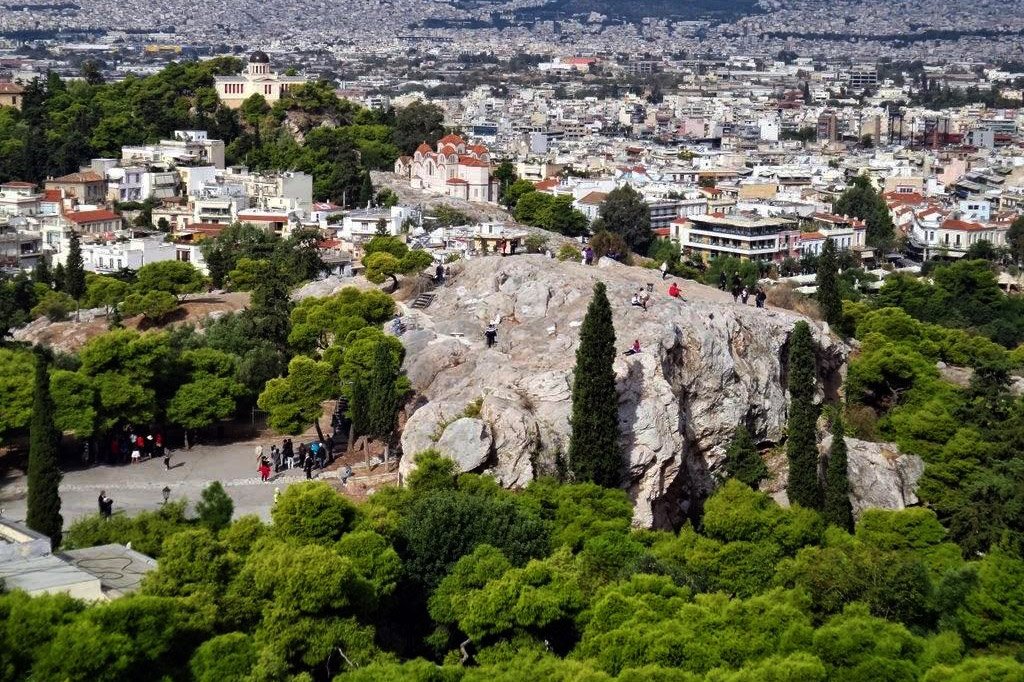 The Areopagus Hill is a magnificent place. It is mainly known for the fact that it was a place of council of elders of Ancient Greece. According to the legend, right at this marble hill they hold a court over Ares, the Greek God of war, who killed Poseidon’s son. He was justified, but they say right after this event murder hearing were held here.

Also philosophers used to give speeches here. The most famous one was a sermon by Paul the Apostle in front of the pagans. The sermon text you can see on the bronze tablet at the marble stairs at the foot of the mountain.

Areopagus Hill on the map