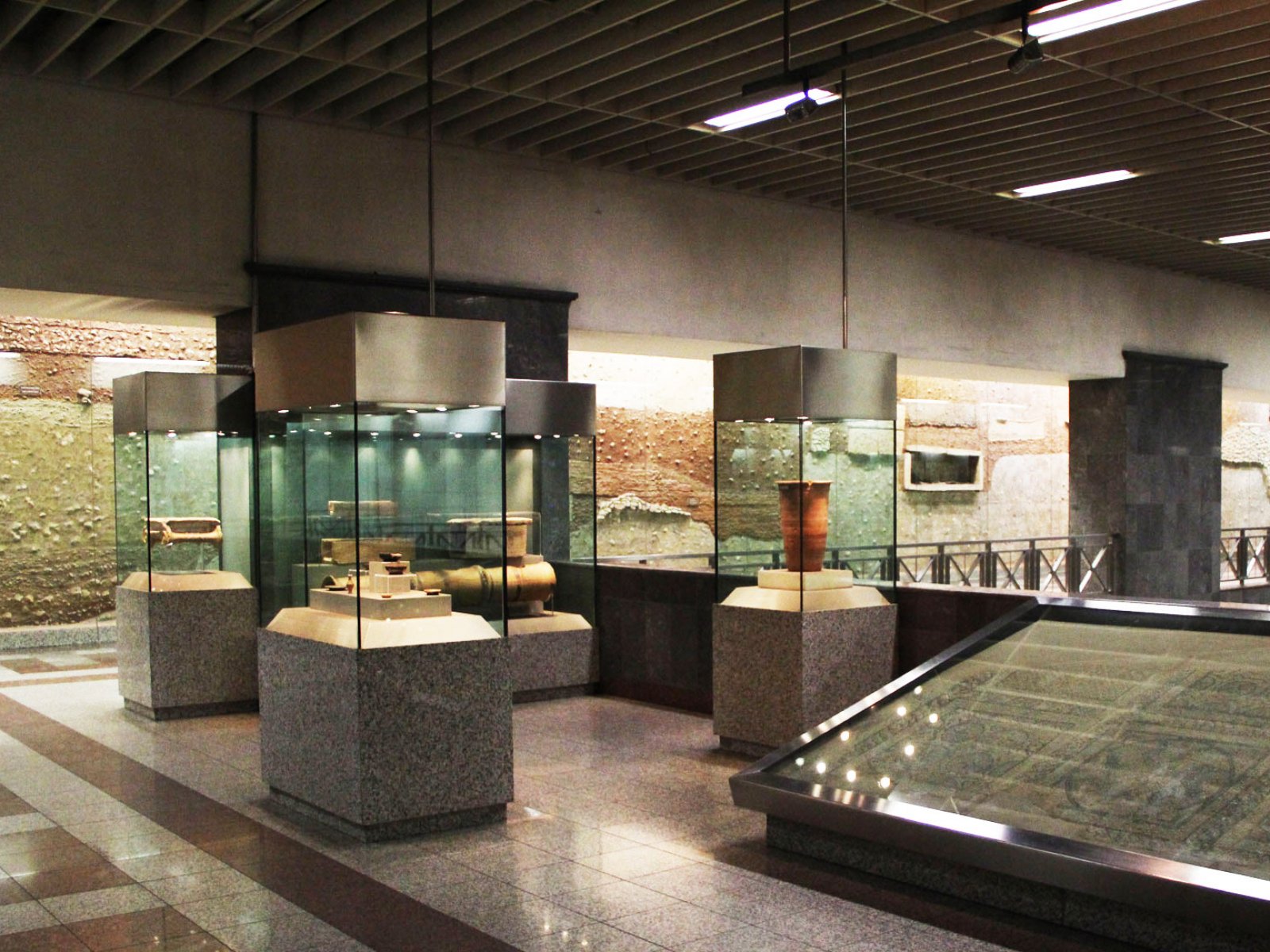 While preparing for the 2004 Olympic Games in Athens and two more subway lines were being built suddenly engineers ran into unusual finding — antique artefacts. In order to construct a subway and keep the unique pieces an important decision have been made — to build a subway and a museum in it. From that moment on to take a look at one more place of interest travelers just come down to the subway.

Syntagma metro station on the map