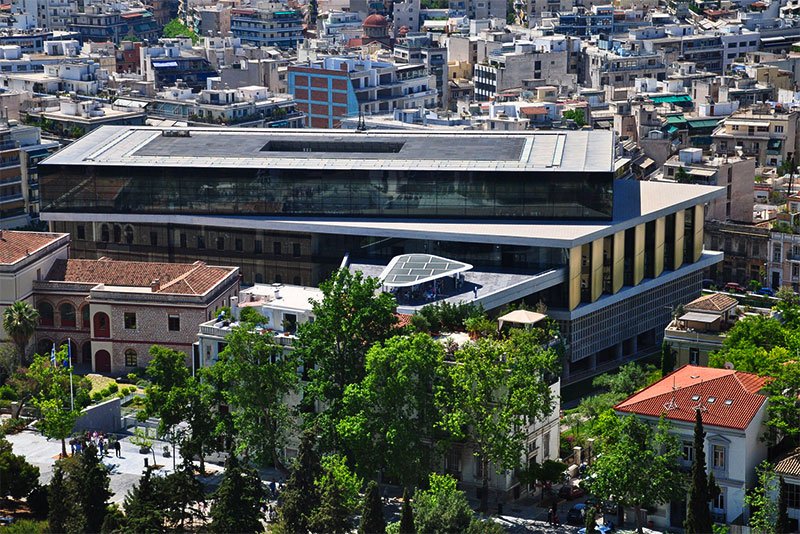 A new Acropolis museum in Athens opened its door to the visitors in 2009. The ultra-modern building was designed by the Swiss designer Bernard Tschumi, and it covers an area of ​​226,000 sq. m. It is located right at the foot of Acropolis. Most of the Antique objects (statues, reliefs, artifacts) were moved to a new museum from Acropolis and bear, mainly, a religious character. The museum has exhibitions on a permanent basis, where you can see the current excavations of the slopes of Acropolis, portraits of the gods of Antiquity, the temple of Artemis and other exhibits of the times of Classicism and the Roman Empire. General admission fee - €5.

New Acropolis Museum on the map