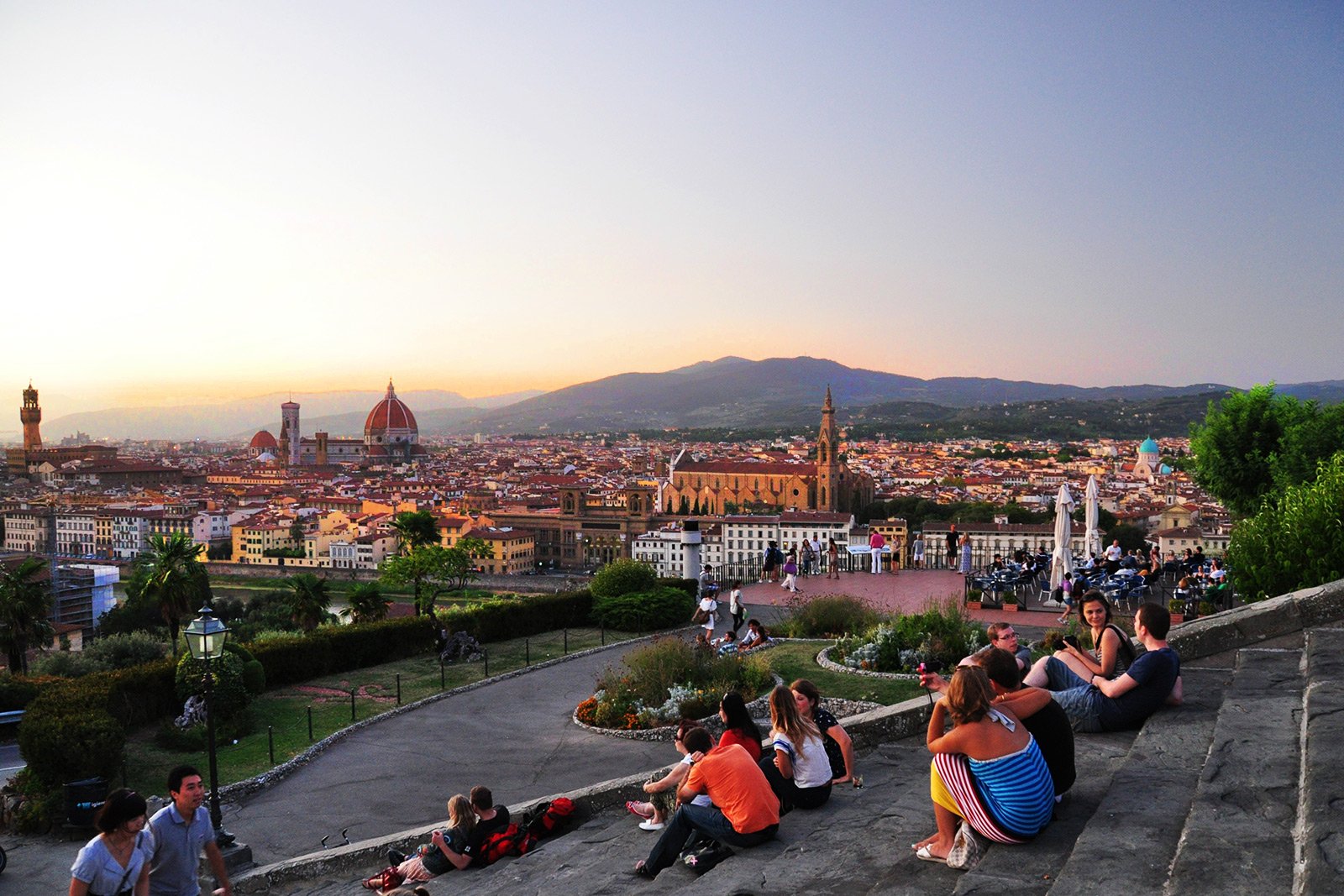 Piazzale Michelangelo is located between Boboli and Bardini gardens. Here you can see breathtaking views of the historic center of the city, and here you can make the best photos of Florence, especially at sunset.

In the center of the square is a copy of the statue of David, and on its sides four more statues by Michelangelo - allegories of the seasons from the Medici Chapel in the church of San Lorenzo. In the area you can find many ​​cafes and restaurants, souvenir shops and street artists.

You can get to the square by bus and on foot, using the stairs of San Niccolò. Along the way you will see a small and very cozy garden. 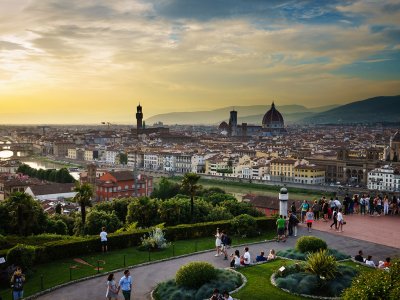 Have a picnic on the Piazzale Michelangelo

At sunset climb the long staircase to the city's main observation deck and have a small picnic.

Piazzale Michelangelo on the map