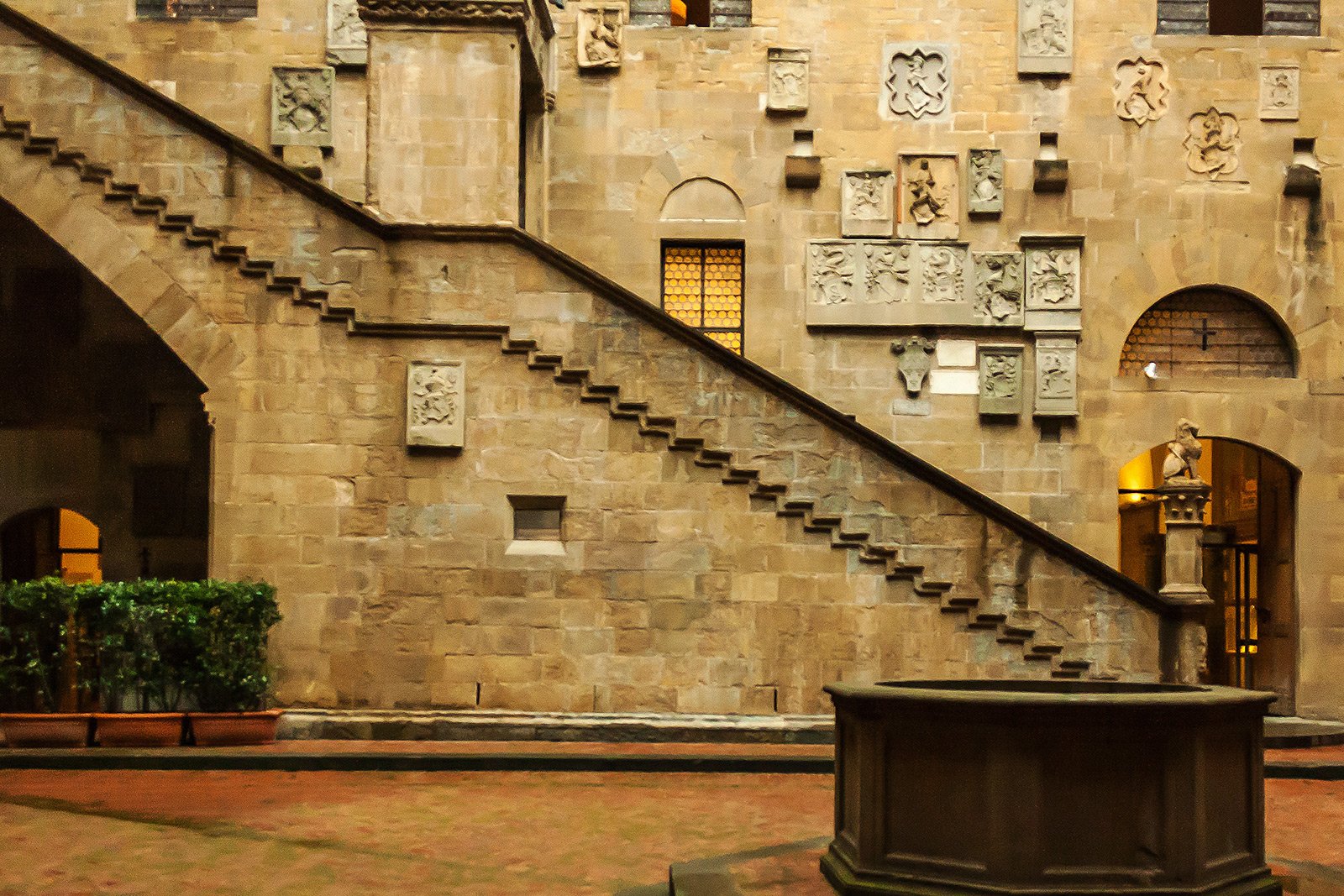 Museum of Bargello (Museo Nazionale del Bargello) is the oldest public building of Florence, which served as a model for the Palazzo Vecchio. The palace resembles a fortified castle, with turrets and battlements.

Museum of Bargello has a courtyard which is worth a look, after scrutiny of the sculptures inside the building. Here, the walls are decorated with coats of arms of the influential family of Florence, and have the emblems of the city. Inside, everything is look like palace. Here you will see and arched passageways, and medieval stained glass windows, and sweeping staircases.

Among the most famous sculptures of the Museum of Bargello - four works by Michelangelo (Bacchus, Brutus, Pitti Tondo, David-Apollo), David by Donatello, Bacchus" Sansovino and a bust of Cosimo I de Medici works of Benvenuto Cellini.

Visit the National Museum of Bargello

in the National Museum you can see original works by Michelangelo and Donatello.

National Museum of Bargello on the map