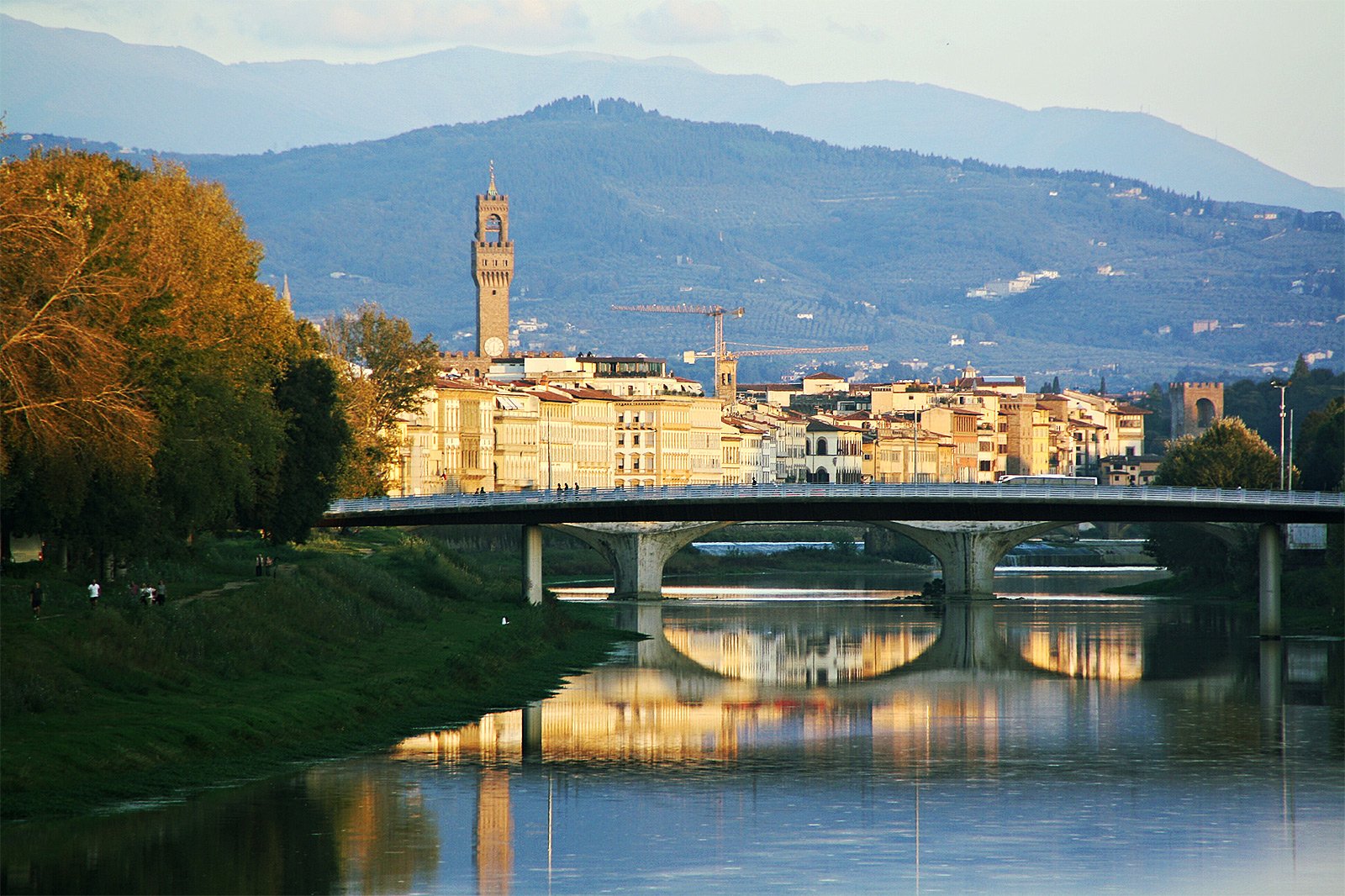 Earlier in the Cascine Park (Parco delle Cascine) were scattered farm lands, there lived the farmers, growing vegetables, fruit and grazed cattle. Soon Cascine Park was chosen by members of the nobility, and this place is ennobled by adding an amphitheater, fountains, lawns and paths.

Soon, the Cascine Park has become open to all comers, and although there are no particularly striking landmarks, it is a great place for rest and relaxation. The Cascine Park has a statue of "The Prince of India", dedicated to the young Indian, who had come to Florence, but died here. Now near the statue you can see many lovers.

You can get to the Cascine Park by bus or tram. The tram line runs through the park.

Cascine Park on the map