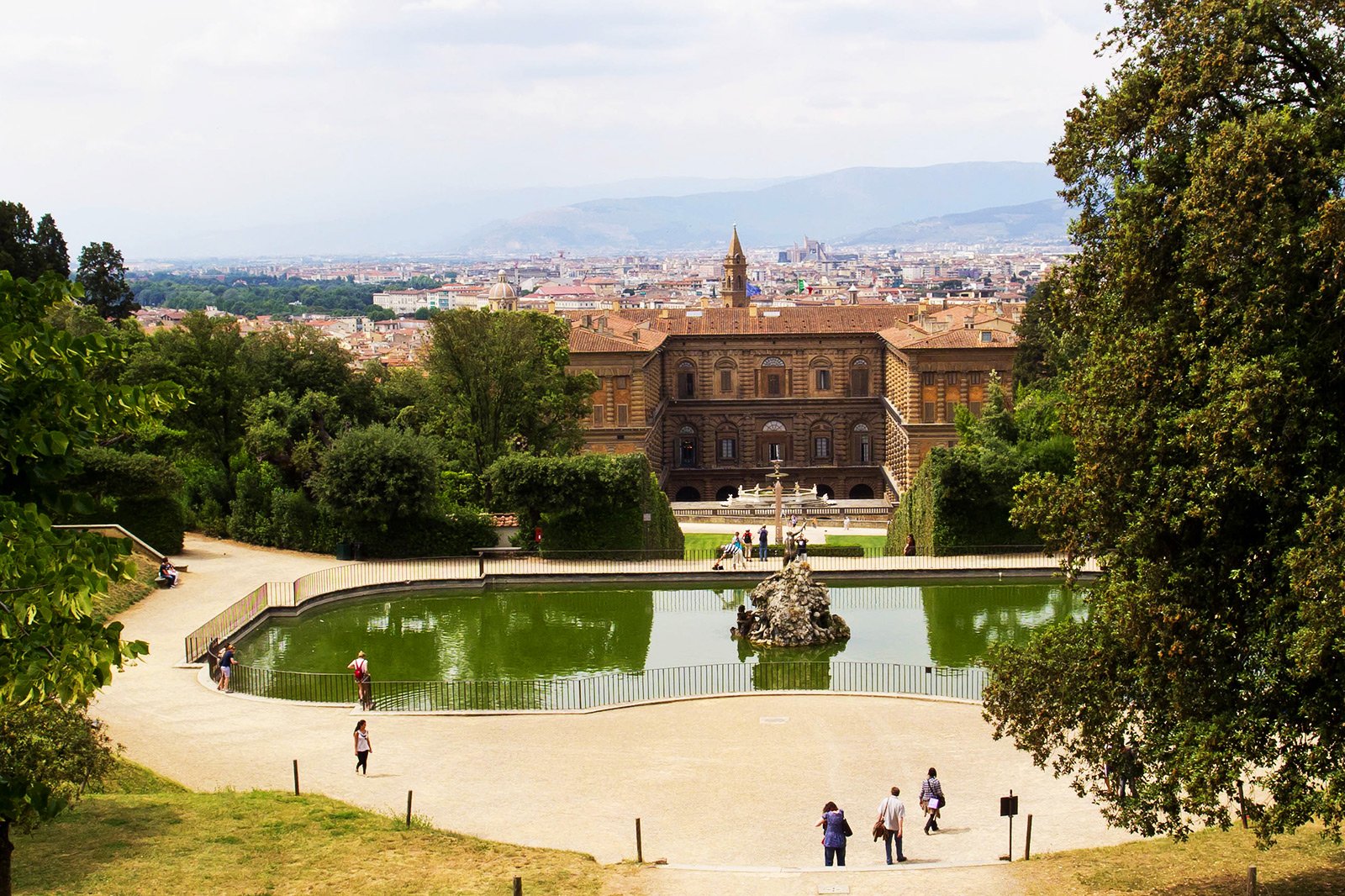 Boboli Gardens (Giardino di Boboli) are close to the Pitti Palace and are considered the most beautiful landscape parks in Europe. This is a classic Renaissance Park, with columns, statues, fountains and numerous caves. Within the park are laid gravel paths, some ivy, and in this park you have feeling that you are in a fairy tale, which you dont want to leave.

The Boboli Gardens have the amphitheater, where were the first operas, the Porcelain Museum and the many secret places which open only slightly.

Previously, these gardens were the venue for receptions and magnificent walks by nobles, now park comes into disrepair, which gives it even more charm.

Take a walk through the Boboli Gardens

Take a walk on the beautiful landscaped park amidst magnificent fountains and statues.

Boboli Gardens on the map