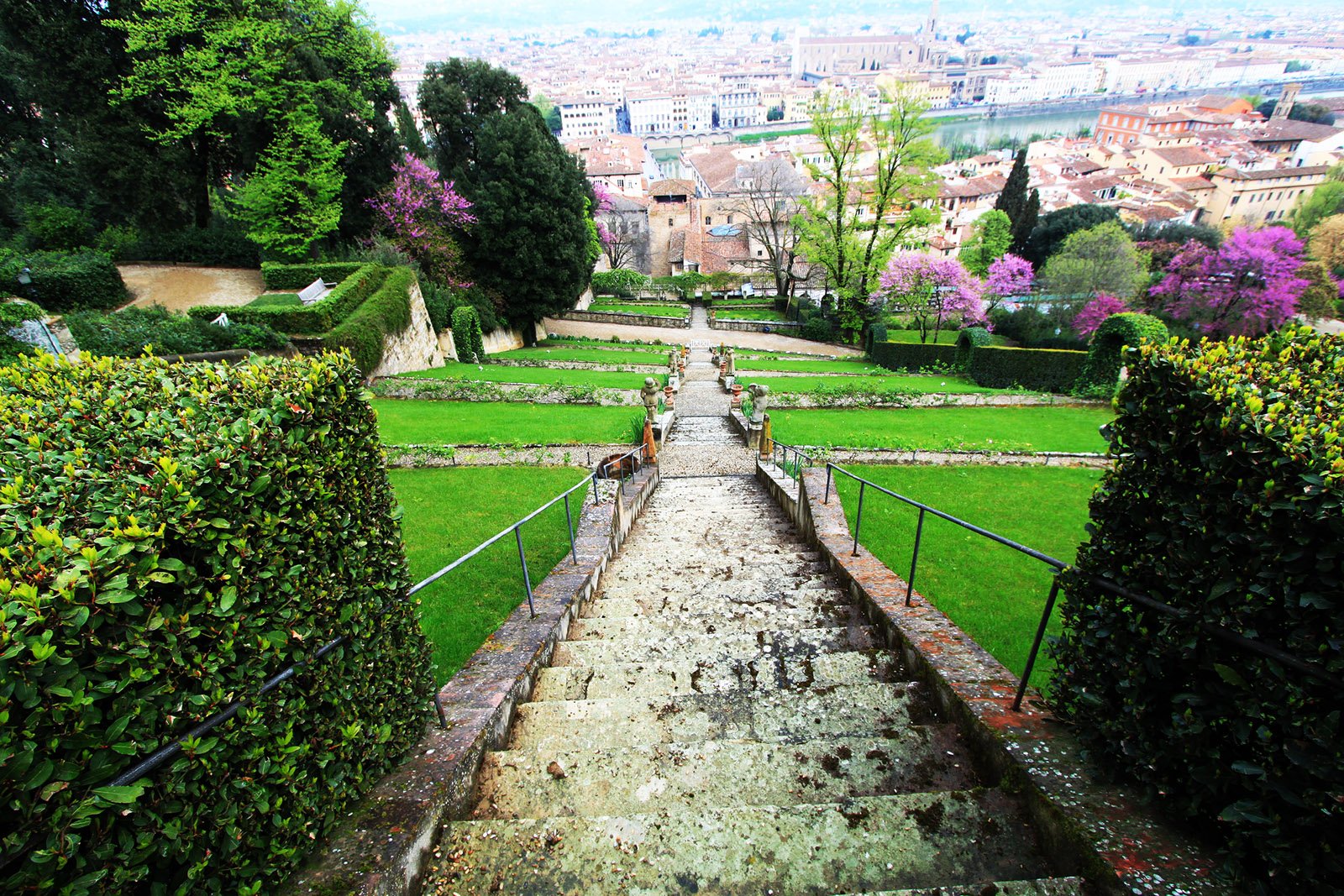 Bardini Garden was once the backyard, adjacent to the palace Mozzi family. When there was the fashion for landscape gardens, the family decided to make a well-groomed appearance its hotbed, where at that time grown vegetables and fruits. Bardini Garden has acquired the likeness of the park, but to perfection it was still far off. At the beginning of the last century Mozzi family's possessions, including the park, bought Stefano Bardini. He became a second chance for the garden, making it a hassle-free copy of the Boboli Gardens, with English lawns, sculptures and arches.

After the death of Stefano's son, the park comes to desolation, while in our century the park becomes the property of the state, which also took its restoration.

Walk around the Bardini Garden

The garden is a perfect escape from big city noise and rush. Enjoy picturesque landscapes and view of Florence.

Bardini Garden on the map