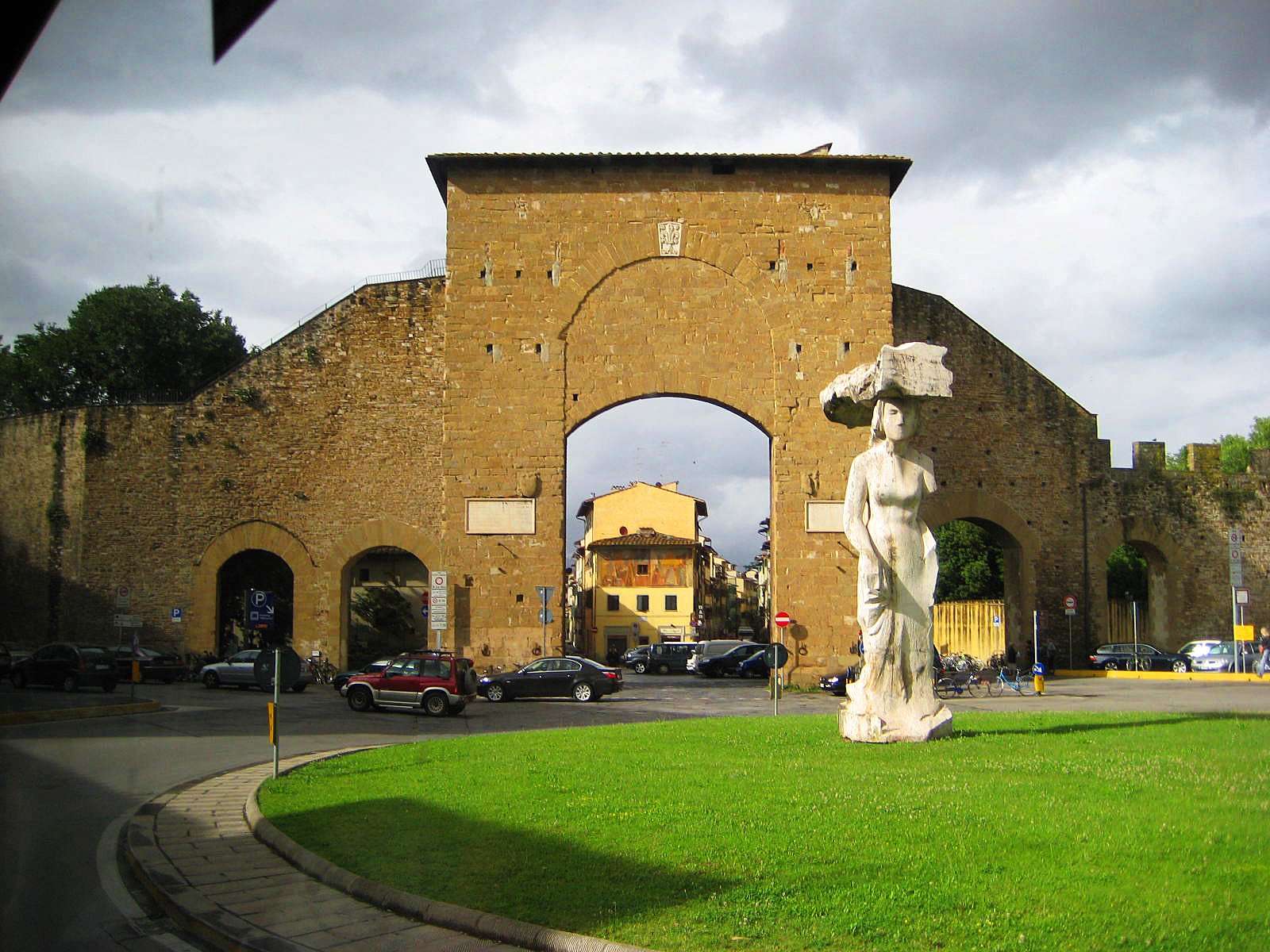 Porta Romana - a part of the wall, which previously ran around all of Florence. They were built in the 14th century and considered access to the road leading to Rome. Above the central arch of the Porta Romana you can see a fresco depicting the Virgin Mary with the Child and Four Saints.

In the square next to the Porta Romana is a statue depicting a woman carrying on its head one more woman. The statue is called "Meeting of the past with the future."

In the evenings on the square are many street performers, plays a gay music, fairs are held, there are stalls with fruit and Italian pastries.

Porta Romana on the map