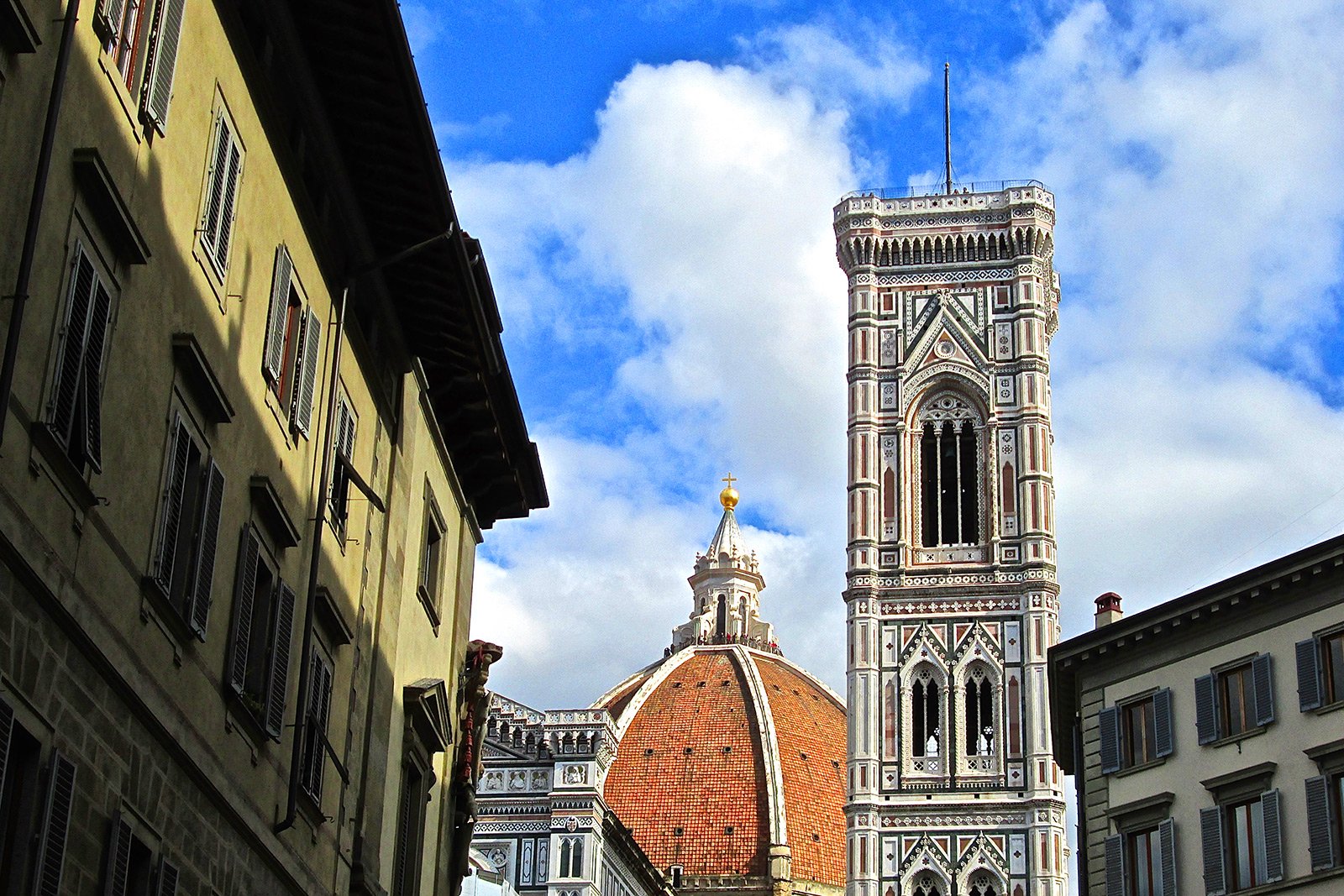 Almost 90 meters in length, Giotto's Bell Tower (Campanile di Giotto) is a magnificent example of Gothic architecture of the 14th century. Over its creation worked several architects, and its lining is made up of three types of marble - white, red and green.

The base of the Giotto's Bell Tower is decorated with bas-reliefs, statues by Donatello (although many of them are replaced by copies), and in the entrance to the bell tower is located Madonna and Child. In one of the recesses you will find a bell.

You can visit the Giotto's Bell Tower, at the top of it is a gallery with a panoramic view of the city.

Giotto's Bell Tower on the map