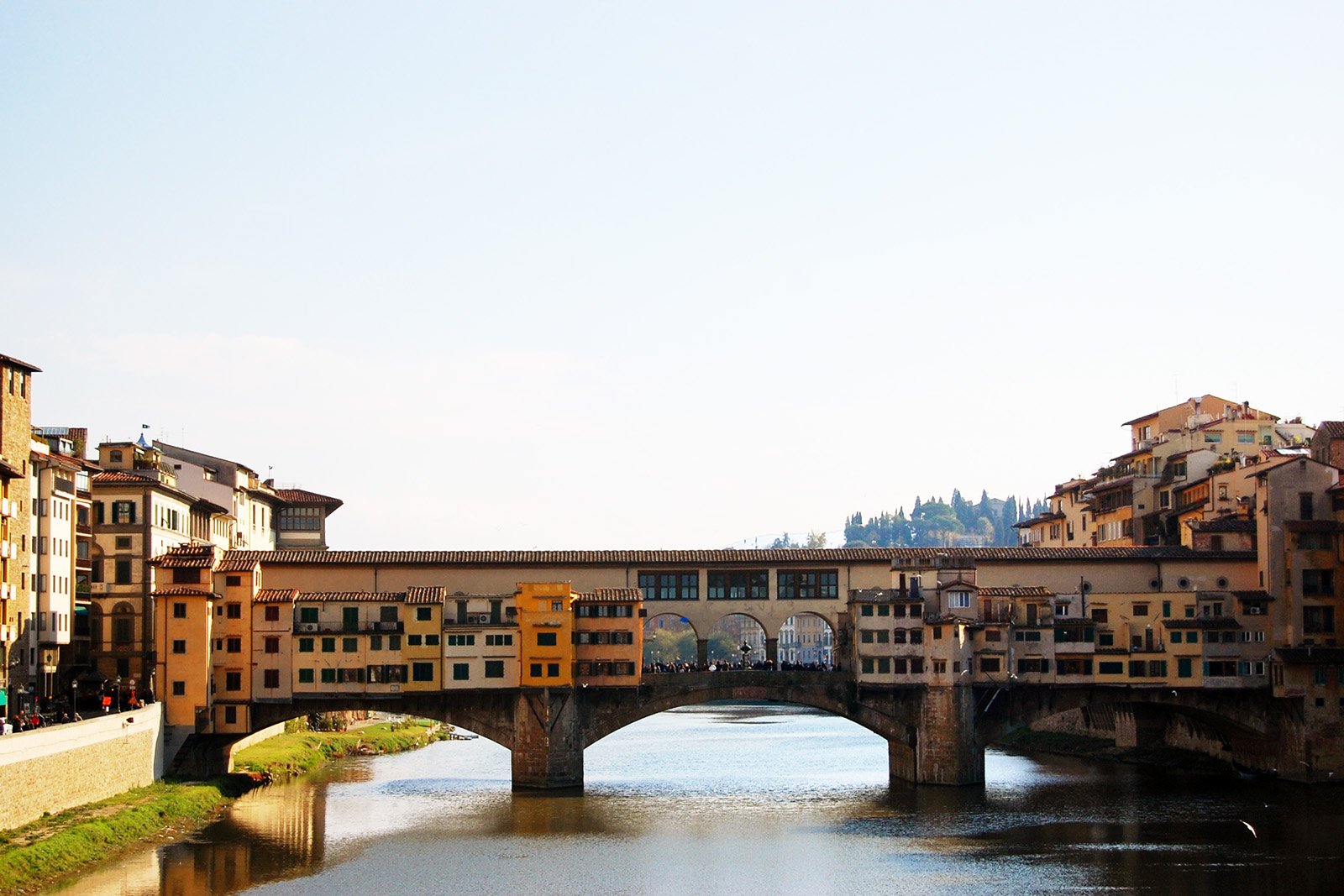 In past this medieval bridge was known for its smells: the butchers who was selling meat on the bridge thrown its parts into the river.

Then butchers shops were replaced by jewelry stores, and locals began to call this place "golden bridge".

The famous Vasari Corridor is placed here and also the bridge offers spectacular views of the Arno River.


Ponte Vecchio on the map