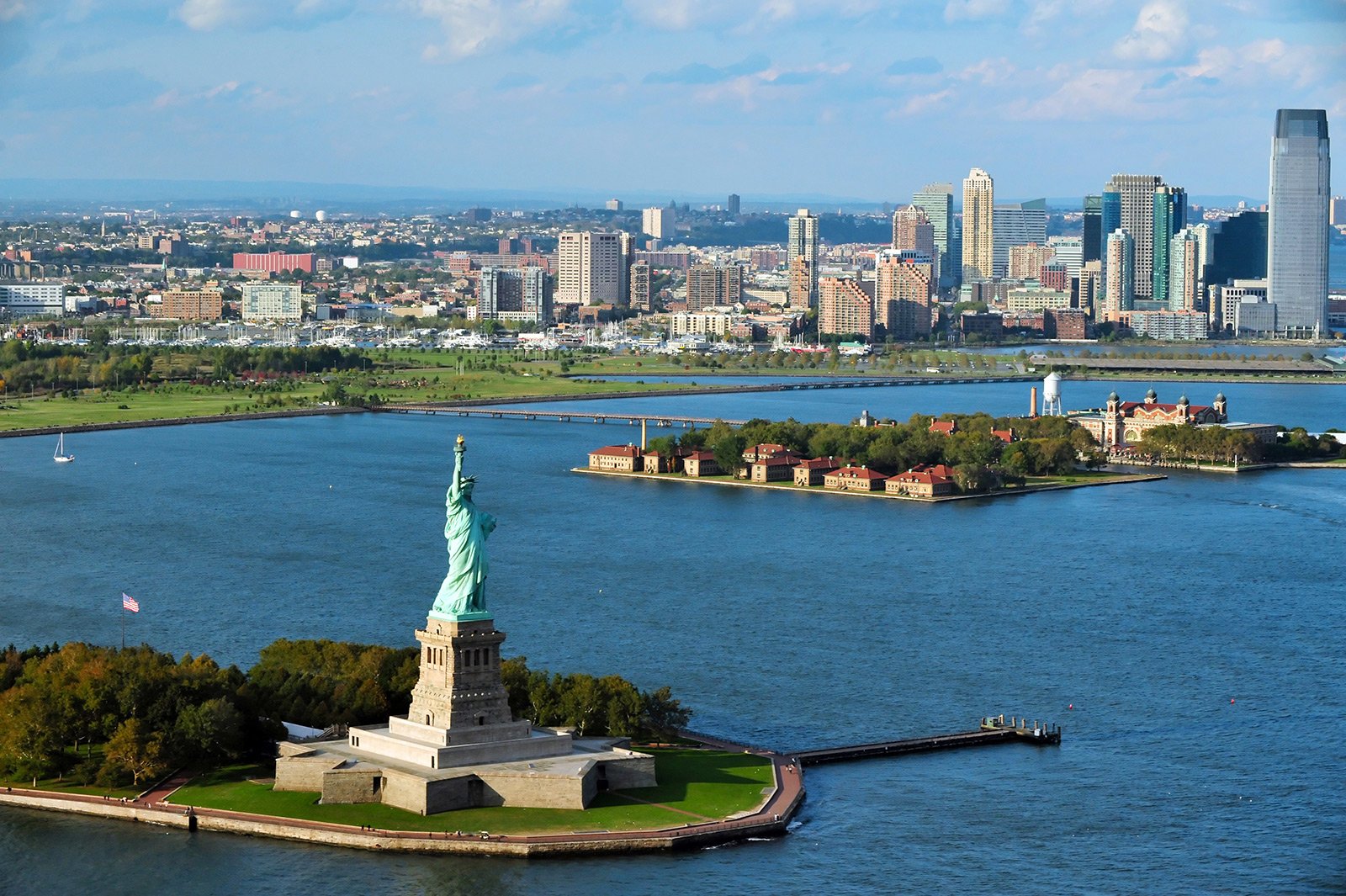 The major monument of America is undoubtedly the Statue of Liberty. It is depicted even on the national currency. The monument, located on the tiny Liberty Island, symbolizes the might and power of the USA. The full name of the monument is "Liberty Enlightening the World".

The overall height of the monument is 93 meters, while without the pedestal it is 46 meters high. In the middle of the 19th century, France presented the statue to America as a gift to the people of America, fighting actively for the ideas of democracy and independence. The project was developed by sculptor Frédéric Auguste Bartholdi.

The opening ceremony of the Statue of Liberty took place in the autumn of 1886. The monument was unveiled by President Grover Cleveland. In spite of the fact that the monument symbolizes democracy, only men were present at the ceremony. The exception was made only for two women: the wife of Frédéric Auguste Bartholdi, the sculptor, and the little daughter of Mr. Lessens (the head of the committee, dealing with building the statue).

People still argue about who was the person whose face was commemorated by the sculptor in the major American symbol. One of the versions is that it was the sculptor's mother; according to the other one, it was a French woman Isabella Boyer.

The only way to get to Liberty Island is by the ferry. One of the ferries takes off from Manhattan Ferry Terminal, the other one – from Jersey City Ferry Terminal.

The Statue Of Liberty on the map