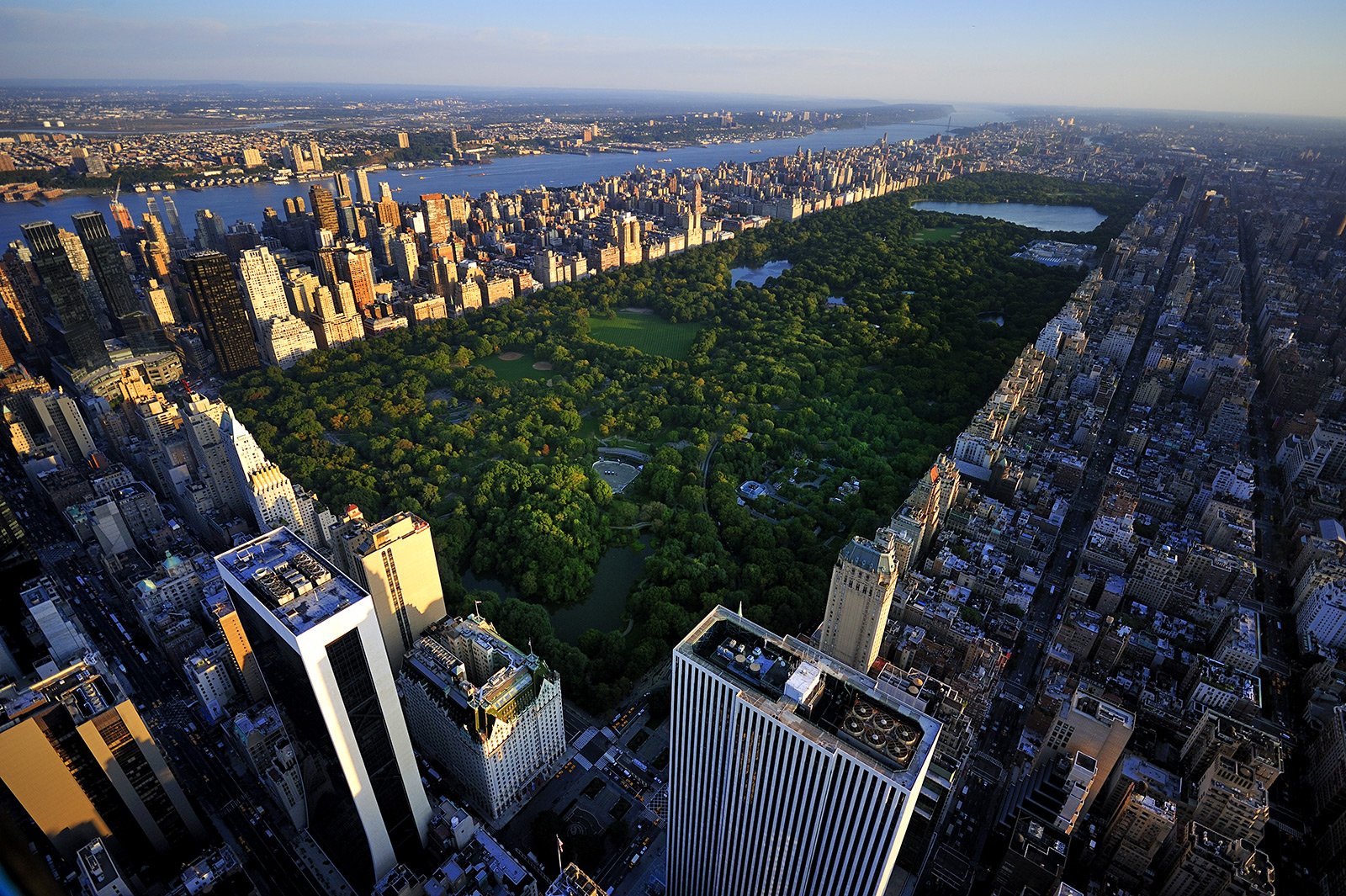 The largest park in the USA is located in the very center of Manhattan. Although Central Park looks very natural, all its picturesque landscapes are man-made. 35 million visitors come to the park each year to enjoy the silence of the solitude of the park, walk the narrow trails, and take a breath of fresh air.

The huge park area houses more sights, than you can imagine. The most famous of them are Strawberry Fields dedicated to the memory of John Lennon, Jacqueline Kennedy Onassis Reservoir, Belvedere Castle, Shakespeare Garden, five waterfalls, ice rinks for professionals and amateurs. You can move around Central Park on foot, on a rented bike or even in a horse-drawn carriage.

Central Park is known throughout the world as more than 250 Hollywood movies and TV shows have been shot here. The area of the park exceeds the area of the Principality of Monaco. It could accommodate 16 million New York apartments!

Central Park on the map