Have a walk through the haunted hotel which will soon succumb to the wilderness of the jungle. 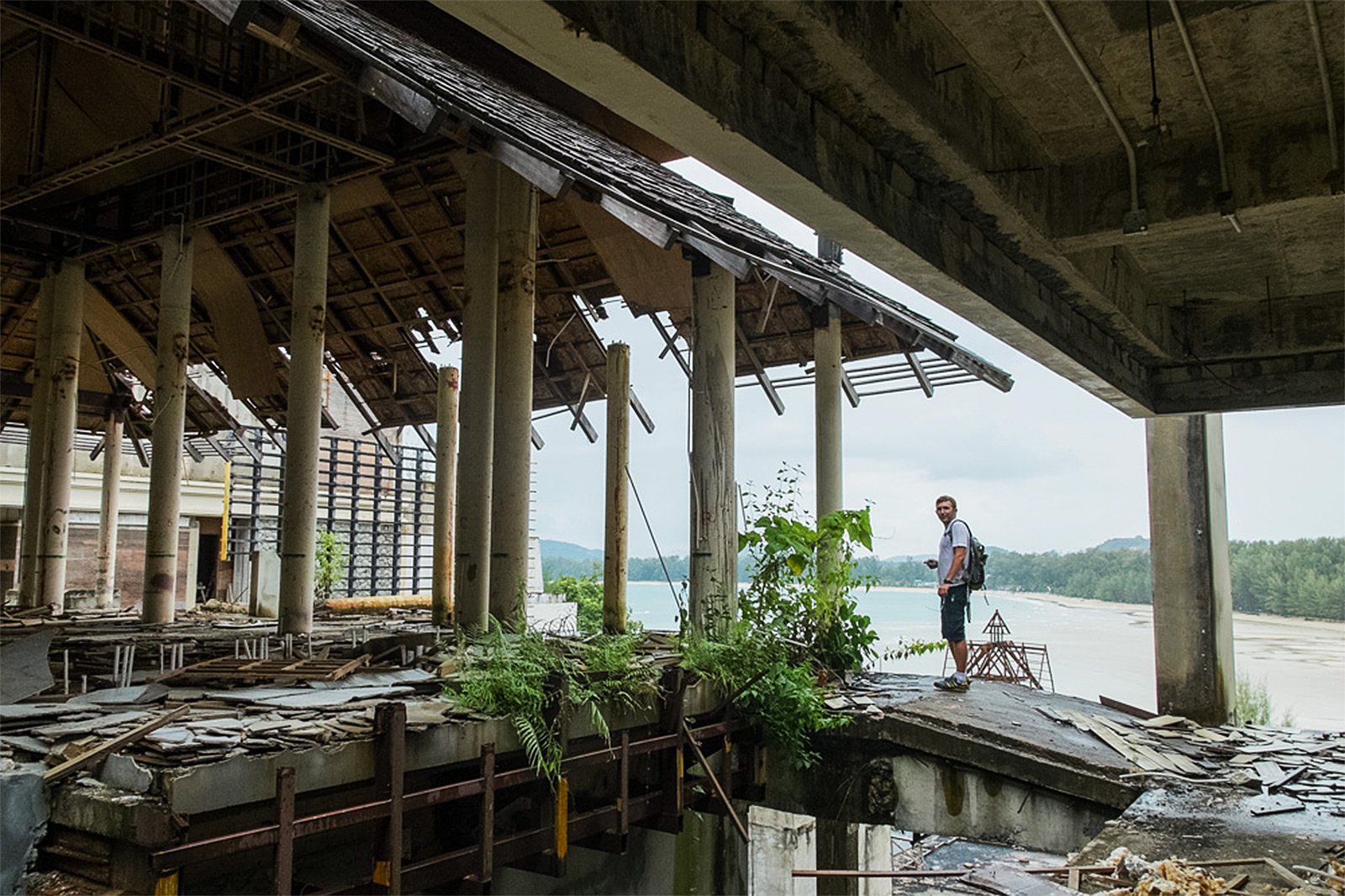 The Peninsula Spa&Resort Hotel could have been a refuge for the romantic couples and people looking for a getaway in a quiet Paradise overlooking the sea. However, it is doomed now, having never opened up shop. The building was left unfinished, and the hotel was abandoned at the final stages of construction.

This could have been the coziest of places — each suit has its own small pool, bathrooms with marble finishings and the spectacular view of azure sea waters. But now it is abandoned and desolated, and you can only picture its former glory by using your imagination. This haunted hotel is nearly drowned by the greens of the jungle.

The Peninsula Spa&Resort Hotel is situated on the coastline, with plain access for all who wish to explore it. 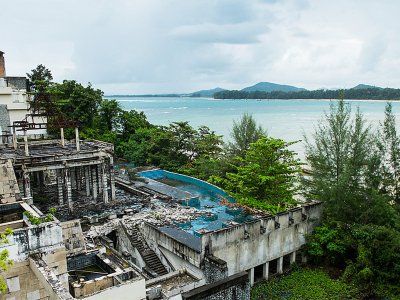 Abandoned and forgotten, this hotel has become a local attraction of its own, surrounded by myth and legends already.

don’t forget to put proper shoes on before walking inside, and be careful wandering the premises of the haunted hotel, as you can find broken glass and construction trash everywhere.
← Pay for a tile to support the construction of Big Buddha#75 of 114 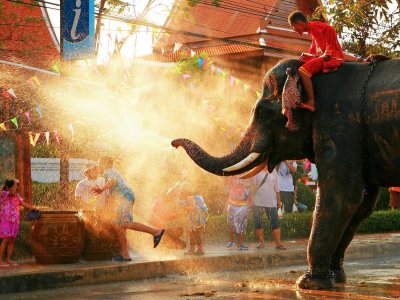 The tradition of impetuous water splashing during this holiday not only cheers up but is believed to purify souls. 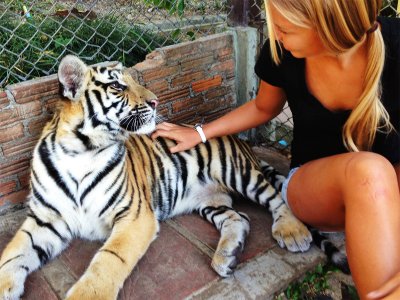 Here you can pet the adult tigers, play with the cubs and even give them milk. 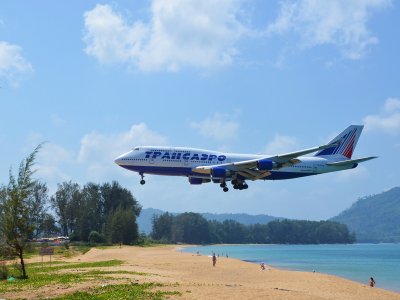 Watch the plane landing in a glissade

The magnificence of planes flying right above your head will forever capture your heart. 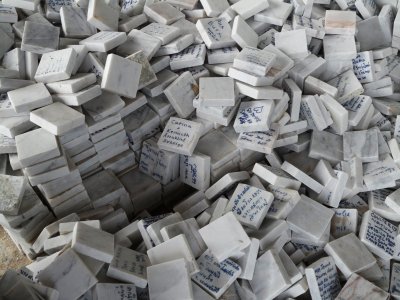 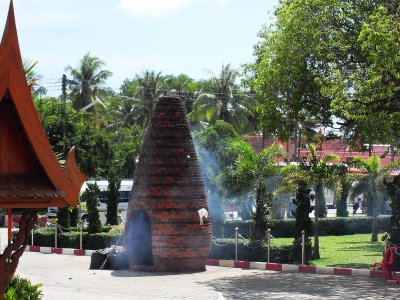 Set off a Firecracker at a Temple

Did you know that setting off firecrackers in the right place at the right time could turn out to be a real karma ritual? 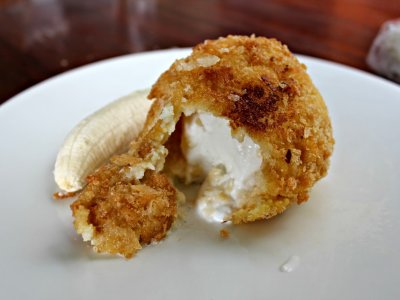 In Phuket you can try out an unusual, but very tasty dessert that will impress any sweets lover. 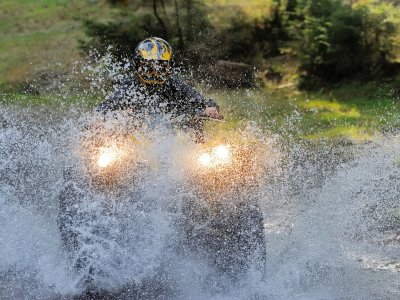 Ride a quad bike in the jungle

Extreme quad biking in the jungle will be a bright flash back of Thailand. 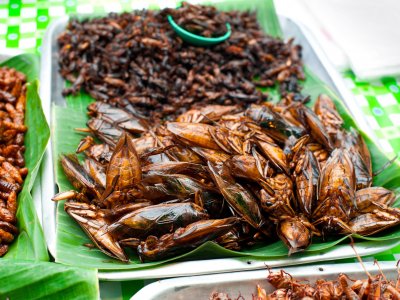 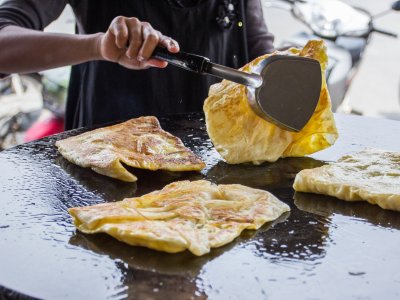 Fruits wrapped in a fragrant freshly baked pancake and drenched with sweet sauce. 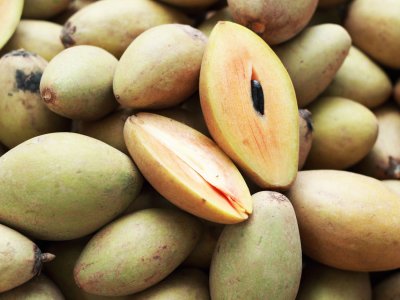 Because of the short-term storage period you can try out the tasty and healthy sapodilla only in tropical countries — do not miss this chance! 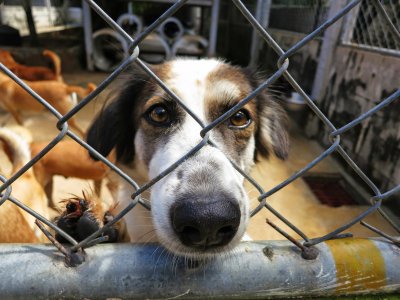 Stray dogs need support — help them gain faith in people and give them a chance for a second — and a happier — dog life!