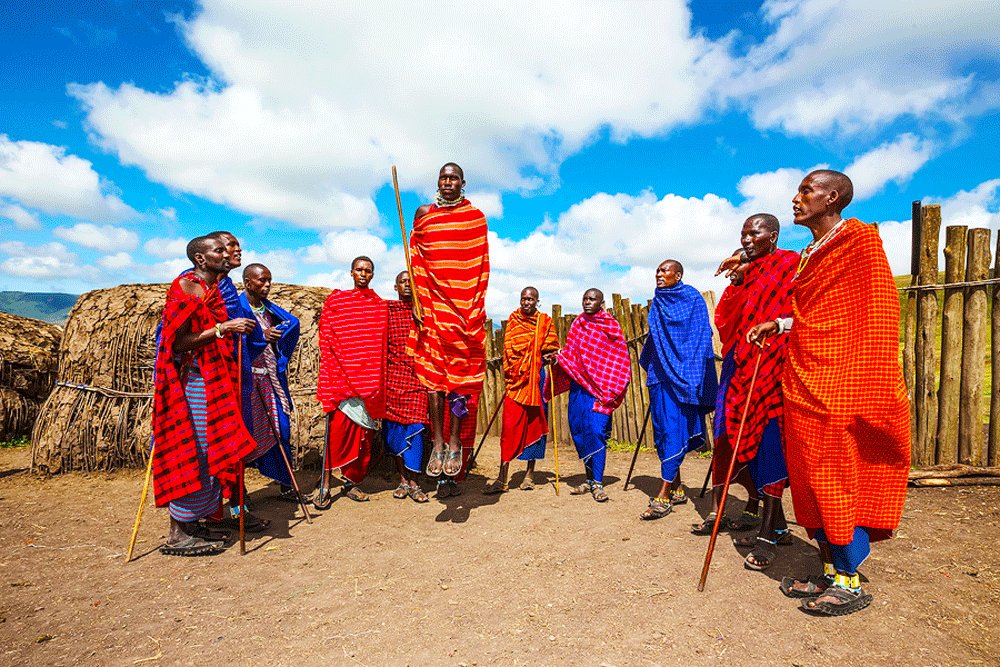 Maasai tribes migrated to Tanzania from the Nile bay in Sudan. Most of them - about 500 000 people - inhabit the northern part of the country. 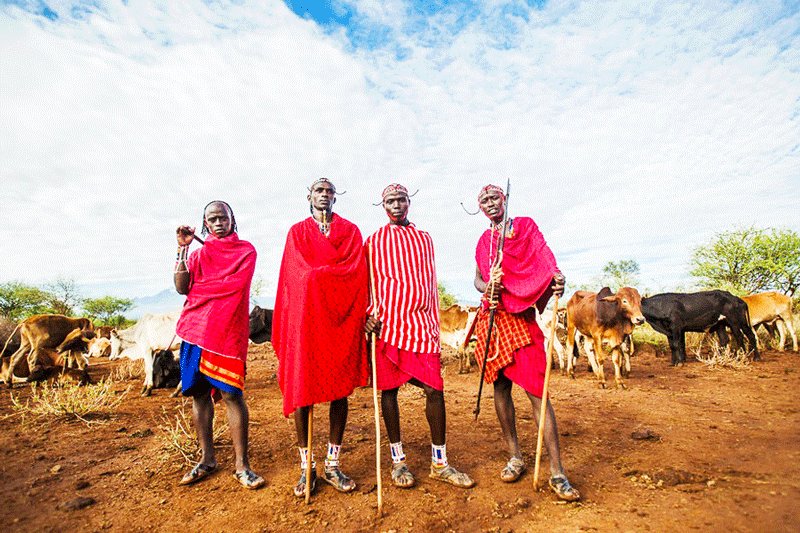 Photo: Maasai traditionally wear red tunic and hold a spear at the ready

Maasai men are known for their warlike character, but their main activity is cattle grazing. They spend free time talking and wandering around savanna. Women bear all mundane tasks: raising children, preparing food, carrying water and even building houses.

The main food of maasai is meat, milk and also cows' and goats' blood. When they are run out of their own cattle, maasai feel free to steal from other tribes - they believe Gods left all the flocks and herds on the planet for maasai as for specially beloved. 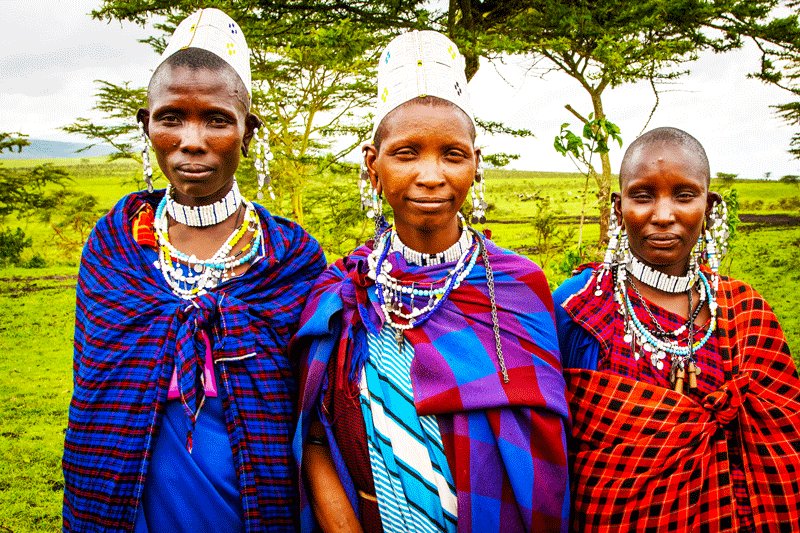 Jewellery is considered to be an important attribute of the tribe. At the age of 7-8 children get their ears pierced with a shatter of a horn and then a hole in the lobe is widen with a piece of wood. The more jewellery stretches down lobes the more attractive and respected a person is.

1. Maasai tribe inhabits savanna at the bottom of Mount Kilimanjaro and on the territory of Ngorongoro Conservation Area. Huts of the tribe are not visible from a distance as they are only 1,5 meters high. To find the way to the tribe's settlement, hire a guide in Arusha. 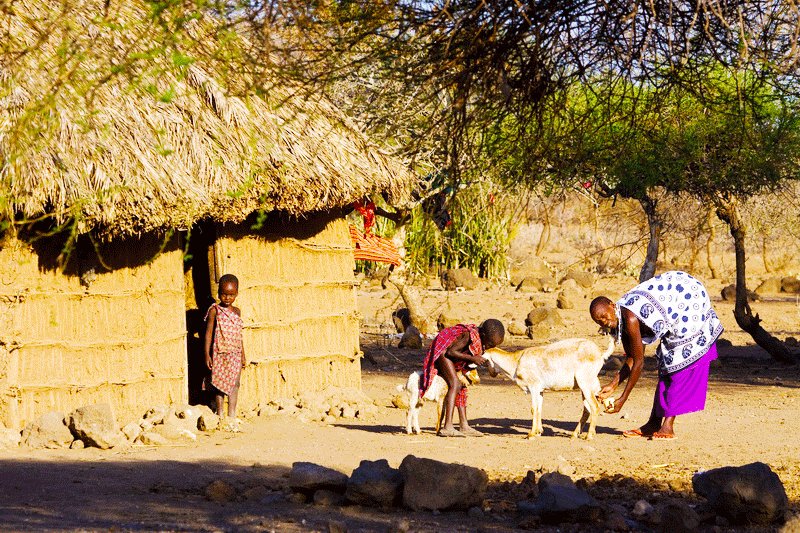 2. Maasai village consists of 5-7 thatched huts, fenced with thorn-bush stakewall to protect from leopard and hyena attack. If you want to get in the village, you have to pay $50 to the tribe elder. Competitions between young warriors starts about nightfall and continuous to the sunset - each of them tries to jump as high as he can to prove agility and possibility to protect the tribe. 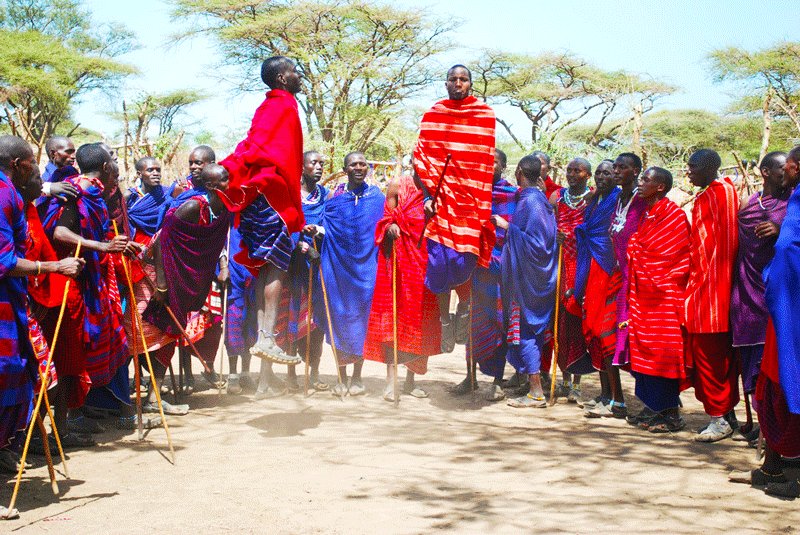 3. You can arrange with locals about staying overnight to see the tribe do their daily routine. In the morning they'll show you their school.

Going to the tribe grab some presents for children, and a bottle of strong alcoholic drink for the chief.
← Visit Datooga tribe#1 of 12