Have a dinner in an unusual setting — here you will be waited on by real Japanese samurai robots. 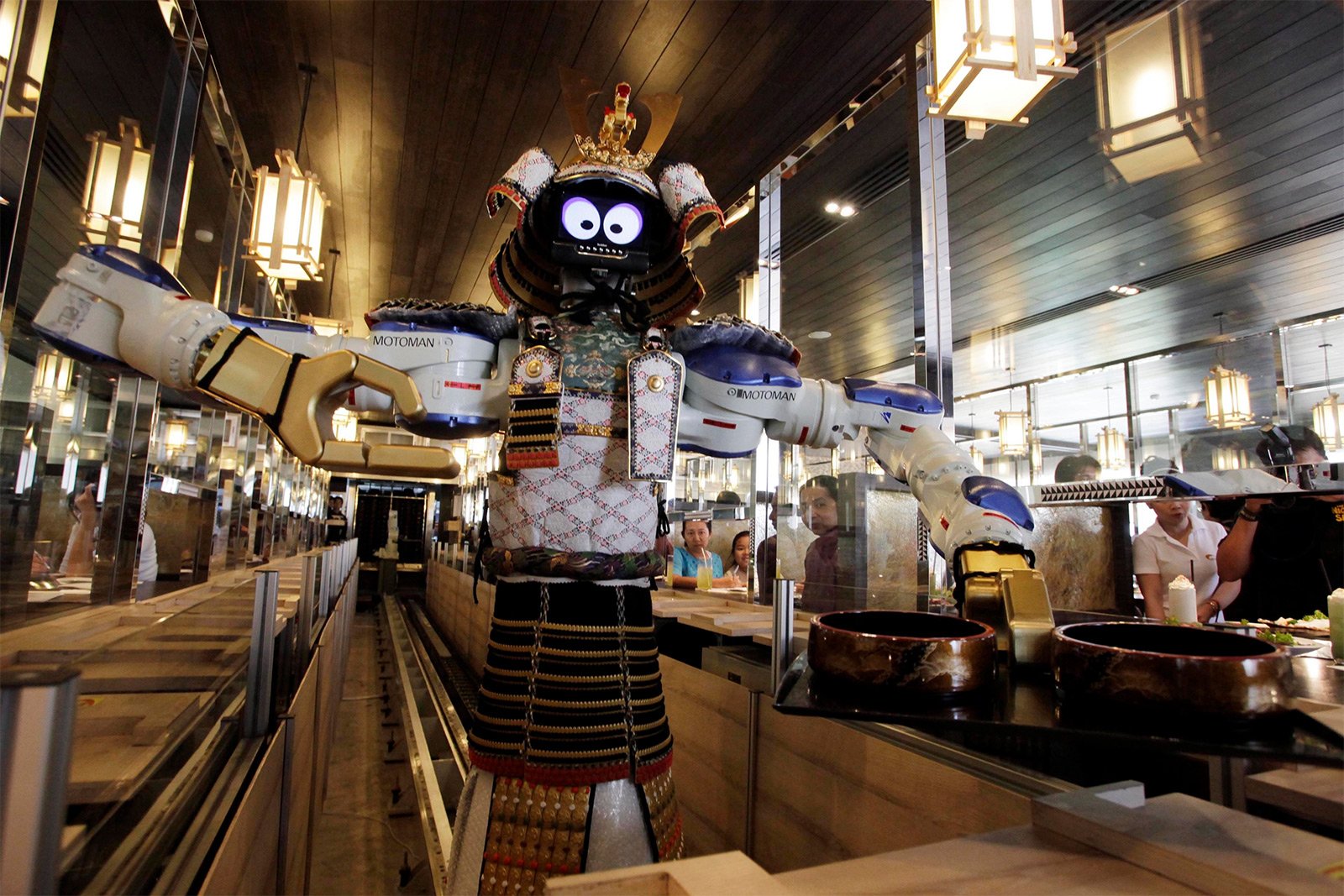 If you think you’ve seen it all, try visiting the Hajime Robot Restaurant – a place where you will be served by real robots! This crazy idea once occurred to an ingenious businessman who ordered two robots from Japan and appointed them waiters at his Japanese restaurant.

At Hajime Robot Restaurant you can either cook by yourself from a choice of fresh ingredients in the menu, or you can order cooked meals of Japanese, European or Thai cuisines. Before taking a place at the restaurant, make a decision of whether you want to boil or grill your food – the restaurant has tables with electric stoves and those with circular openings in the middle for burning coals.

The terminators are clad in the traditional armor of Japanese warriors, and one of them will readily trot towards you and lay the table, once you’ve made your order via the interactive menu.

The venue is not particularly known to the public, so if you’d like to take some rest from the noisy tourist crowds in the company of terse stainless waiters, that’s the place for you! 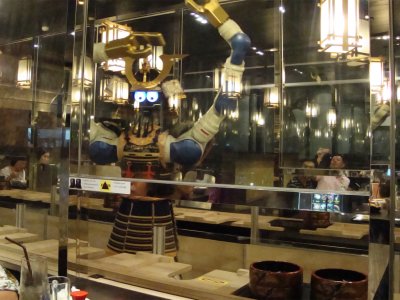 At this Japanese restaurant you can order ready meals or cook them by yourself, but its main feature is its robot waiters!

the average check for two 700 baht.
← Get on the roof of the highest skyscraper#5 of 43

More things to do in Bangkok 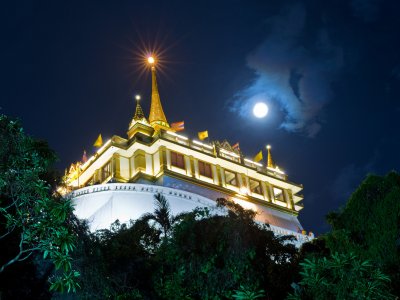 Get on the top of the Temple of the Golden Mount

Follow the winding path on the huge Golden Mount to admire the beautiful view of the old city. 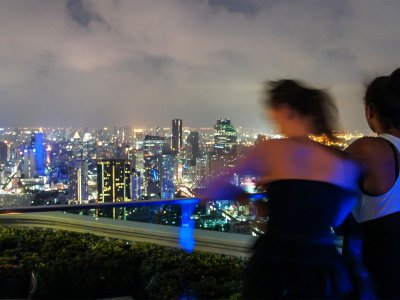 Drink a cocktail on the roof of a skyscraper

Do not deny yourself the pleasure of visiting one of the highest bars in the world. 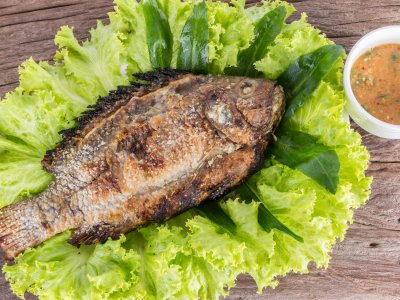 Be sure to take a side dish to this fish grilled with herbs – it will only emphasize the delicate flavor of the white fish meat. 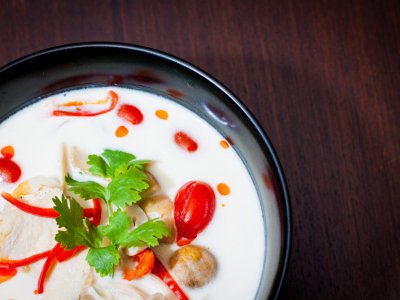 This dish is one of the most popular dainties of the Thai cuisine – an unusual soup with coconut milk, chicken, seafood and sometimes even mushrooms. 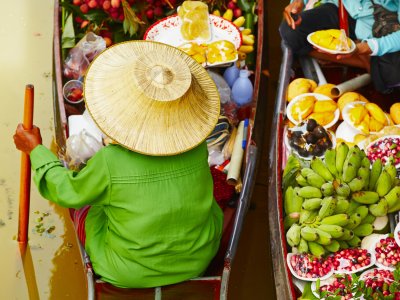 A vibrant traditional Thai market on the water, where you can buy souvenirs and fruits, and try some local dishes. 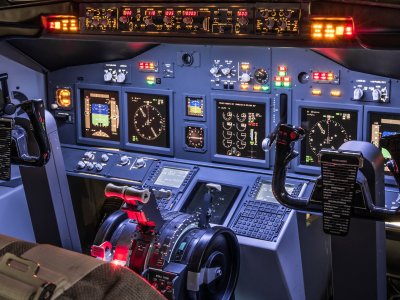 You will have time to do two take-offs and two landings, and even to try landing the aircraft during a snowfall! 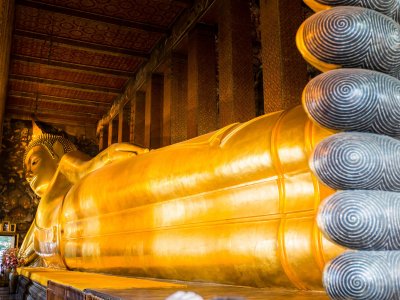 Make a wish at the Temple of the Reclining Buddha

There is a special ritual of making wishes in one of Bangkok’s most ancient temples. 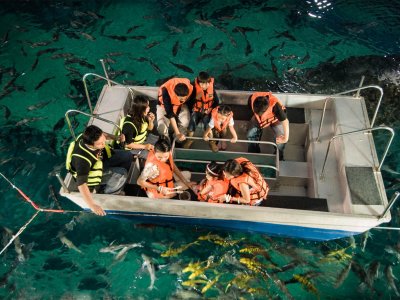 Ride on a boat with a glassed floor 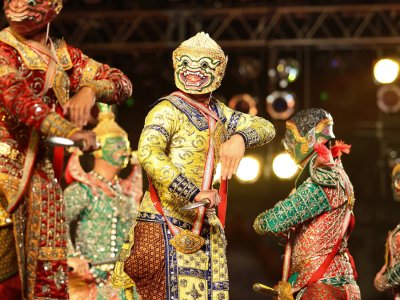 The actors’ ravishing costumes and rich setting will get you involved. 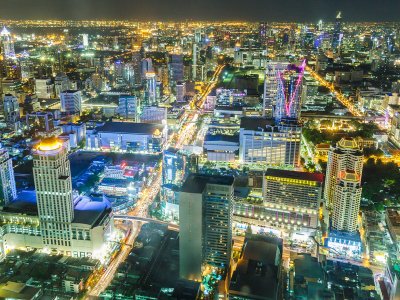 Get on the roof of the highest skyscraper

A high-speed glass elevator will take you to the observation platform at a height of 309 meters. 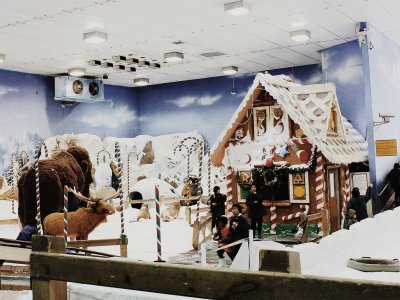 Enjoy winter fun at the height of the hot tropical summer! Come to throw snowballs and go sleighing.

Share your ideas of what to do in Bangkok with other travellers — together we'll make our travellings more interesting!