Celebrate the summer at the main Spanish fiesta - La Tomatina, and struggle in tomato battle. This happens only once a year! 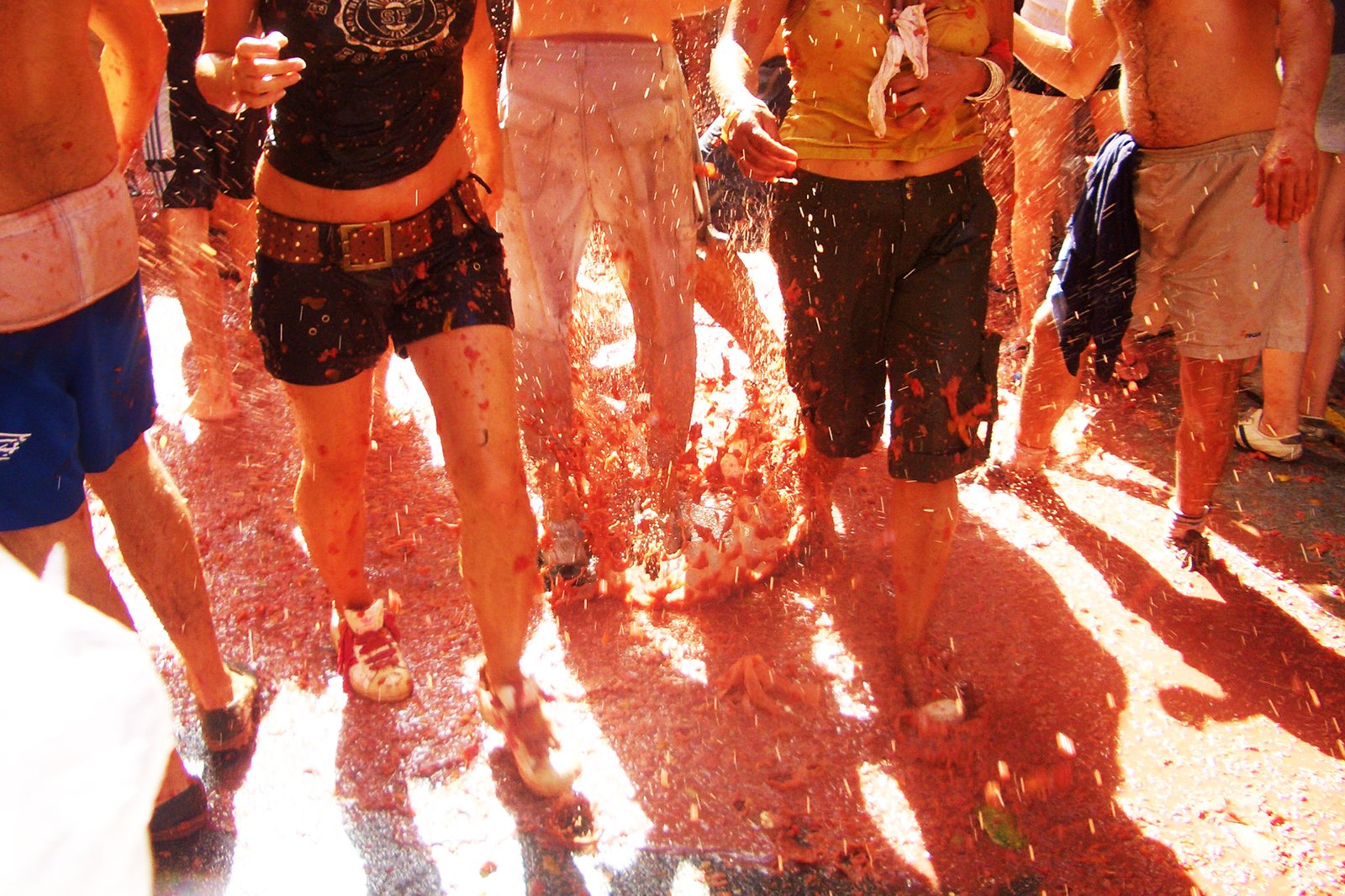 Every year, the Spanish traditionally escorts the summer with dances, the sea of sangria and tons of ripe tomatoes. In the last week of August, the locals and adventurous travelers head west from Valencia, to the small town of Bunol, to fight in La Batalle del Tomate. 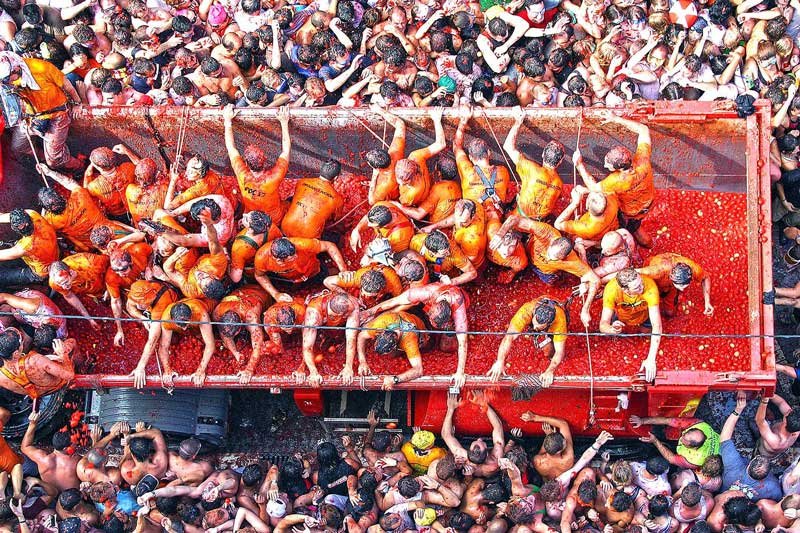 For the time of the tomato battle, all the shops and restaurants are closed in the city. As the firecrackers are released from the city hall to the square at 11 a.m., a few trucks with tomatoes take out to the crowd. And the battle begins! All this attraction with tomato souse underfoot, happy faces and stained T-shirts lasts about two hours. The goal is to throw as much as possible the tomatoes into the «enemies» nearby.

After tomato battle, take part in the traditional drawing of the dried ham of the Iberian pig, which takes place right on the square near the town hall.

1. Book a trip to the Tomatina Festival on the official website. You can buy a ticket from Valencia, Barcelona, ​​Madrid, Costa Blanca, the regions of Murcia and Andalusia.
2. Find out about the time of departure of the bus. Don't forget to take an extra clothes and a zeal for victory in a tomato battle.
3. Stay on the square after the tomato battle and try your luck in the hoop of the ham of the choicest jamon - bring a trofphy home!

The price includes: a transfer to the venue of the festival and back, insurance, entrance ticket for the tomato battle, sangtia and paella, a shower and a branded Tomatina T-shirt.
Languages:

More things to do in Valencia

In the city of the future you will find an amazing children's playground in the shape of Gulliver.

City of Arts and Sciences
#7 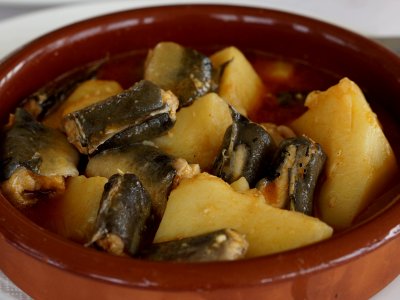 Taste a classical delicacy of Valencian cuisine from young potatoes with fresh eel in a fragrant garlic sauce. 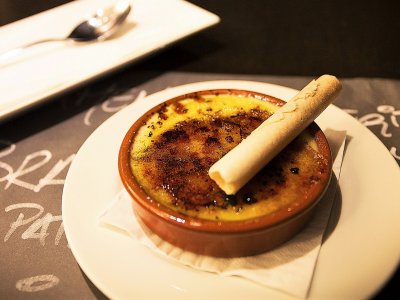 Trully Catalan dessert is very similar to creme brulee, but still has several differences - it is prepared of cream and with the addition of vanilla. 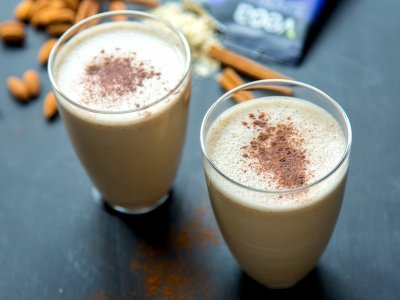 It's so nice to pamper yourself with a seasonal cool nut drink in his homeland, sitting in the shade of a huge tree. 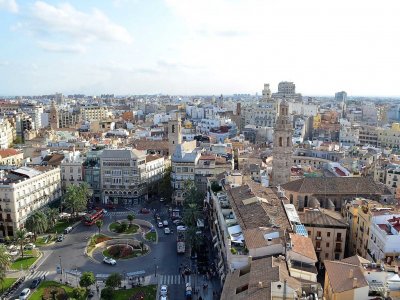 Watch the city from the Miguelete Tower

Miguelete Tower is visible from any point of Valencia. And all Valencia is perfectly overlooked from its roof. 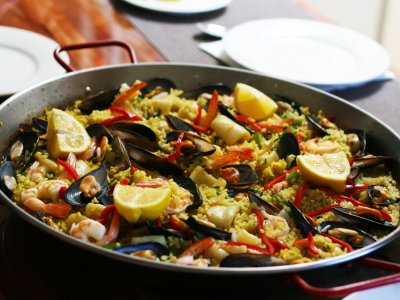 Traditional paella of rice and seafood is served in a frying pan and eaten with a glass of red dry wine with soda. 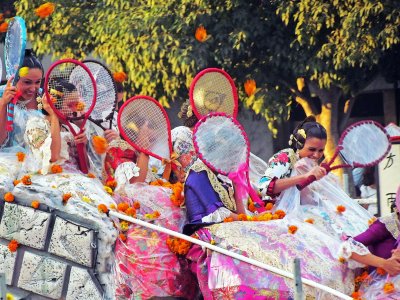 Get in the rain of carnations in Valencia and collect an arsenal of the scattered flowers. 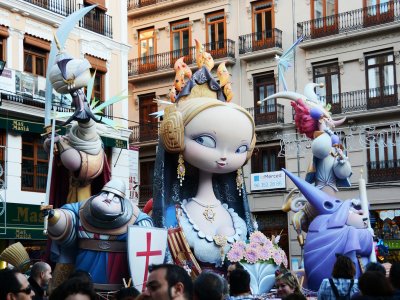 See Valencia the procession of huge dolls throughout the streets of the city of Valencia - the oldest one will be burned on the night of the feast of St. Joseph. 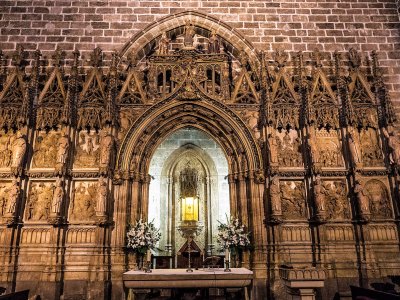 Watch the cult biblical cup of Jesus in the Valencian Cathedral. According to legend, it brings grace and prosperity to everyone who saw it.

Share your ideas of what to do in Valencia with other travellers — together we'll make our travellings more interesting!